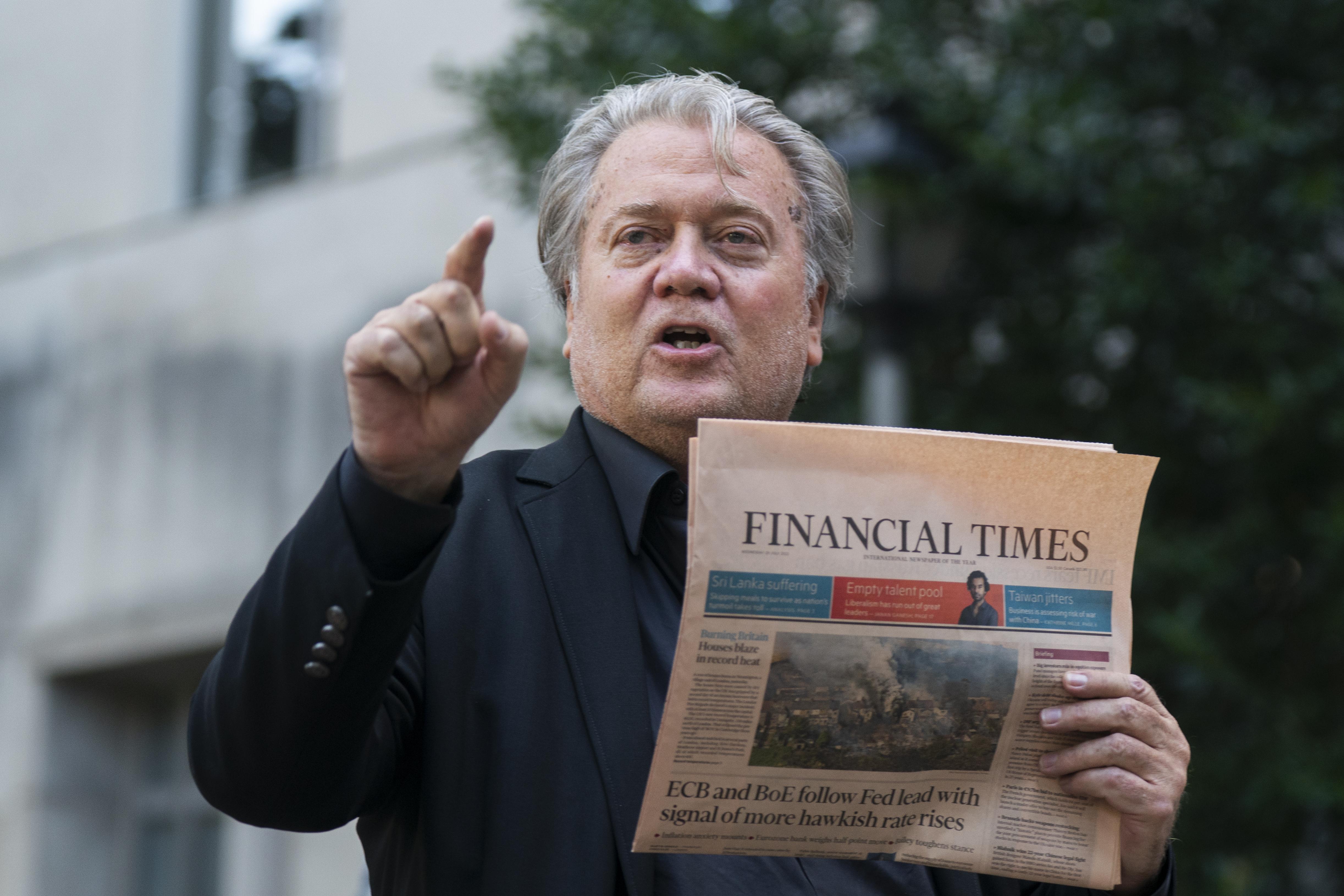 The federal judge presiding over Steve Bannon’s criminal contempt of Congress trial said Wednesday he would refuse to allow the case to become a “political circus.”

U.S. District Court Judge Carl Nichols issued that promise as he ruled to bar Bannon’s defense team from asking questions about the motives of individual members of Congress who supported subpoenaing Bannon to testify about matters related to the Jan. 6 attack on the Capitol.

“I do not intend for this to become a political case, a political circus, a forum for partisan politics,” Nichols said.

His comments came after Justice Department prosecutors warned that they viewed Bannon’s initial defense in the case to be an attempt to inject politics into the mind of the 14 jurors observing the case. Bannon’s defense attorney, Evan Corcoran, spent his opening argument describing the House as an inherently political body whose members are consumed — first and foremost — with the impact of politics on their actions.

The debate underscores concerns within DOJ about the potential for Bannon to use his trial — for defying a subpoena from the Jan. 6 House select committee — to advance his own political brawl with congressional Democrats.

On Tuesday, Bannon emerged from the courthouse at the end of the trial’s first substantive day and disparaged the select committee, describing its chair, Rep. Bennie Thompson (D-Miss.), as a “disgrace” and accusing its members of lacking the “guts” to testify against him.

Speaking to a phalanx of video cameras and journalists covering the high-profile trial, Bannon also complained that the proceedings were unfair because his effort to subpoena Thompson and others have, so far, been rebuffed by the judge.

Despite Nichols’ vow and prosecutors’ concerns raised Wednesday, there was no mention in court early Wednesday of Bannon’s fusillade of verbal attacks unleashed just outside the courthouse door.

While prosecutors complained last year about inflammatory comments by Bannon soon after the misdemeanor contempt charges were filed, prosecutors did not raise Bannon’s latest salvos during their presentation to the judge Wednesday morning. It’s unclear whether any jurors in the case may have overheard or passed by while Bannon was speaking.

Bannon’s attorneys contended that their opening arguments were within bounds that the court had laid out and that it is reasonable for them to ask questions about the biases of witnesses in the case.

“[Government] counsel seems to be worried about us turning this into a political circus,” Corcoran said. “That’s not our intention and that’s not what we did in the opening.”

After some back-and-forth, Nichols ruled Wednesday that some questions about the purported biases of individual witnesses would be permitted, but that Bannon’s attorneys could not ask committee staffers about the alleged biases of Thompson or other committee members.

The panel’s members, House Speaker Nancy Pelosi (D-Calif.) and House General Counsel Douglas Letter have formally objected to being subpoenaed in the case, arguing that the Constitution’s speech-or-debate clause precludes them from being forced to take the witness stand in the case.

Nichols hasn’t issued a final ruling on that legal issue, but said he could revisit it after the committee staff witnesses testify for the prosecution and face cross-examination by the defense.

The trial resumed Wednesday with continued testimony from one of those witnesses, Kristin Amerling, the chief counsel of the Jan. 6 select committee. Prosecutors elicited testimony describing the committee’s subpoena to Bannon, why it wanted to talk to him how the panel viewed his refusal to comply with the subpoena.