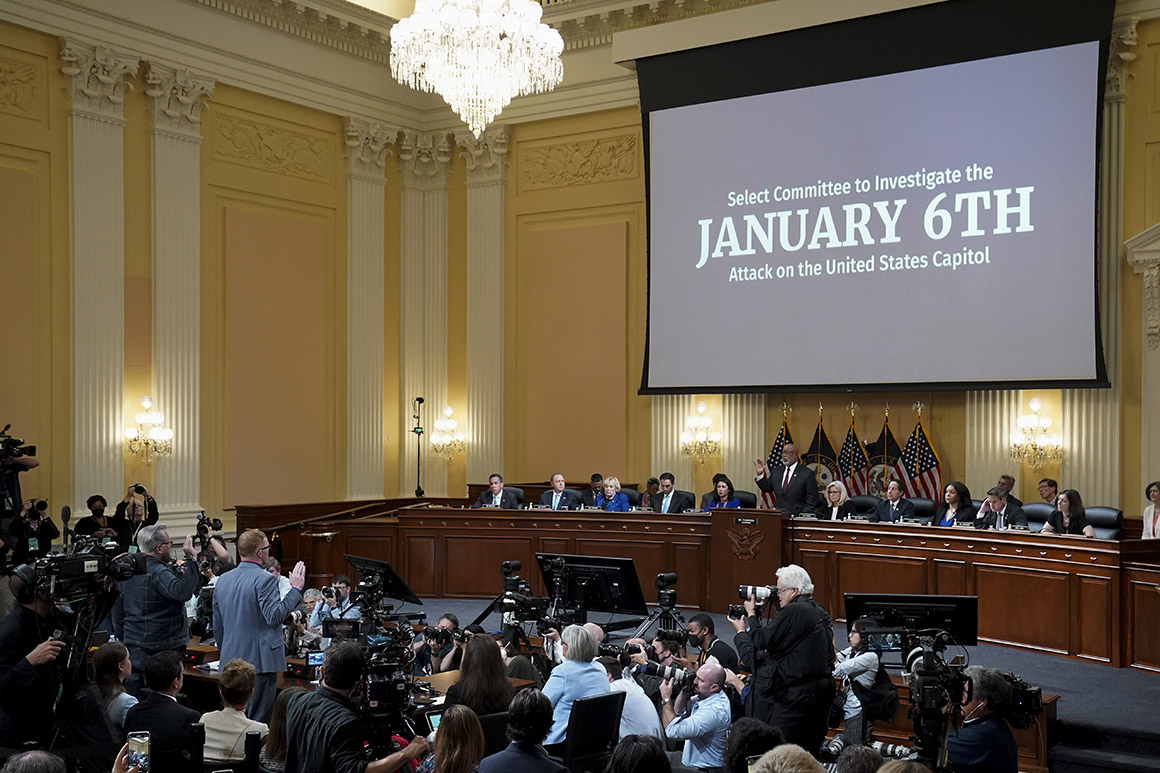 The Jan. 6 select committee once envisioned a single month packed with hearings. Then a fire hose of evidence came its way — and now its members have no interest in shutting or even slowing the spigot.

As its summer hearings show some signs of chipping at Donald Trump’s electoral appeal, select panel members describe Thursday’s hearing as only the last in a series. Committee members, aides and allies are emboldened by the public reaction to the information they’re unearthing about the former president’s actions and say their full sprint will continue, even past November.

The only hard deadline, they say, is Jan. 3, 2023, when Republicans likely take over the House.

Thursday’s hearing will focus on Trump’s hours of inaction on Jan. 6, 2021, while a mob ransacked the Capitol and supporters, aides and family members begged him to speak out. But beyond that, the committee is pursuing multiple new avenues of inquiry created by its investigation of Trump’s scheme to seize a second term he didn’t win, from questions about the Secret Service’s internal communications as well as leads provided by high-level witnesses from his White House.

“It’s been amazing to see, kind of, the flurry of people coming forward,” said Rep. Adam Kinzinger (R-Ill.), one of the panel’s two Republican members. “So it’s not the time to wind it down.”

The new open-ended timeline is a marked shift in the public posture of a committee that once eyed a conclusion as early as springtime, then looked to a September wrap-up. A confluence of forces, led by a series of recent breakthroughs, has led to its new posture.

A major reason to continue, for many select panel members, is the public discussion they’ve driven about what they see as an ongoing threat to democracy posed by Trump and his allies. With every new hearing, particularly as White House aide Cassidy Hutchinson described an enraged Trump directing armed supporters to the Capitol and trying to join them there, the panel has seemed to get further under the skin of the former president as he contemplates a third bid for the White House.

Each hearing has offered new insights about the Trump-driven push to unravel his loss based on false fraud claims — and as a result has motivated new witnesses to come forward. Aides and members say Thursday’s, featuring witnesses including former Trump White House press aide Sarah Matthews and former deputy national security adviser Matthew Pottinger, will be no different.

“The peak investigative time was probably February, March, or April,” he said. “It’s fewer interviews right now, but I don’t think that means we’re letting up. We’re doing some re-interviews of folks, but it’s important.” 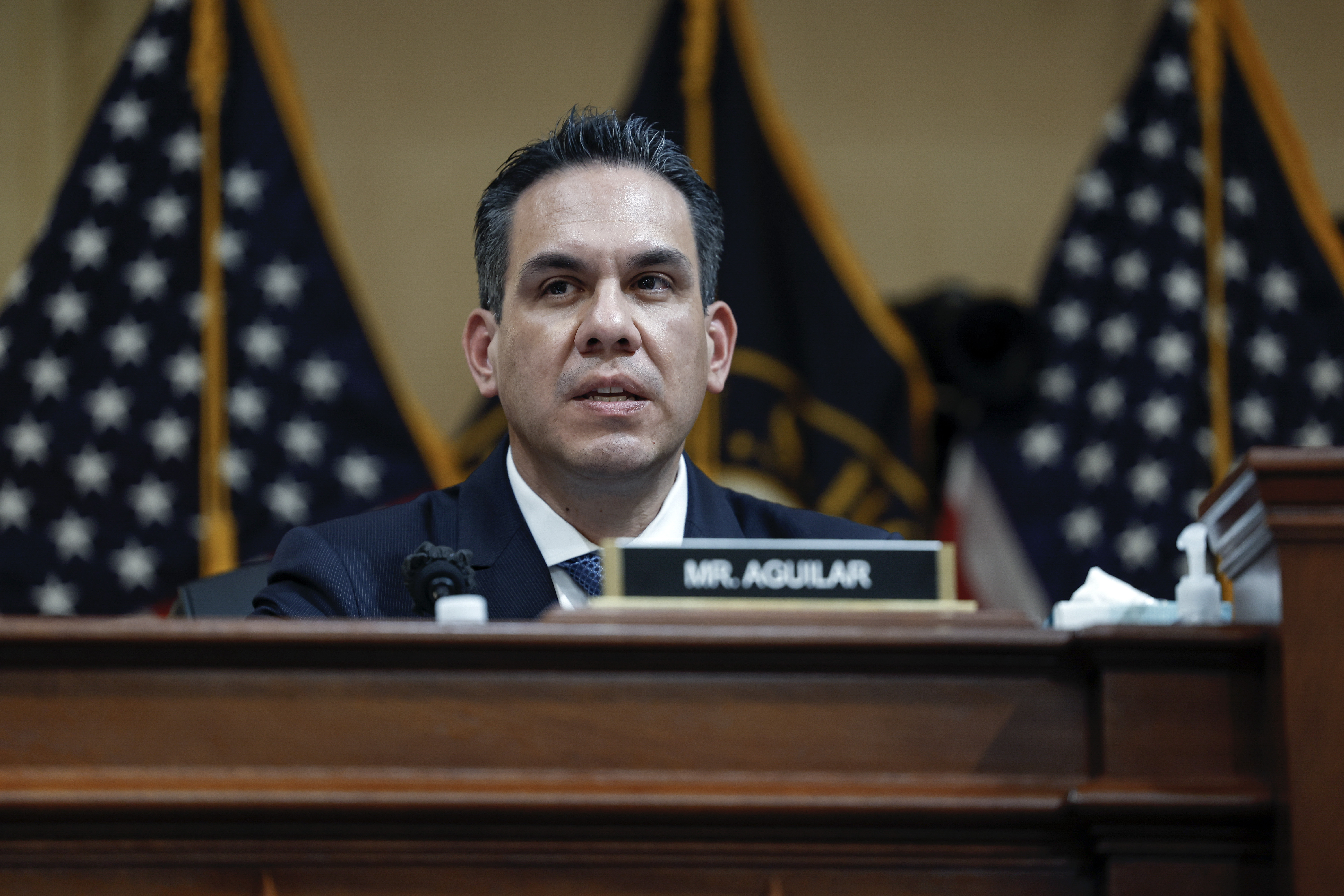 The panel has spent recent weeks highlighting several facets of Trump’s election subversion effort: his bid to deploy the Justice Department to help sow doubts about the election, his pressure on state legislatures to defy the will of voters by appointing alternate electors, his push for then-Vice President Mike Pence to single-handedly reverse the outcome, and the way his rhetoric activated domestic extremists and conspiracy theorists to march on the Capitol.

As Aguilar observed, the rhythm of witness interviews has remained steady, far from an indication of a wind-down. Former Overstock.com CEO Patrick Byrne participated in a lengthy interview Friday to discuss his participation in a Dec. 18, 2020, Oval Office meeting in which Trump and outside advisers discussed the prospect of martial law and seizing voting machines.

Steve Bannon, the erstwhile Trump ally whose criminal trial for defying a select committee subpoena began Monday with jury selection, has also indicated in recent days that he would cooperate with the select committee after months of defiance. But Bannon hasn’t made good on that yet, and the panel has indicated it wants to receive subpoenaed documents from him before agreeing to a belated deposition.

The committee is also pursuing leads revealed by Hutchinson, who testified last month that Trump was aware of armed elements in the crowd that he directed to march on the Capitol — and that he sought to join them there before staff and Secret Service officials stopped him.

Two Secret Service officials whom Hutchinson referenced — former White House deputy chief of staff Tony Ornato and Robert Engel, the head of Trump’s Secret Service detail — have indicated they may return to the committee to respond to some of Hutchinson’s testimony under oath. Despite interest among Trump allies in an attempt by either man to discredit Hutchinson’s version of events, neither have appeared yet.

A third official, the as-yet-unidentified driver of Trump’s SUV on Jan. 6, is also engaging with the committee about testimony.

Last week the panel subpoenaed the Secret Service, through its outgoing director James Murray, for internal reports related to Jan. 6, as well as reams of text messages sent by agents that day. The agency has said many of those messages were erased as part of a staff-wide phone upgrade that commenced last year; some may come into the select committee’s possession this week.

The select committee is also still weighing how hard to fight for the testimony of Virginia Thomas, known as Ginni, the longtime conservative activist and wife of Supreme Court Justice Clarence Thomas. She had become part of the select panel’s investigation after revelations she had texted Meadows, then White House chief of staff, and others about contesting Trump’s loss.

Ginni Thomas had also invited John Eastman, an architect of Trump’s post-election legal efforts, to speak to a conservative group known as the Frontliners about election litigation. Her attorney pushed back on the panel’s request for a voluntary interview last month.

Another significant indicator that the committee is unlikely to wrap up imminently: its staff has mostly stayed intact.

Typically, when congressional inquiries reach their codas, top investigators depart. So far, the Jan. 6 panel’s main teams remain fully staffed, with the only notable exits coming from former Rep. Denver Riggleman and senior investigative counsel John Wood, who left to run for Senate as an independent in Missouri.

Despite the newly open-ended timeline, the committee is still likely to produce a comprehensive report this fall. Its chair, Rep. Bennie Thompson (D-Miss.), has emphasized that the panel intends to spend much of the August lull compiling and distilling its 1,000 witness interviews and tens of thousands of documents into a cogent narrative. 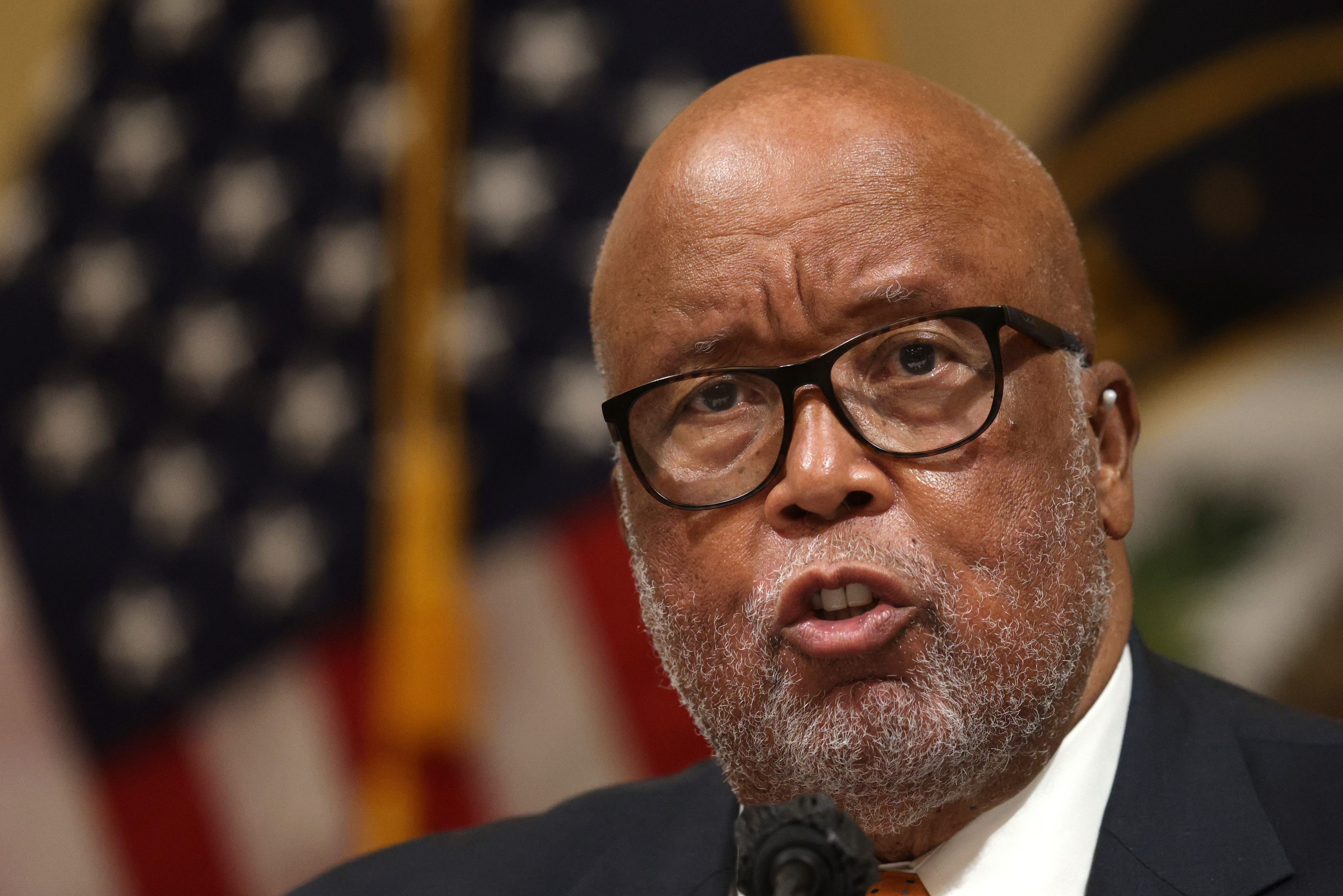 But in recent days, Thompson also floated the prospect of issuing an “addendum” to the report based on any findings the select panel makes later in the year.

“I would say we would be open for any information until we more or less finish,” Thompson told reporters Friday.

The committee’s prime-time hearing Thursday was initially viewed as framing its most explosive evidence yet: the story of Trump’s inaction while thousands of rioters battered Capitol Police, forcing Congress, Pence and a building full of aides to flee on the day lawmakers were required to count electoral votes showing Joe Biden defeated Trump.

As new material pours in and a potential second round of hearings gets slated for the fall, though, this week looks more like a season finale than a series ender.