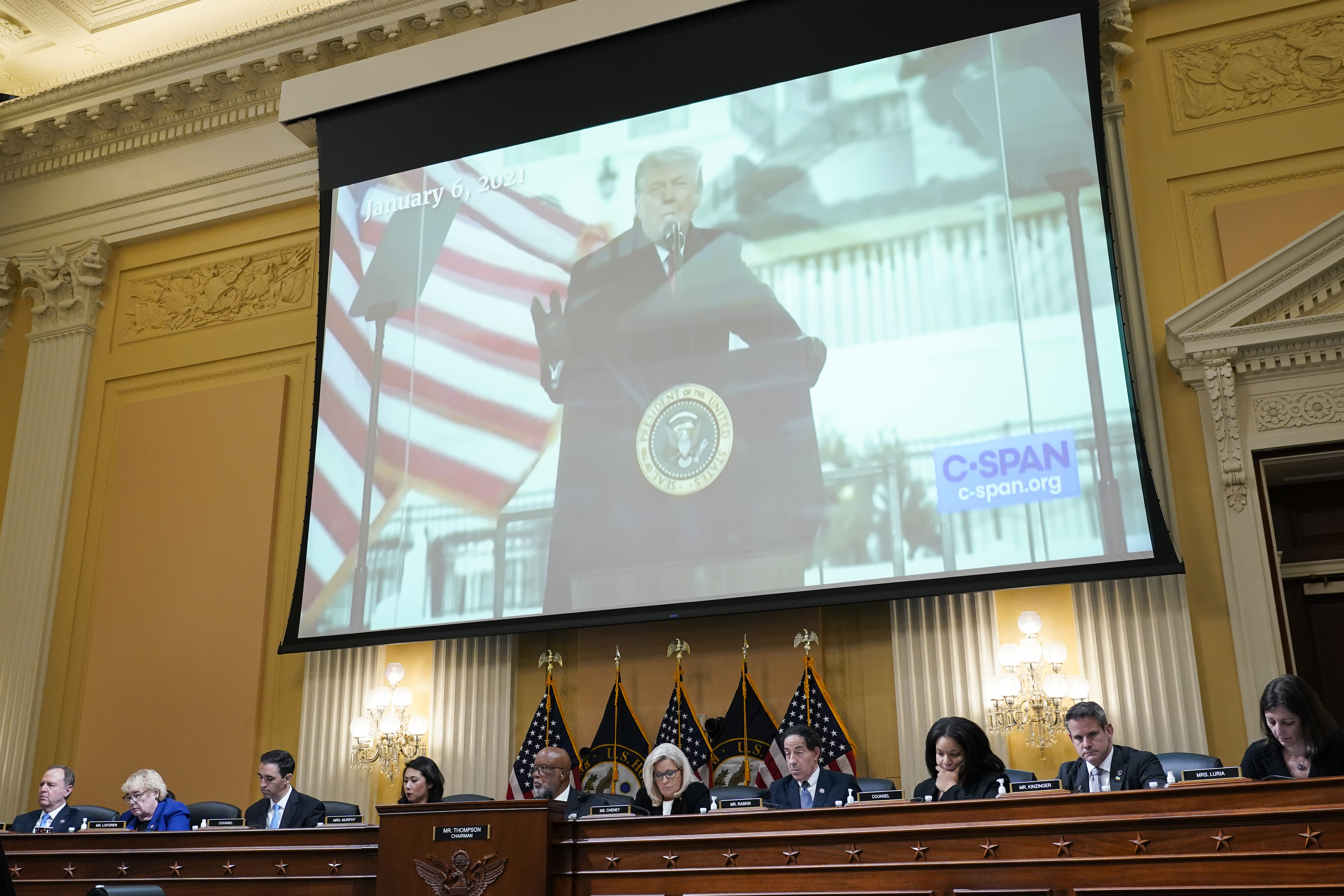 Attorney General Merrick Garland is under pressure to investigate Donald Trump for his role in the Jan. 6 insurrection, but a move against the former president could complicate many of the hundreds of other criminal cases related to the storming of the Capitol.

Even if investigations into Trump and his inner circle are expanded — a slew of grand jury subpoenas and search warrants in recent weeks suggest prosecutors are circling his allies — the momentous decision about whether to charge Trump with a crime is months away, if not longer.

But if the Department of Justice starts assertively mounting a criminal investigation of Trump, it could create delays in other Jan. 6-related trials because defense attorneys for hundreds of defendants could demand access to much of the evidence against Trump as part of the discovery process.

Under longstanding Supreme Court precedents, court rules and Justice Department policies, defense attorneys for current Jan. 6 defendants could demand almost real-time access to any evidence gathered in a probe of Trump’s actions on and around Jan. 6, arguing that his alleged incitement of the crowd that day — both in person and online — undercuts the culpability of those already charged.

“It seems to me if you’re going through the Trump stuff or [Rudy] Giuliani stuff” and you find something useful to existing defendants “you’ve got to turn it over,” Gershman said. “They would have to turn over information to them that is colorably favorable or would be something a defense attorney would want to see.”

Prosecutors rarely concede in court that any evidence actually amounts to proof of a defendant’s innocence or is truly helpful to their defense, but typically they try to head off disputes over such issues by erring on the side of disclosing information that could be viewed as exculpatory. 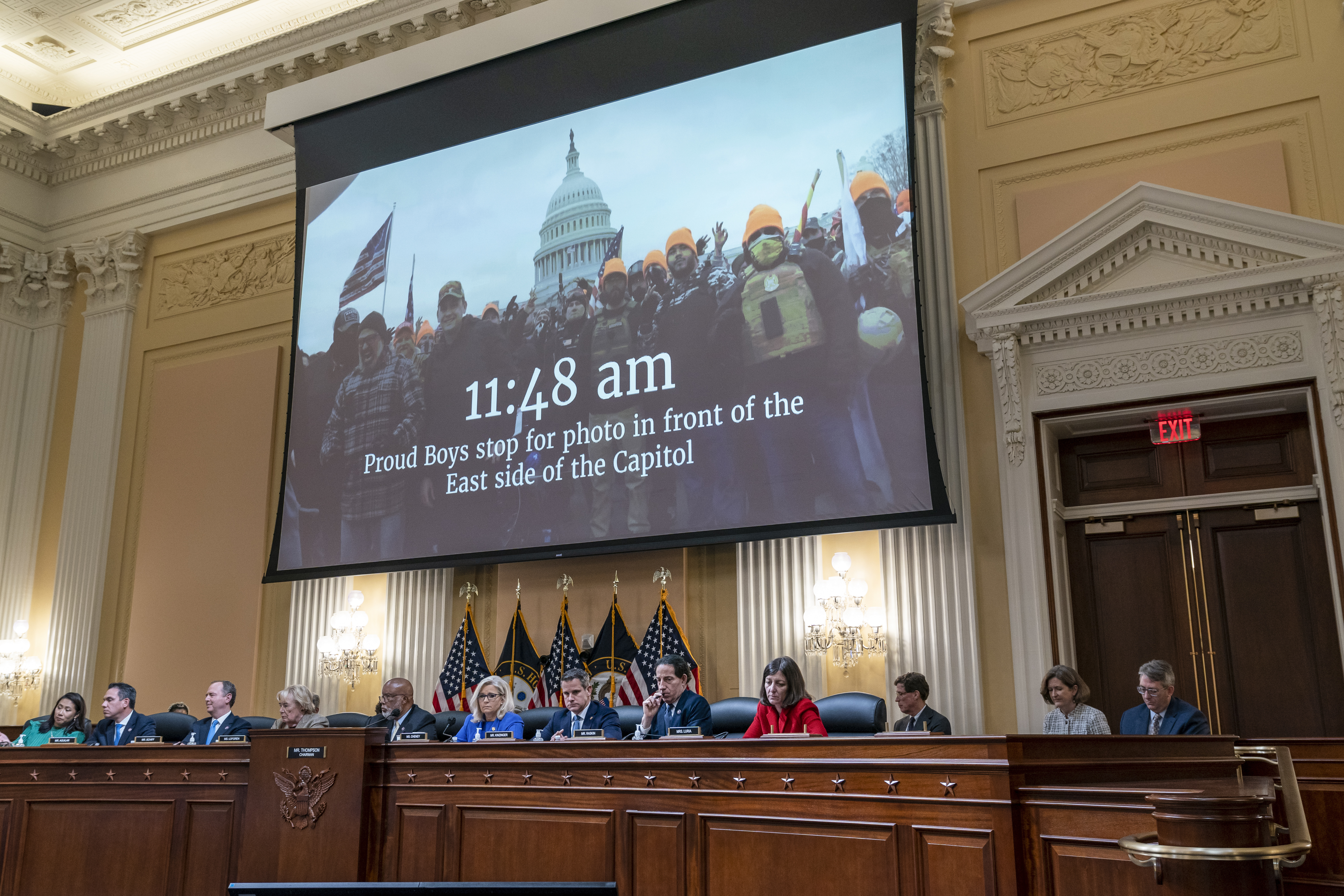 In the Jan. 6 cases, that has already meant seeking to turn over to more than 850 defendants, tens of thousands of hours of videos found on social media, aired by news outlets, captured by police officers’ body-worn cameras and stationary Capitol surveillance cameras, as well as video and photos discovered on phones and GoPro-style cameras carried by participants in the riot and later seized by the FBI.

The growing set of databases available to defense attorneys also includes details on over 237,000 tips received from the public, as well as more than 65,000 documents, including reports related to alleged misconduct by police on Jan. 6.

Organizing that mammoth collection of data, and attempting to index it using facial recognition technology, has proven costly. The main contract for Capitol riot-related data management now stands at nearly $15.8 million, according to federal contracting data reviewed by POLITICO.

Last year, officials set aside about $7.2 million for that work, but just days after the House Jan. 6 committee started its hearings last month, budget officials added more than $8 million to that figure. The total cost of the Jan. 6-focused data-management and litigation-support contract, awarded to Deloitte Financial Advisory Services, could exceed $32 million, federal contracting records show.

The sprawling set of databases has triggered wrangling among defense lawyers and prosecutors in numerous cases, with defense lawyers complaining that the mountain of digital evidence is so huge that it is impossible for them to digest it.

In a May court filing, lawyers for alleged Proud Boy Ethan Nordean said it would take 375,000 hours for them to review one recent digital disclosure by the government. Prosecutors said that estimate was nonsense.

Still, some attorneys believe the complexity of an aggressive Trump probe could create for existing cases may be part of why the Justice Department has been willing to take a back seat to the House Jan. 6 committee’s investigation, at least to this point.

“I think it’s logical to make that assumption,” Gershman said. “Why would they be going out ahead of the committee when what the committee is doing is gravy for them? The committee is giving them huge information that they might not otherwise have discovered. There’d be no reason why they would want to run out ahead here.”

A spokesperson for the U.S. Attorney’s office in Washington, D.C., which is leading the Capitol riot probe, declined to comment on how a broader Trump probe could affect existing cases.

However, in a court filing last month, prosecutors confirmed their far-ranging approach to turning over evidence even potentially relevant to pending cases.

“The data that has been and continues to be made accessible via global discovery far exceeds the information to which any defendant is entitled,” prosecutors wrote. “The government is making such vast quantities of data available due to the unique circumstances of the government’s investigation into the Capitol Siege, in which hundreds of similar [crimes] were committed in the same place at the same time.”

One of the most prominent voices urging the Justice Department to closely examine Trump’s activities related to Jan. 6, former prosecutor Andrew Weissmann, conceded that doing so might turn up information that existing defendants would be entitled to. That seems more likely in some conspiracy cases than in others, said Weissmann, who served as a deputy to special counsel Robert Mueller in his Trump-Russia probe.

“It really depends on what it is that you find and what a person’s charged with,” Weissmann said. “If a person is just charged with entering the Capitol, you might not have the same discovery obligations as a seditious conspiracy charge, where you have to name the other conspirators, for instance. It’s just a very fact-specific thing. Yes, you might have discovery obligations.”

One potential concern, especially given the large number of Jan. 6 cases: Details of a Trump-focused probe could be leaked by defense attorneys or even defendants themselves.

Already, one defendant in the custody of the D.C. Jail, Jeffrey McKellop, has come under criminal investigation for defying a court order by allegedly sharing with others material he looked at on a jail laptop and giving others log-in credentials for a Jan. 6 evidence database.

No charges related to the alleged evidence and password-sharing have been filed, but the former Army special forces soldier still faces several felony charges directly related to Jan. 6, including assaulting and impeding police during the riot.

Weissmann said special precautions could be taken with Trump-related materials to avoid improper releases. “You can … make a motion to a judge to ask what can we keep secret, what’s really relevant and disclosable,” he said. “That happens all the time.”

Weissmann, now a law professor at New York University, said fear of information being circulated to defendants in other cases would be a weak excuse for not investigating more aggressively or for delaying doing so.

“You’re not going to not investigate people in order not to have to turn it over,” he said. “I’ve never heard somebody say: Let’s not investigate something because we might have discovery obligations.”

A defense lawyer not involved in the Jan. 6 cases thinks jumping into investigations of Trump just before scheduled trials for other defendants does pose risks for prosecutors.

“It is, of course, precarious to go bigger in the investigation,” said Nina Marino of law firm Kaplan Marino in Los Angeles. “It may be worth it.”

The House investigation and the existing Jan. 6 prosecutions have already gotten tangled up in one very concrete way. Prosecutors had planned to begin a jury trial next month for alleged Proud Boys members accused of conspiring to block the counting of electoral votes on Jan. 6, but last month the Justice Department agreed with defense attorneys that it was unwise to proceed with the trial before both sides had access to transcripts of witness interviews from the House probe.

A day later, Judge Timothy Kelly agreed to delay the trial, which is now likely to begin no earlier than next January.

Similar requests for delay have been made by defendants in a separate set of Jan. 6 cases involving members of the Oath Keepers militia. A trial for some of those defendants is set to open Sept. 26. Judge Amit Mehta has yet to rule on the motion seeking to postpone that trial.

For months, the Justice Department has been known to be investigating issues related to fundraising for groups pressing pro-Trump election challenges and to potentially fraudulent efforts to submit alternate slates of pro-Trump electors. It also emerged last month that Justice’s inspector general is conducting a criminal investigation into issues related to a proposal Trump considered in early January 2021 to replace DOJ’s leadership in a last-ditch effort to upset Joe Biden’s victory.

Now, in the wake of testimony to the House committee from former White House aide Cassidy Hutchinson, there are signs the Justice Department is more closely scrutinizing Trump’s actions on Jan. 6. She said Trump was told before his speech on Jan. 6 that many of his supporters were carrying weapons, so were unwilling to proceed through Secret Service security checkpoints.

Hutchinson also said Trump’s exhortation to his backers to march to the Capitol came despite advice from top aides that he not say that. She said Trump sought to go to the Capitol himself and, according to another aide, grappled with a Secret Service agent who was frustrating Trump’s effort to get his motorcade to Capitol Hill.

Precisely who and what the Justice Department is investigating and how long and how aggressively it has been doing remain murky. Garland has repeatedly declined to comment on whether Trump himself is being investigated, although officials have said they will scrutinize people who may have committed crimes, regardless of whether they were actually at the Capitol that day.

So far, Jan. 6 defendants have found little traction with judges for arguments that Trump’s inflammatory actions or statements undercut their guilt. Several judges handling those cases have directly repudiated such claims.

“This purported defense, if recognized, would undermine the rule of law,” Howell said during the court appearance for William Chrestman. “Then, just like a king or a dictator, the president could dictate what would be legal and what isn’t in this country, and that is not how we operate here.”

In another case, Judge Reggie Walton rejected defense requests to call Trump and former New York Mayor Rudy Giuliani as witnesses, but allowed evidence of their comments at the “Stop the Steal” rally that preceded the riot.

A defense attorney for defendant Dustin Thompson, Samuel Shamansky, told jurors his client was swayed by the former president and his prominent allies.

“The vulnerable are seduced by the strong, and that’s what happened here,” Shamansky said in closing arguments, according to the Associated Press.

A jury quickly convicted Thompson on six charges, including obstruction of an official proceeding. Walton ordered Thompson jailed as he awaits sentencing, now set for September.

Marino said she agrees with judges that Trump’s role doesn’t relieve any other defendant of criminal liability, but she said it tends to suggest that they were not at the apex of any conspiracy that day.

“I don’t think it’s exculpatory. … You can’t really say it’s a defense,” she said. “It is mitigating.”

That’s why increasing talk of Trump’s potential culpability for the Jan. 6 attack is, in broad brushstrokes, beneficial for the existing defendants — particularly those in the conspiracy cases, Marino added.

“If he does get indicted — Trump — that does seem better for all the other defendants,” she said.