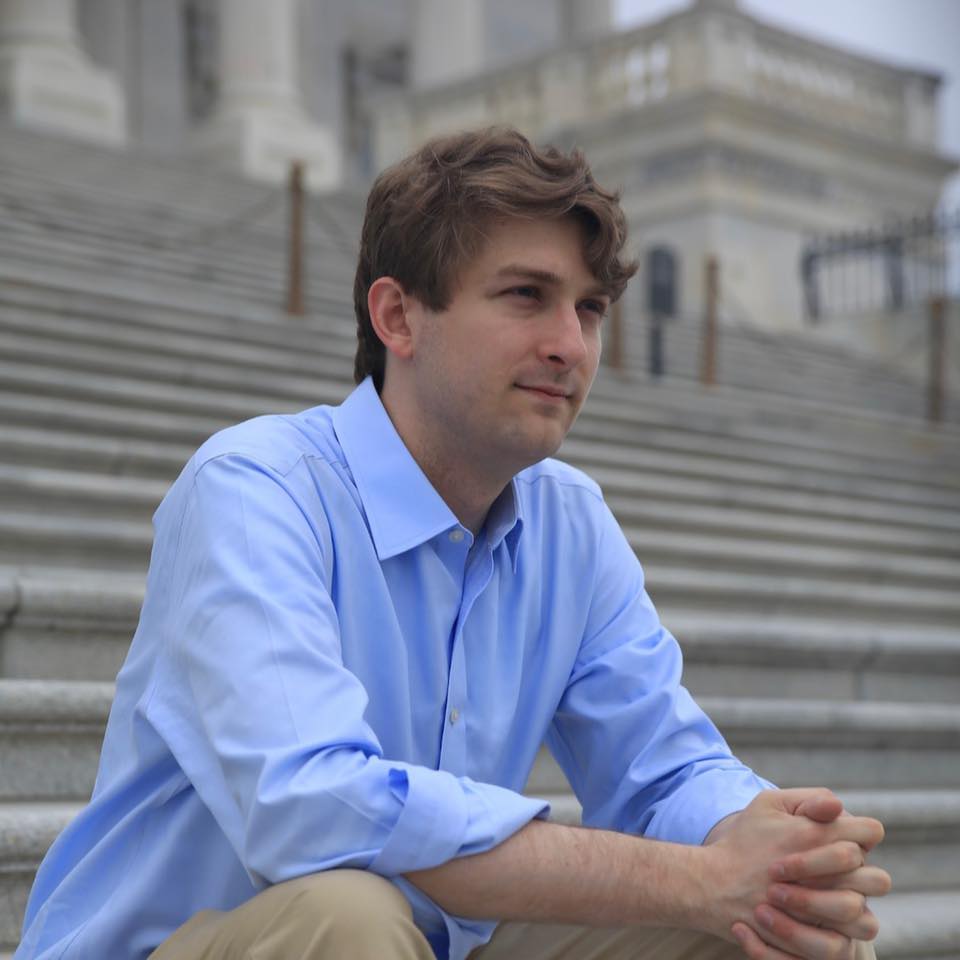 Convincing Republicans of western Maryland to nominate the former Washington Free Beacon reporter and send him to the House, though, is another matter.

“He does not impress me one bit. He comes across to me as a wealthy elitist,” Frederick County Sheriff Chuck Jenkins said as he left a local GOP fundraiser in the sprawling rural district, just 60 miles from the Capitol.

Then he flipped the question: “Why is everybody impressed with this Foldi kid?”

The Gen-Z Marylander has used his conservative writing to springboard himself into GOP politics and has spent much of the race so far trolling incumbent Rep. David Trone (D-Md.) for slacking on the job. Actually winning the House seat could prove difficult, and first he has to win over skeptics in a primary on Tuesday.

Republicans have many reasons to believe this November’s election will be a lot closer than the last one, when the wealthy Trone won handily. The district that President Joe Biden carried by 24 points last election has been morphed into one that slices Biden’s 2020 advantage down to 10 points. And in a toxic climate for Democrats, a seat that’s been blue for a decade is now suddenly one of the biggest battlegrounds in the DMV.

“This is ground zero for the kind of district that we need to win to take the House,” Foldi said in an interview.

Fourth-term sheriff Jenkins, like many of his fellow Republicans here, are backing a different candidate though — state legislator Neil Parrott, the same Republican who lost a lopsided race to Trone in 2020.

Democrats insist they’ll be able to hang onto the seat, not least because Trone’s personal fortune gives them an enormous advantage against whoever can win the crowded GOP primary this week. The two-term Marylander, co-founder of Total Wine and More, recently loaned himself $10 million for the race and said in an interview he would be willing to spend more.

“I’m certainly going to do whatever it takes,” Trone said of holding onto the seat.

There’s another reason the contest has excited GOP circles in Washington: an unconventional, energetic young candidate like Foldi. The conservative writer, who previously worked on messaging for a GOP leadership PAC, has drawn a stunning array of endorsements for a first-timer, including House Minority Leader Kevin McCarthy himself.

“He’s smart. He’s got a high IQ, and he’s hardworking, and he’s a hustler,” said Rep. Don Bacon (R-Neb.), among nearly a dozen House Republicans who’ve backed Foldi. The Nebraskan said he first met him on an airplane: Bacon was headed to speak at a conference, while Foldi was there to cover it. As Bacon recalled, he asked the reporter: “Want a ride?” And he’s supported the young upstart ever since.

The way Foldi has made connections within his party, long before he was a candidate, has raised some eyebrows.

His most prominent attacks against Trone, for instance, have involved “closed-office tours,” where Foldi videotaped himself outside several of the congressman’s part-time district offices, specifically on days they were not open. In other videos, he claimed the offices were closed, when they were in fact open, according to a member of Trone’s campaign team. 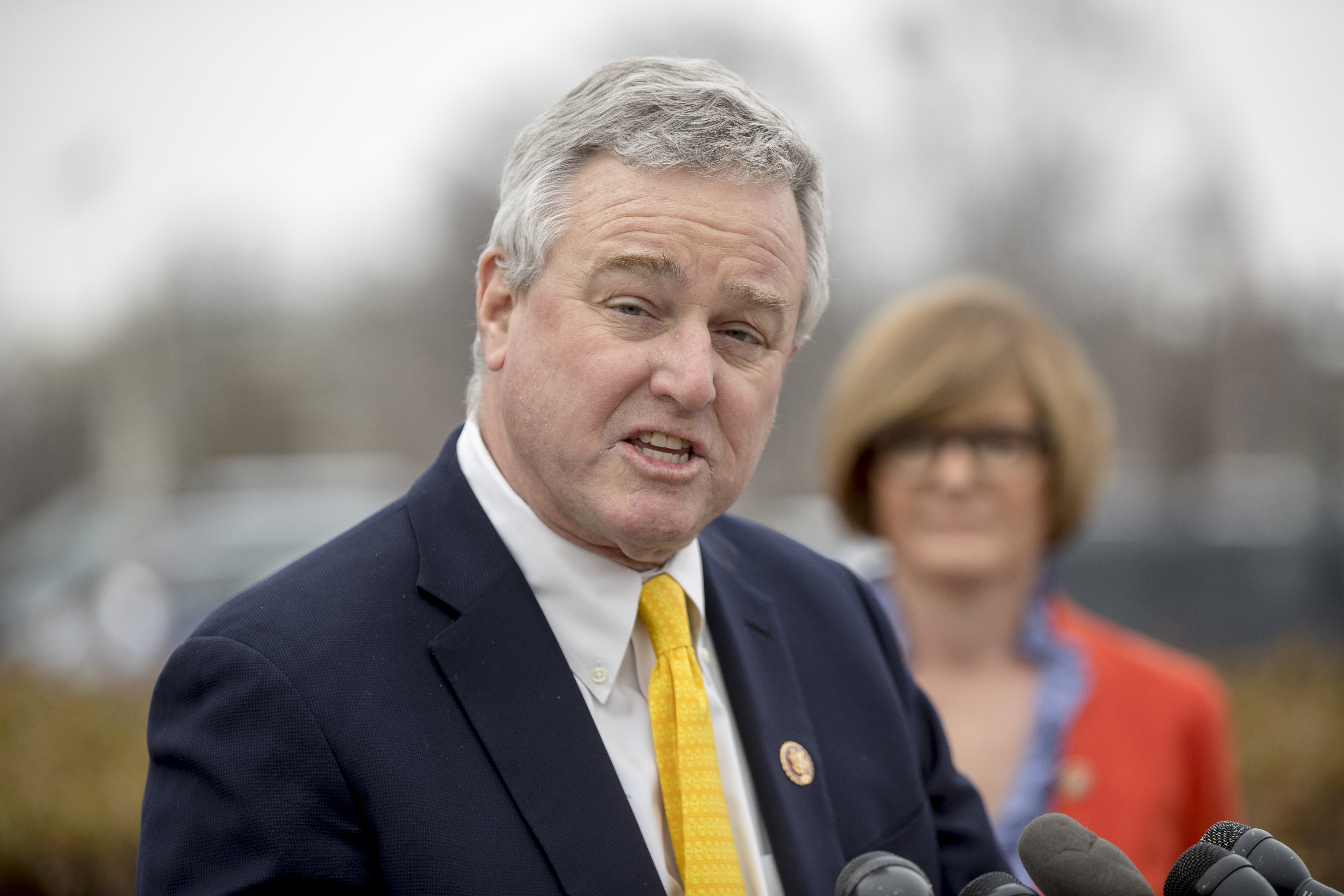 Foldi’s videos, one of which made it into his first campaign ad, prompted Trone to release a statement fact-checking the claims, clarifying that his offices “are and have been open and fully staffed.”

In an interview, Trone dismissed Foldi’s video series as little more than a stunt: “I don’t think the district is going to suffer a fool. My guess is the district will not suffer Matt Foldi and his antics.”

Foldi, who has been focused on knocking on doors and canvassing every inch of the sprawling district, said he’s seen otherwise.

“We put the race on the radar,” Foldi said of his many big-name endorsements. “The Republican Party is completely united behind me in Maryland.”

His campaign manager, Devin Bilski, added that the team is brushing off GOP critics in the district, such as Parrott-supporting Jenkins.

“We’re disappointed that one of Neil’s surrogates would resort to name-calling and cheap attacks,” Bilski said in a statement. “We will continue to run a positive race focused on the issues that matter to voters.”

Several Republicans in the district said they’d personally be surprised if Foldi emerges as Tuesday’s winner, even if some did personally support him. And in a way, they say it’s fitting that Parrott is expected to win the nomination — the same man who’s fought the loudest against Maryland’s famously gerrymandered map that has kept Republicans from contesting the seat for almost 10 years.

Parrott has made it his mission during his decade-long career in the Maryland statehouse to redraw those district lines. The fight began after he watched then-Governor Martin O’Malley adopt a map that skewed the western Maryland seat so much that it routed a GOP incumbent who’d been in office since 1993. Since then-Rep. Roscoe Bartlett (R-Md.) lost the seat, Republicans have had little hope of winning it back; last cycle, Trone beat Parrott by 20 points.

The newly drawn congressional maps, too, looked bad for Republicans. That is until March of this year, when courts ruled that state legislators needed to redraw the maps as a result of a Democratic gerrymander. The result: Much less liberal turf in Montgomery County, much more from conservative Frederick County.

“We fought it and won. I’m very thankful to be able to be the leader in that fight,” Parrott said, recounting his lengthy legal fight against the maps that began when he was elected as a delegate in 2012. “Now it is a very competitive district, and I believe we’re going to win this year.”

Parrott, who had been the frontrunner until Foldi jumped in on the cusp of the filing deadline, spoke in some ways like he’d already secured the nomination. He has a clear vision on how to defeat Trone this time around — including raising boatloads of money, contesting him in debates and hammering him on Democrats’ handling of the economy and the border.

Still, he said he’s under no illusion it will be an easy race against a self-funder who has dedicated himself to nonpartisan policy issues like opioid addiction and health funding.

“It’s obviously going to be a hard race,” Parrott said of going against Trone, predicting the incumbent could end up spending $15 million, while the Republican predicted his campaign would probably only end up with $5 million to dole out on the race. “I’m going to have to raise a lot of money, I know that.”

He appeared less worried about his GOP opponents in the primary, including Foldi. That’s perhaps for good reason: During the roughly 15 minutes he stood outside a local fire hall — where Rep. Lauren Boebert (R-Colo.) had stopped by in between votes to energize the crowd — Parrott was interrupted three different times by supporters who predicted that he’d win on Tuesday. One man in a pickup remarked as he drove past: “You got the primary. I’ve already voted for you, by the way.”

Parrott said people in the district have noticed that Foldi’s endorsements have come from national Republicans, speculating that some were only backing him because of his family’s connections to the GOP.

“His dad’s a big lobbyist. His mom’s very influential in conservative circles,” Parrott said. “What we’re seeing is a lot of the outside people who aren’t really from this area are giving him endorsements.”