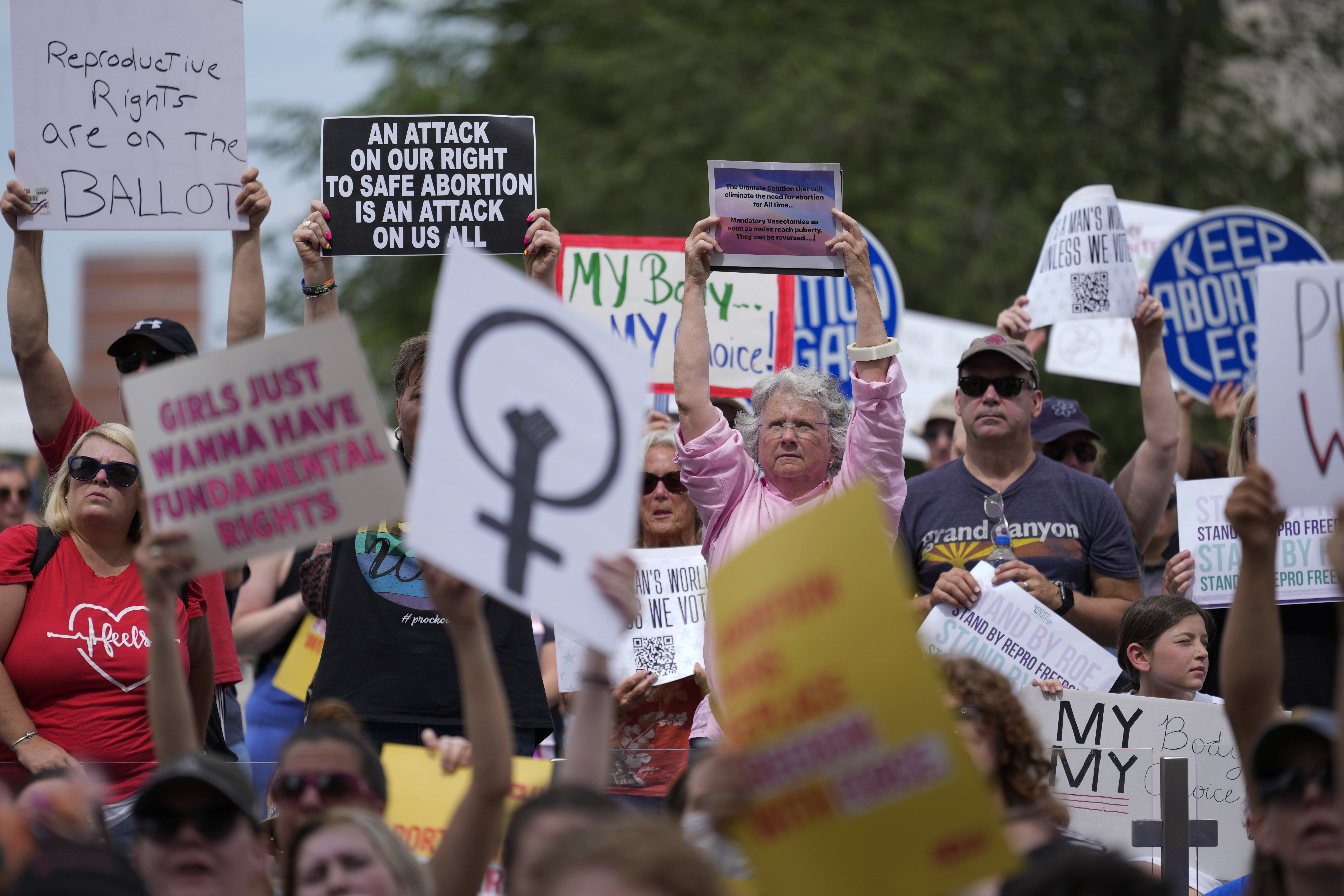 INDIANAPOLIS—Republicans knew the minute Roe v. Wade was overturned that they had a political problem, particularly with moderates in the suburbs who they need to vote for GOP candidates in the midterms.

The unfolding story of a 10-year-old rape victim who crossed state lines from Ohio for an abortion in Indiana is confirming just how damaging the issue may be.

In the three weeks since the Supreme Court’s ruling on Roe, Republicans poised for a winning midterm election have strained to keep public attention squarely on President Joe Biden’s weak job approval ratings and on inflation, fearful that abortion — a deeply felt issue that polls poorly for conservatives — could lift Democratic turnout and push moderates away from the GOP.

The case has become an instant flashpoint in the nation’s abortion wars, alarming Republicans as they try to use abortion to rally base voters without alienating the majority of Americans who say abortion should remain legal in at least some circumstances.

But the case of the pregnant 10-year-old has laid bare how uncontrollable GOP messaging around abortion may be. Not only were right-wing media outlets and Republican politicians who cast doubt on the story forced to backtrack once the facts of the case were confirmed, but the hits to Republicans appear likely to keep coming.

On Thursday, Jim Bopp, the National Right to Life Committee’s general counsel, inflamed the issue when he told POLITICO that the 10-year-old girl should have carried her pregnancy to term – a statement he later said resulted in him receiving death threats.

Despite what GOP leaders and strategists would prefer, the story is unlikely to fade quickly. Later this month, Indiana’s state legislature plans to convene a special session explicitly to pass new curbs on abortion, likely becoming the first state to do so in the wake of the Dobbs decision that reversed the national right to abortion enshrined by Roe in 1973.

“These are the kind of things that are going to breathe life into the Democrats’ hopes of maintaining some sort of coalition,” said John Thomas, a Republican strategist who works on House campaigns across the country. “I don’t think this is the dominant issue as we’re going into November, but these kinds of unforced errors are lifelines for the Democrats.”

Thomas said the Indiana case has already come up in at least one race he is working on and that he has advised candidates that, “You try to avoid the topic. You try to pivot to another issue.”

“Every day that we’re talking about anything but Biden’s cost of living is a wasted day politically,” said Scott Reed, a veteran Republican strategist. “You know, we’ve got a historic opportunity here this November, and let’s not blow it.”

“The overall goal of the pro-life cause is to save lives and while I think his comments are well-intended, they don’t reflect the realities of this case or the electorate,” the strategist said. “His comments open the door for swing district Republicans to be labeled as extremists, eroding the gains we have made with suburban women that will be crucial to winning in 2022 and 2024.”

For weeks, the widely held expectation among both Democratic and Republican political professionals had been that Roe would almost certainly not be enough to stop Republicans from gaining a majority in the House in November, but that it could limit their gains, scaring off moderates and suburban women.

Abortion still ranks below other issues — most of all, the economy — as a top priority of voters, and the electoral landscape is so bleak for Democrats this year that they are likely to sustain widespread losses regardless of fallout from Roe. By November, said Dave Carney, a national Republican strategist based in New Hampshire, “it’s not going to matter what Bopp or whatever … his name is says. It’s not going to trump 9.1 percent inflation.”

But abortion has been ticking up as a priority since the court’s ruling on Roe. And in close House races and statewide contests in swing states, even a shift at the margins may be consequential.

Sean Walsh, a Republican strategist who worked in the Reagan and George H.W. Bush White Houses, said the Indiana case will not only turn off moderate Republicans but will serve as a “motivator to get younger voters to vote — who usually are spotty in casting ballots.”

“It hurts because it sets the frames [of] the GOP position as ‘extreme,’” said Mike Madrid, a Republican strategist who was a co-founder of the anti-Trump Lincoln Project. “This particular case may not be remembered in a few weeks but the steady drip of stories coming will have a definite cumulative impact.”

For Republicans in Washington, focus on the most conservative elements of the party’s positioning on abortion may be unavoidable. Of the 13 states with trigger bans that have kicked in or are soon to in the wake of the Supreme Court’s decision, only five contain exceptions for rape or incest.

Mike O’Brien, an Indiana Republican operative and former legislative director for former Gov. Mitch Daniels, said the 10-year-old’s case is likely to focus the legislative debate on such exceptions.

“I suspect that those who were already hoping for a bill with exceptions will point to this as an example of a horrific situation where options are necessary,” he told POLITICO. “But legislators aren’t going to get off that easy with the Indiana pro-life lobby who already doubled down on a bill with no exceptions.”

In South Carolina, where lawmakers passed legislation in 2021 banning abortions after the detection of fetal cardiac activity, usually around six weeks of pregnancy, the legislature is considering going further. State Sen. Sandy Senn, the only Republican senator to vote against the measure, said she suspects many Republican women, like her, may be “pro-life” but “against forced birth” — she believes abortion should be legal through the first trimester. She says that harsher bans may spur voters to take it out on Republicans in November.

“Their voices might be heard at the ballot box when many women vote single issue on the abortion issue regardless of party affiliation,” Senn said. “It is nonsense to demand rape and incest victims, many of whom are children themselves, to carry children through birth just because a heartbeat is capable of detection.” 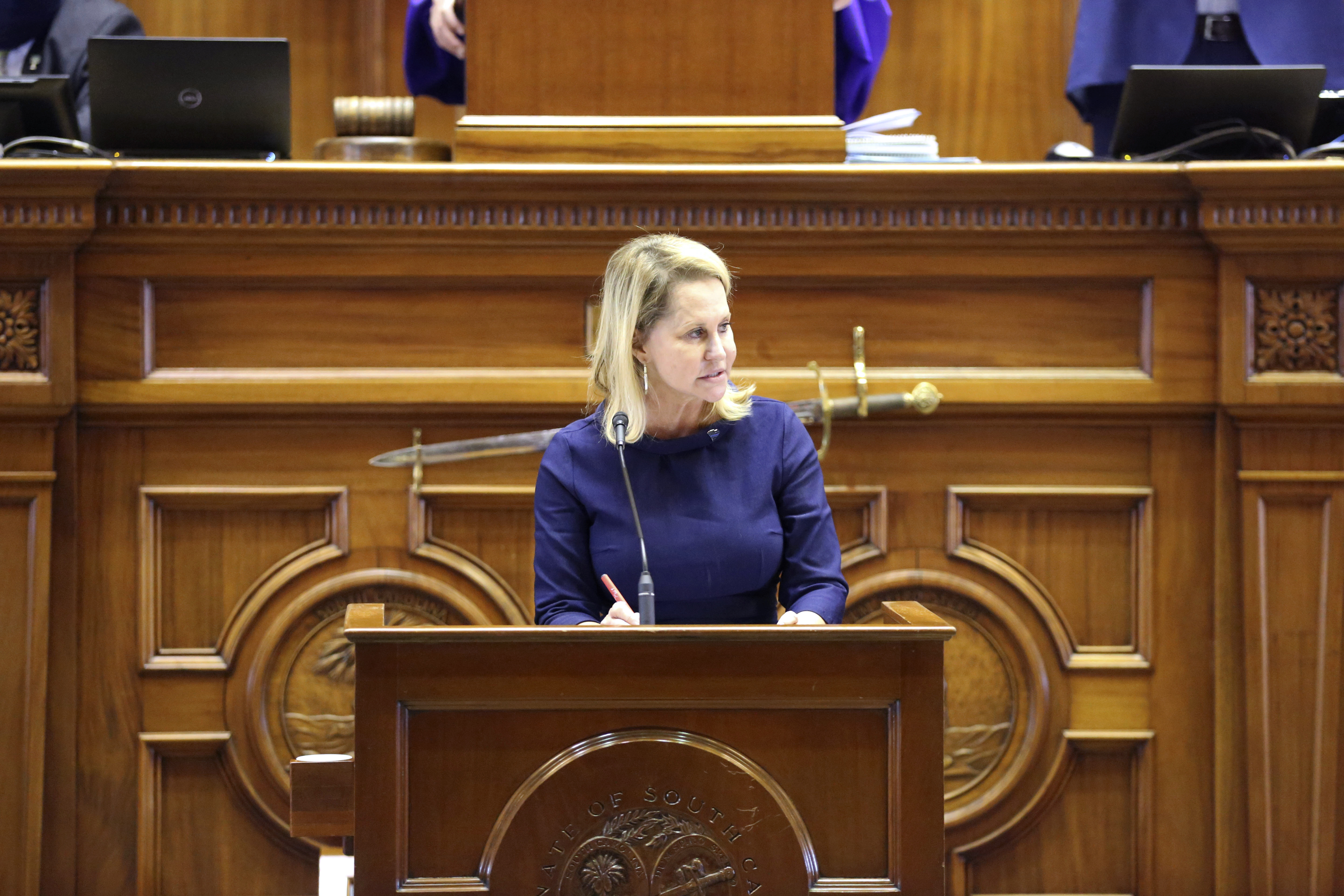 Even Republicans who oppose such exceptions are doubtful of the politics of it. South Carolina state Rep. John McCravy, who is chairing a special ad hoc committee on abortion, personally opposes exceptions in the case of rape or incest. But he isn’t sure whether his Republican colleagues feel the same way.

He said if legislation passes out of committee without rape and incest exceptions, he anticipates the vote could be much tighter than proponents may expect.

“If we get this bill through the Judiciary [Committee] and it’s got no exceptions in it, and it gets to the floor, I think it’ll be a close vote,” McCravy said.

Mike Gonidakis, president of Ohio Right to Life, said he will press lawmakers in his state — who banned abortions after the detection of fetal cardiac activity in 2019 with no exceptions for rape and incest — to not change their minds on exceptions when they meet later this year.

Endorsed candidates, he said, signed surveys saying they wouldn’t support such exceptions. Gonidakis added that he believes the 10-year-old should have been able to legally receive an abortion under Ohio law because of the health risks of carrying a pregnancy to term at that age. But whether the law needs to be clarified to make that more explicit for doctors fearing prosecution is a question for state lawmakers, he said.

“That’s a policy decision we should discuss at the statehouse, both pro-choicers and pro-lifers. That’s why we have a legislature. Let’s go have that conversation and sit down and talk about it,” Gonidakis said.

In Indiana, Destiny Wells, a former deputy state attorney general who is also the Democratic nominee for secretary of state, said in an interview that she hoped the case would make anti-abortion lawmakers think twice about the impact of their legislation.

“I would hope that the state of Ohio expecting a 10-year-old to carry her rapist’s child being brought to national light would slow down anti-abortion legislation,” she said.

It’s unclear if it will. Spokespersons for both of Indiana’s state legislative chambers did not make any caucus members available for interviews to discuss whether the specific case would shape their legislative approach.

Asked whether the high-profile nature of the 10-year-old’s case complicated the path toward further abortion restrictions in the special session scheduled to begin July 25, a former longtime veteran Indiana GOP lawmaker told POLITICO: “I think everyone is aware of the case, but I don’t think it will be a driving factor.” He added that he expects exceptions ultimately to include rape, incest, and life of the mother.

“More important is how they seek to address pressure from interest groups on both sides of the issue,” he said, “whose viewpoints may not align with the majority sentiment of the general public.”