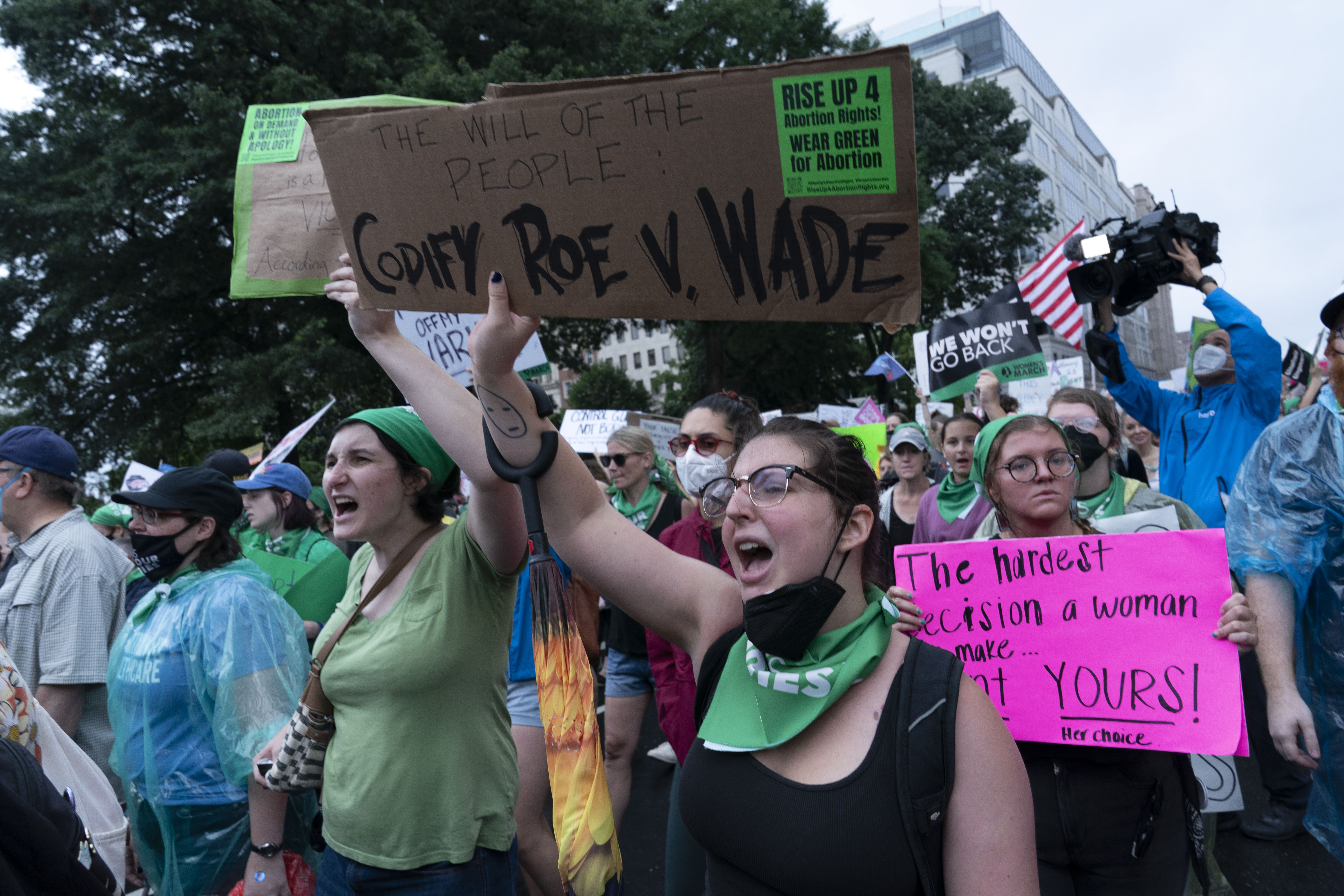 The 10-year-old Ohio girl who crossed state lines to receive an abortion in Indiana should have carried her pregnancy to term and would be required to do so under a model law written for state legislatures considering more restrictive abortion measures, according to the general counsel for the National Right to Life.

Jim Bopp, an Indiana lawyer who authored the model legislation in advance of the Supreme Court’s decision overturning Roe v. Wade, told POLITICO on Thursday that his law only provides exceptions when the pregnant person’s life is in danger.

“She would have had the baby, and as many women who have had babies as a result of rape, we would hope that she would understand the reason and ultimately the benefit of having the child,” Bopp said in a phone interview on Thursday.

The story of the 10-year old rape victim forced to leave her home state to terminate a pregnancy has sparked a national conversation over the consequences of the Supreme Court’s decision to overturn Roe v. Wade and how far some states are willing to go to prohibit abortions.

The Columbus Dispatch reported on Wednesday that a 27-year-old man was charged with rape in connection with the case.

While Bopp’s model legislation, which was released in advance of the Supreme Court’s ruling late last month, encourages states to ban all abortions unless necessary to save the life of the pregnant person, it notes “it may be necessary in certain states to have additional exceptions, such as for a women pregnant as a result of rape or incest.”

“Unless her life was at danger, there is no exception for rape,” Bopp said. “The bill does propose exceptions for rape and incest, in my model, because that is a pro-life position, but it’s not our ideal position. We don’t think, as heartwrenching as those circumstances are, we don’t think we should devalue the life of the baby because of the sins of the father.”

It is currently legal to have an abortion in Indiana up to 22 weeks of pregnancy, though the state legislature is expected to hold a special session later this month to consider legislation that would ban abortion.

Republican legislative leaders have not shared details of the bill they plan to introduce, though abortion-rights proponents in the state are expecting the bill’s text to hew closely to Bopp’s model legislation.

Bopp said he believes it is “highly likely” Indiana’s legislature will pass a law during its special session that will “provide substantial protection to the unborn.”

“What the exact details of that are, I don’t know,” Bopp said.