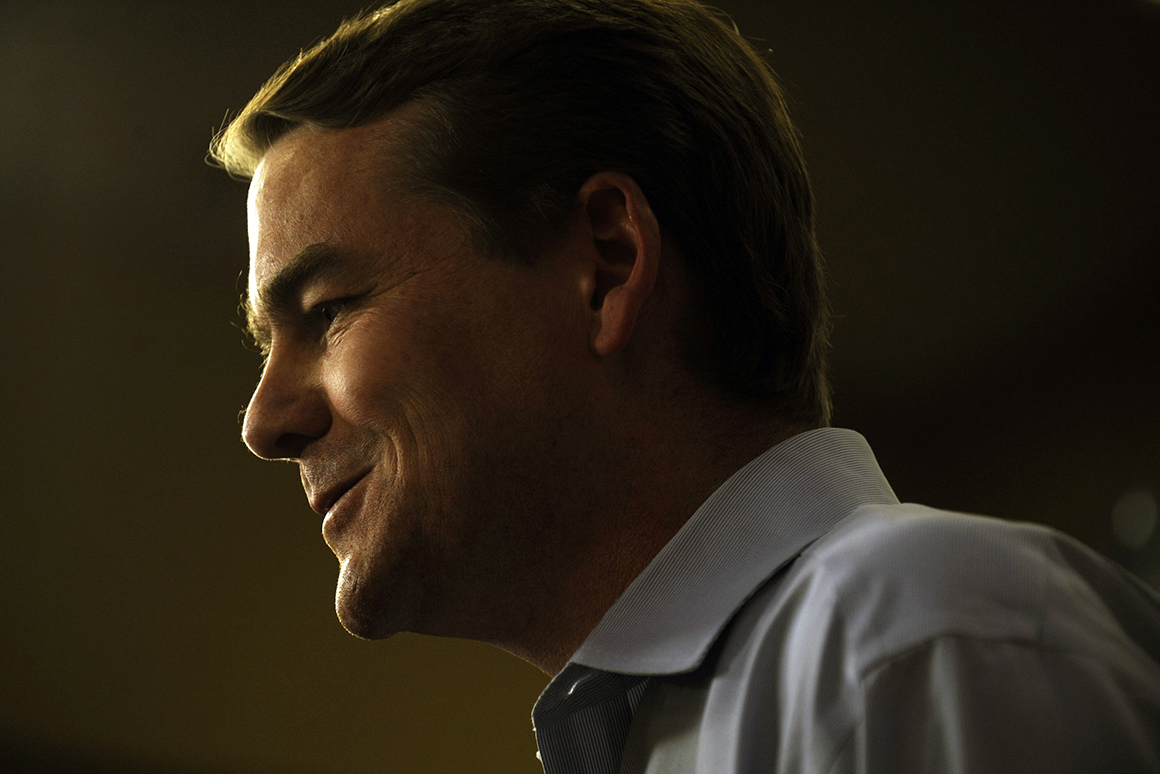 Michael Bennet is sitting on nearly 10 times the cash of his GOP challenger, the latest example of Democrats’ widening financial advantage as they vie to keep Senate control.

In an otherwise dismal political climate for Democrats, the Colorado senator posted $3.3 million over the past three months and has $8 million on hand as Election Day nears, the best fundraising quarter ever for the low-key second-term senator, his campaign told POLITICO. It’s a hefty advantage over his opponent, Republican Joe O’Dea, who raised $2 million, including $1 million of his own money, and has $840,000 on hand.

The race illustrates Democrats’ circumstances throughout the country: While Bennet is slugging it out with O’Dea in a state that President Joe Biden won by 13 points, the party still sees a bright spot in candidates’ fundraising as they hope to significantly outperform Biden’s sagging approval ratings in November.

Candidates are posting “blockbuster fundraising numbers,” as Democratic Senatorial Campaign Committee spokesperson David Bergstein put it — though, in some cases, they are spending cash just as fast as they take it in. Nonetheless, Democrats see it as a sign of momentum after the Supreme Court struck down Roe v. Wade last month and an uptick in their chances of keeping the Senate.

“It says enthusiasm, I think it says that people understand it’s the United States Senate that confirms judges, particularly in light of what’s happened,” said Sen. Debbie Stabenow (D-Mich.), the No. 4 party leader.

JB Poersch, president of Democratic-aligned Senate Majority PAC, chalked up those numbers to “a better message, better campaign operations, and better candidates who are laser-focused on the needs of their states.”

Outside Republican groups, particularly Senate Leadership Fund and allied group One Nation, are trying to close the gap by deluging deep-pocketed senators like Warnock with attack ads. Senate Leadership Fund spokesperson Jack Pandol said Democrats should spend their money to “invent a time machine and change their votes for reckless inflationary spending. Pending that, groups like ours will be there to relentlessly litigate Democrats destroying their constituents’ quality of life.”

Ahead of the Friday deadline for filing the fundraising reports, not as many Republicans have come out with their numbers. Sen. Ron Johnson (R-Wis.) raised more than $7 million in his bid for reelection, and the crowded Democratic primary next month will determine whom he will face come November. And in Washington, GOP hopeful Tiffany Smiley announced a $2.6 million haul with $3.5 million cash on hand. The top-two primary takes place in just under three weeks, and the race is closer than Democrats would like.

For incumbents in tough races like Bennet, individual fundraising is critical because candidates themselves get far more bang for their buck when buying ads compared with outside groups. And with the big-money groups focused on the core battlegrounds of Georgia, New Hampshire, Nevada, Arizona, Wisconsin and Pennsylvania, Democrats would like to see Bennet put away O’Dea with minimal help so they can concentrate on far tougher terrain.

Georgina Beven, a spokesperson for Bennet, said his campaign “is energized for the road ahead; Michael and his team are working hard, taking nothing for granted.” His campaign manager dinged O’Dea for spending “the first days of the general election relaxing at his multi-million-dollar vacation home.”

O’Dea countered that, given fast-rising inflation and the amount left-wing groups spent to try to bolster his far-right primary opponent, Bennet will need all the money he can get.

“I beat them once and I will beat them again,” O’Dea said in a statement. “We’ll have plenty of resources in our campaign, too, but the only number that matters is 9.1 percent inflation.”

Bennet’s cash-on-hand number might present the biggest challenge for O’Dea given there are only months until Election Day. O’Dea will have to quickly raise money or pour in his own to keep pace with Bennet, a former DSCC chair.

In other places like Georgia and Pennsylvania, Republicans say Warnock and Democratic Lt. Gov. John Fetterman are burning their cash at high rates regardless of their big fundraising numbers. Fetterman raised $11 million last quarter and has $5.5 million on hand.

And Democratic Senate candidates are putting up big numbers in states they are not favored to win at the moment. In Ohio, Rep. Tim Ryan raised $9.1 million over the past three months, Florida Rep. Val Demings raised $12.2 million and in North Carolina Cheri Beasley raised $7.4 million. In 2020, Democratic candidates also put up huge fundraising numbers in places like South Carolina, Maine and Alaska only to lose badly in the general election.

“Their base … is energized by the Dobbs decision. So I’m guessing that had at least something if not a lot to do with it. But you know, those are the things in an election cycle you don’t have a lot of control over,” said Senate Minority Whip John Thune (R-S.D.). “It’s not how much you have but: Do you have enough? And I think our candidates are going to have enough.”

Still, Democrats’ fundraising is critically important as the party faces brutal national headwinds but still has a decent shot at keeping the Senate. Even as polls show a sagging Democratic brand, there’s little question that the party will have the money to try and buck the midterm odds weighing against them and hold the majority.