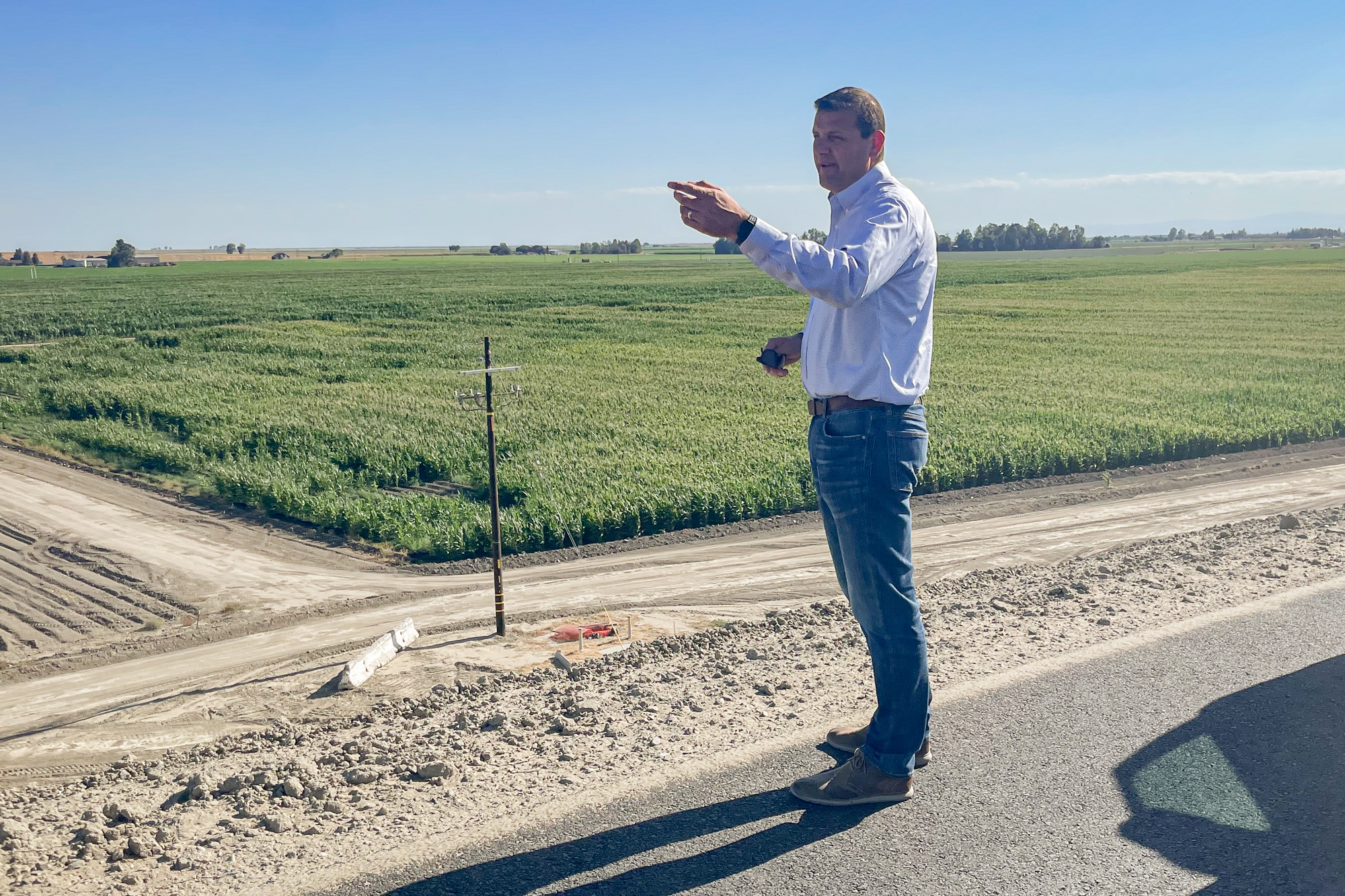 HANFORD, Calif. — Most of the 10 House Republicans who backed Donald Trump’s second impeachment have faced the career-threatening consequences of his wrath. Not David Valadao.

The 45-year-old California Republican isn’t coasting to reelection, though. He’s running to hold turf that got bluer after redistricting, against a formidable Democratic challenger who enjoys widespread name recognition in the state’s agriculture-heavy Central Valley. And even if Trump keeps staying away from him, Valadao still needs turnout from the former president’s base in order to win — which means his impeachment vote could further imperil his prospects if Trump loyalists withhold their support.

But if Valadao sees that vote as a serious campaign complication, he didn’t let on during an interview conducted while steering his white pickup truck through the sun-dappled fields of his hometown’s farming sector.

“I had a lot of folks that obviously weren’t happy about that,” he acknowledged about his anti-Trump vote after the Jan. 6 Capitol attack. “And some of them even have talked to the press publicly and said they weren’t going to vote for me in the primary — but would vote for me [in the] general.”

As Valadao put it, the Republicans he’s alienated and Democrats he may have won over with his stance makes for “a little bit of a wash.” Parts of his specific recipe for avoiding the political blowback that walloped his fellow pro-impeachment House Republicans aren’t easy to replicate, however: They call for a little Kevin McCarthy and a lot of breathing room from other GOP lawmakers.

The House minority leader, who’s also Valadao’s district neighbor, has sought to protect his fellow Californian by urging Trump to not get involved, according to multiple people close to House leadership. Those people, requesting anonymity to describe private conversations, say the GOP leader began emphasizing to Trump before the 2020 election how tough of a district Valadao holds.

It worked out during Valadao’s recent primary against Chris Mathys, a MAGA candidate who tried to use his impeachment vote as a cudgel. A Trump endorsement for Mathys, which could’ve been devastating, never came. And Valadao narrowly edged his GOP rival to secure a general election spot, with Democrat Rudy Salas consolidating his party’s votes to win the “jungle” primary.

Valadao, known within the conference as a quiet and head-down member focused on his district, said only that he’d heard of an effort by his allies to discourage Trump from weighing in on the primary — one he didn’t get involved in.

“I kept my head down. I focused on running my district,” Valadao said. He described the message to Trump from others, “even folks that worked in the administration before,” as a simple one: “This race, this type of seat, was not an easy seat to win.”

McCarthy told POLITICO that the Mathys challenge was “probably helpful” to Valadao because some GOP voters angry about the incumbent’s impeachment vote could let off some steam in the primary before pivoting to support him in the general.

“It is a hard seat. Remember, we lost it and only won it back with him,” McCarthy said in an interview. “He’s a worker — no fanfare, just gets the job done.”

Trump’s silence about Valadao is a stark contrast to his behavior in other House GOP primaries where incumbents had crossed him, even in ways smaller than an impeachment vote. Beside Valadao, the only other of the 10 pro-impeachment Republicans who didn’t see Trump endorse their primary foe is retiring Rep. John Katko (R-N.Y.) — and even that wasn’t for lack of trying on Trump’s part.

The former president could, of course, change his mind and try to unload on Valadao before his general election against Salas, a state assemblyman who represents the Bakersfield area. But that would cut against a general GOP awareness that the party needs Valadao to help make a hoped-for wave happen in November.

“When he decides to leave that seat, we’re not going to be competing for it in a serious way,” said Rep. Tom Cole (R-Okla.), a former House Republican campaign chief. “We all recognize he holds tough ground, so he gets a lot of latitude in voting whatever way he thinks he needs to vote.” 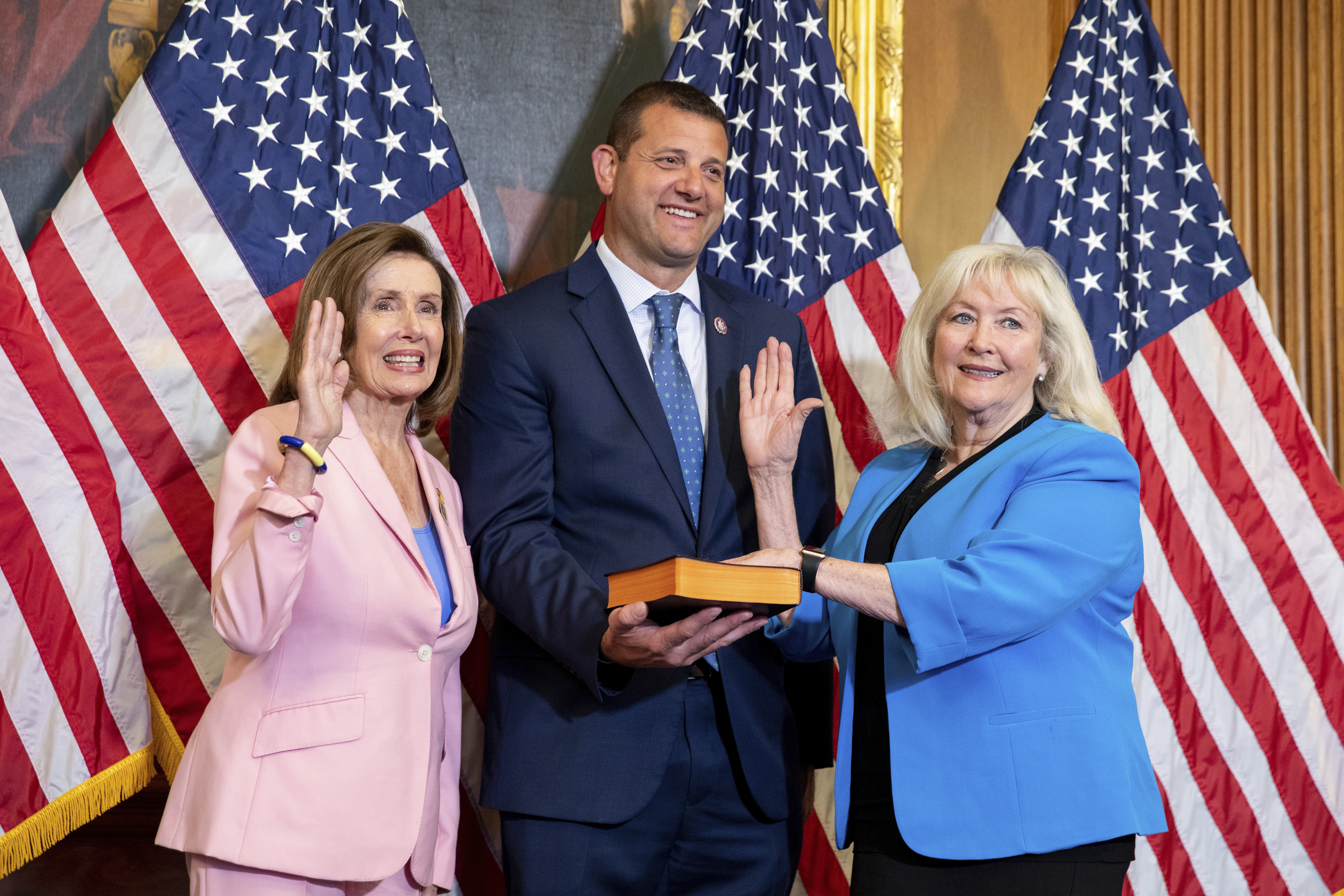 Minority Whip Steve Scalise (R-La.) offered even more lavish praise: “David has always figured out how to thread the needle in a really tough district.”

Valadao also has stayed notably quiet about his vote to impeach Trump in the year-plus since casting it, mirroring the quiet approach he’s taken to other touchy issues in the conference. While Rep. Tom Rice (R-S.C.) aired no regrets for his repeated criticisms of Trump after losing his re-election race last month, and Rep. Liz Cheney (R-Wyo.) has made herself GOP Enemy No. 1 of the former president, Valadao would prefer to talk water and broadband access in his area.

And even Salas declined to say whether or not he thought the impeachment vote would impact Valadao’s reelection one way or the other.

“When I have been talking to people, we talked about healthcare, for instance,” Salas said in an interview in central Bakersfield.

The redrawn district the two men are fighting now skews 13 points toward President Joe Biden based on 2020’s election results, up from an 11-point pro-Biden lean before redistricting. To that end, Salas has sought to ding Valadao for failing to show “courage” by crossing the line on other bills that won only a handful of House Republicans, like last year’s bipartisan infrastructure package.

Valadao has brushed off that criticism of his voting record. He’s also got a potentially potent line of attack against it: Salas’ own dodging of questions about how he’d vote if elected.

In a January interview with a local conservative radio talk show host, Salas said he would “definitely want to look into” Democrats’ compromise voting rights bill, but didn’t specify whether he’d back it. He gave a similar noncommittal answer when asked about the now-defunct party-line Democratic spending and climate plan then known as “Build Back Better.”

In an interview with POLITICO on the ground in Bakersfield earlier this month, Salas declined to say whether he would support Biden in 2024. Initially replying that he hasn’t been asked to endorse the president, Salas then remarked that it depends if Biden runs again.

Reminded that Biden and his allies have firmly stated he plans to seek re-election, Salas said: “Honestly, I haven’t even given that really much thought to it. I’ve been focusing on the campaign, and nobody’s asked.”

According to a tally of more than 430 state assembly votes Salas has missed since 2013, provided by a GOP source, Salas was present but held off on voting for roughly 300 in the initial roll-call. Members of that California body occasionally use a procedure that allows them to miss an initial vote, then later return — after their votes would formally count — to take a position on a particularly thorny topic.

Salas described that pattern as his practice of casting votes on only final versions of state-level bills.

And asked about criticism he’s faced from Republicans for not being clear about how he’d vote if elected, Salas didn’t tip his hand. His decisions, he said, are “always with Central Valley families.”