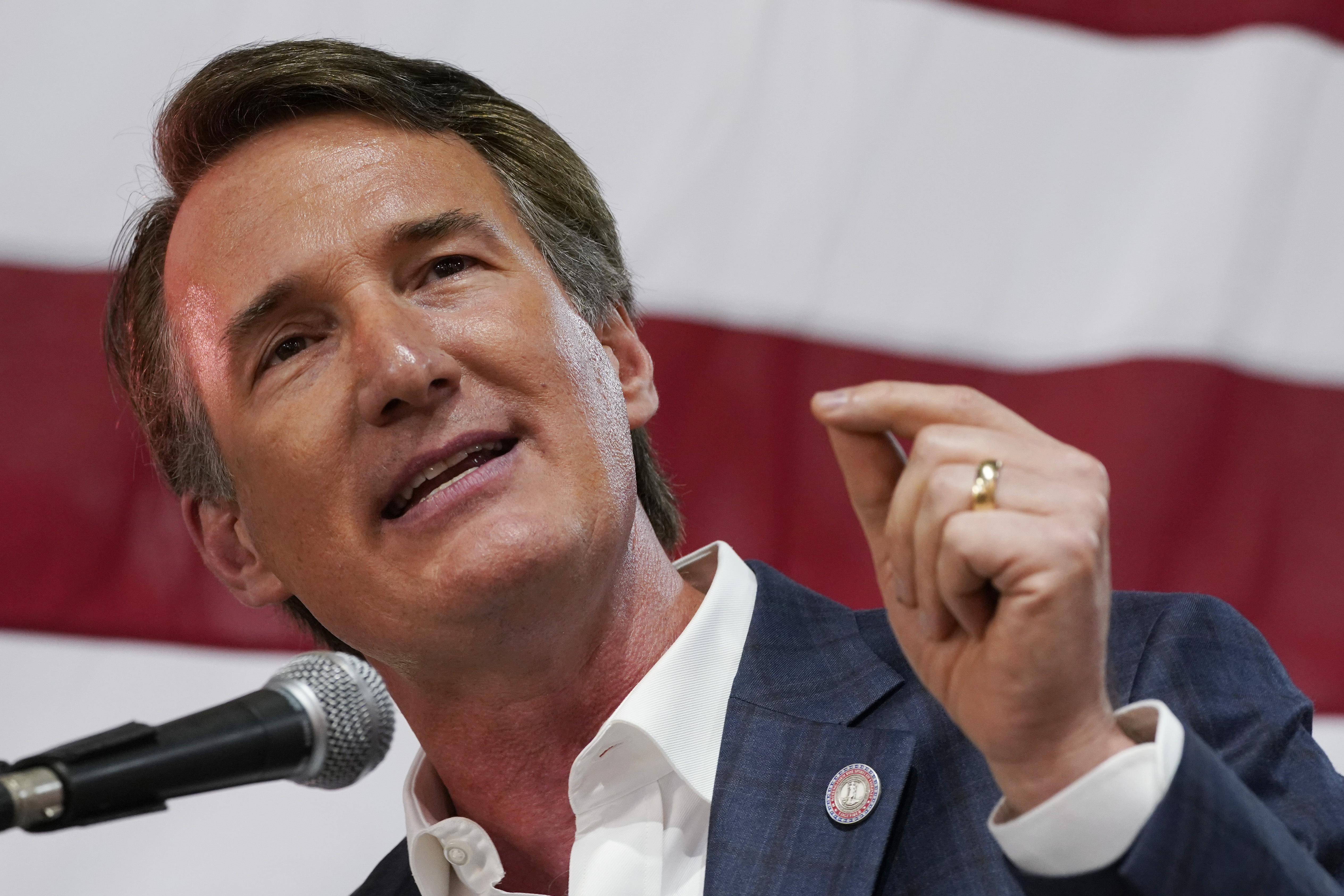 Virginia Gov. Glenn Youngkin is traveling out of state. He’s meeting with major GOP fund-raisers. Observing the standard rituals, he played coy with Fox News about his interest in seeking the presidency: “I am always humbled by this request but we have a lot of work today in Virginia.” But not too coy: “We’ll see what comes next,” he replied, when host Brian Kilmeade noted that “there’s a buzz about you running” in 2024.

Youngkin may not be running for president, but he’s already a winner in the race to be included among the roster of people who get mentioned without mockery or derision as potentially running. This raises three closely related questions:

What is he thinking? You don’t run for president just winging it. Youngkin needs a theory of the case.

Who does he think he is? Youngkin has been governor for only six months. Running for president under any circumstances takes self-confidence, but in his case it would take breathtaking self-regard.

Why no mockery and derision? A generation ago that likely would have greeted a candidate with his short time in office. Even now, Youngkin likely wouldn’t have the nerve to be chitter-chattering about national politics—his busy schedule in Richmond still gave him time to appear on “Face the Nation” last weekend—except that other people are sincerely inviting him to do so.

The theory of the case for Youngkin starts with a paradox. He is attractive to many Republicans because they think his 2021 victory in Virginia shows he has found a way to make Donald Trump irrelevant. For now, however, the hovering omnipresence of Trump is virtually the only reason Youngkin—with scant achievements reflecting his scant tenure—is relevant.

With his victory over former Gov. Terry McAuliffe in 2021, Youngkin managed to keep the coalition of Trump supporters intact, and add to it a significant share of suburban voters who loathe Trump and gave the state to Joe Biden in 2020 by ten points. That result, combined with Hillary Clinton’s and Barack Obama’s Virginia victories in the previous three elections and a string of Democratic wins in statewide offices, had many people thinking that the once-purple Old Dominion had become a reliably blue state. Youngkin, leading a statewide sweep, sent this analysis to the wastebin. He did all this — almost alone among contemporary politicians — by maintaining the illusion that Trump was no big deal. He didn’t denounce Trump. He embraced Trump in ways that seemed perfunctory. He kept Trump out of state and, in relative terms, out of public consciousness, at least when voters were making a gubernatorial choice.

When it comes to his treatment of fellow Republicans, Trump can be thought of as a very temperamental dog. Don’t try to be nice and pet him — he’ll sink his fangs in unexpectedly. Don’t show fear — that just makes him lunge. Don’t be aggressive and confront him — you’ll be mauled. Instead, Youngkin said calmly, “Good boy,” then walked swiftly past while Trump was busy sniffing and digging in the yard. Was this a triumph of shrewd political technique, or random good luck?

The people speculating about Youngkin’s national future don’t much care what he has done or not done for transportation infrastructure in Northern Virginia. They think the 55-year-old former investment banker may have found a formula to make the last six years just fade away—to return to the GOP leadership style we associate with names like Bush and Romney.

Trump is also a reflection of a broader phenomenon that makes it possible for Youngkin to be taken seriously. This is the concept of virality as a dominant factor in presidential politics. In a media-saturated environment, the thinking goes, a public figure has certain electric moments when she or he can arouse public curiosity and support. But those moments must be seized quickly or dissipate. By these lights, politics is not a mechanical process — organization, endorsements, issue platforms — but a chemical one in which personality and national mood interact in explosive ways. Nothing demonstrated the power of chemistry over mechanics like Trump’s brutal demolition of Jeb Bush in the 2016 primaries. Now, Youngkin evidently wants to harness chemistry again to reverse the process.

Obama is the patron saint for all those who don’t believe in the old rules of waiting one’s turn. He had only been in the Senate for two years when he announced what looked at first like a longshot candidacy for the 2008 Democratic presidential nomination. In his memoir, he recalled the advice given to him by Ted Kennedy: “You think you may not be ready, that you’ll do it a more convenient time. But you don’t choose the time. The time chooses you. Either you seize what may turn out to be the only chance you have, or you decide you’re willing to live with the knowledge that the chance has passed you by.”

But there is another case study closer to home for Youngkin. Doug Wilder, a Virginia governor I covered as a young reporter, drew national attention when in 1989 he became the nation’s first Black elected governor. With a dazzling personality, 20 years in state politics and a historic achievement winning in the capital of the Confederacy, his credentials seemed more self-evidently plausible than Youngkin’s for a presidential candidacy. Within a year or so of taking office, he was running. In an interview Wednesday, Wilder recalled the reaction of former supporters: “How dare you!” He said the loudest applause he ever got was when he later announced he was ending his candidacy to devote full time to Virginia.

Wilder said he thinks Youngkin “has gotten off to a good start” as governor, but that what he needs to do now is obvious. Answer every presidential inquiry by saying flatly that, “Every last ounce of my energy and time is going to the people of Virginia.” National politics, Wilder said, might well be in Youngkin’s future. But he said Youngkin should build a longer record, and heed advice Wilder learned early in a career of political horse-trading: “You have to put something on the table besides your elbows.”

So who does Youngkin think he is? He was a star athlete in high school, a Division 1 basketball player in college, a hugely wealthy business executive as an adult and won Virginia’s top office the first time he ran for anything. Stirring his competitive fires, or imagining that destiny might have something special in store for him, likely comes as naturally to him as breathing. What’s more, in indulging presidential speculation, Youngkin is playing by the rules as they exist in a media-driven era of politics, not making up his own rules.

Recent history suggests keeping Youngkin Mania in check for now. I do not know the current governor, but I do know and have covered a considerable line of his predecessors. Charles Robb, George Allen, Jim Gilmore, Mark Warner, Tim Kaine, Bob McDonnell, in addition to Wilder and McAuliffe. All of them were governors who imagined themselves, and in most cases were imagined by many others, as potential presidents. Virginia’s law limiting prohibiting governors from consecutive terms, combined with its swing-state status, combined with its proximity to the nation’s capital — all these tend to draw a national spotlight. But so far no Virginia governor has vaulted to the presidency since John Tyler in 1841.

In order to surmount that history, or make himself the future of the GOP, Youngkin must first reckon with a present in which he is interesting primarily for who he isn’t. Pressed on Face the Nation about whether Trump should run again, Youngkin demonstrated his command of the obvious: “President Trump’s gonna do what President Trump wants to do.”