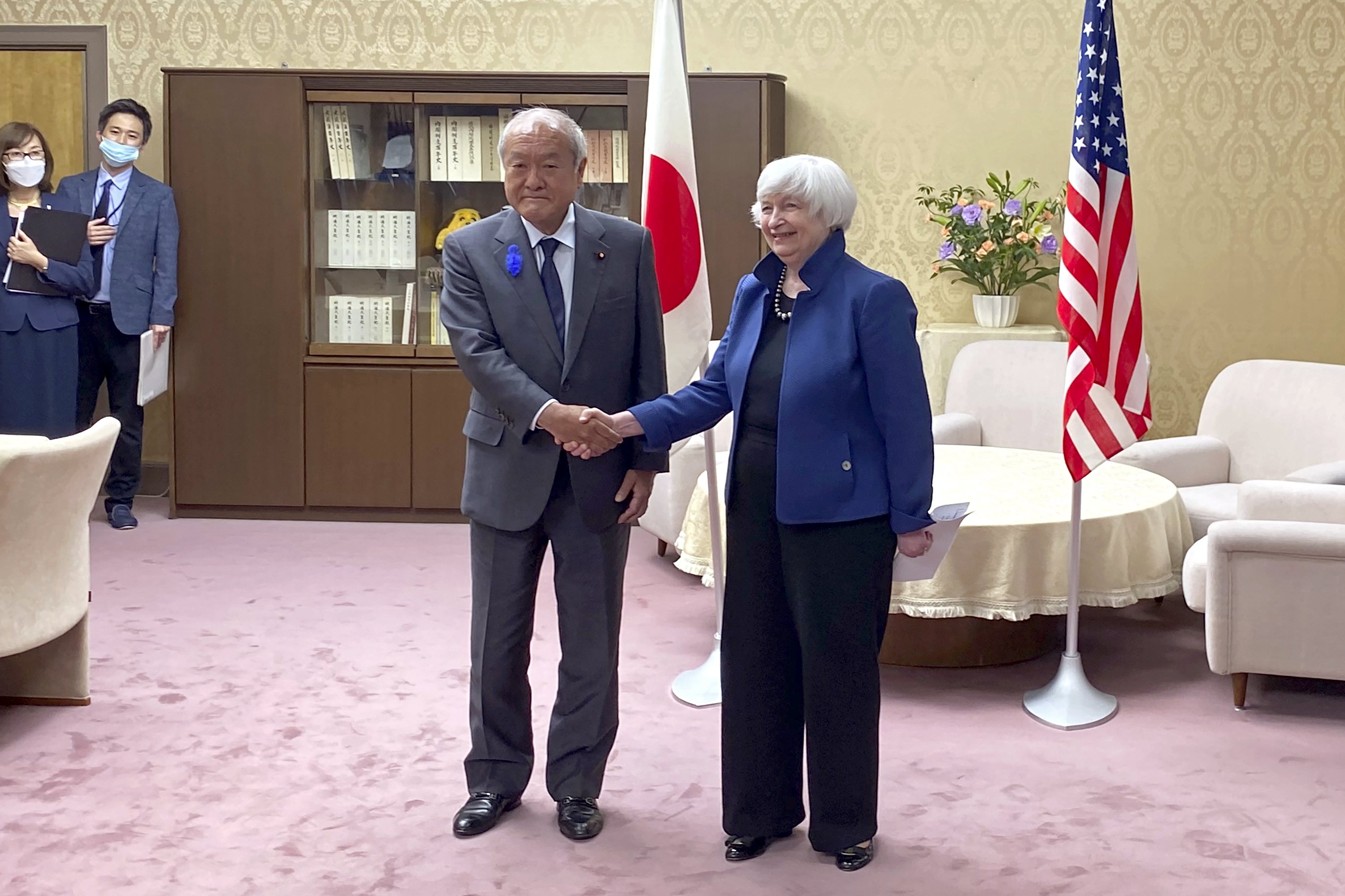 As Europe moves to cut off oil exports from Russia by the end of the year, U.S. Treasury Secretary Janet Yellen is on a mission to keep the supplies flowing.

Yellen travels to Indonesia on Wednesday for a meeting of the Group of 20 finance ministers where she will try to persuade the world’s biggest economies to back an extraordinary proposal to cap the price of Russian oil. The goal is to choke off a key source of revenue for the Kremlin while at the same time avoiding a potentially calamitous global energy supply shock.

Four months after Vladimir Putin launched his invasion of Ukraine, soaring energy prices have softened the blow from Western sanctions, allowing Moscow to rake in millions each day in oil payments to finance its war machine.

As a result, Europe is set to implement new restrictions by the end of this year that would dramatically limit Russia’s seaborne oil exports. But U.S. officials worry that would lead to a plunge in world supply that could send prices soaring — a shock that would exacerbate the highest inflation the U.S. has seen in four decades.

The American proposal: Allow an exception from the European sanctions for importers who agree to buy Russian oil at a heavily discounted price.

“What we want to do is keep Russian oil flowing into the global market to hold down global prices and try to avoid a spike that causes a worldwide recession and drives up oil prices,” Yellen told lawmakers last month.

The proposal has gained traction in recent weeks, with leaders from the Group of Seven economies agreeing to explore the idea further following their summit in Germany.

Yellen’s effort comes as President Joe Biden heads to the Middle East this week, where he is expected to push for greater oil production from Saudi Arabia and other OPEC nations to help offset supply shocks stemming from the war in Ukraine – a bid that administration officials admit is a longshot.

The push for a price cap is a critical diplomatic test for Yellen, who is making her first trip to Asia as Treasury secretary, including stops in Japan and South Korea. She scored a major win last year in securing agreement on an international tax deal from more than 130 countries, but that plan has faltered amid delays and disagreements over its implementation.

If successful, the cap could help dampen the impact of the war on energy prices, while also denying Russia access to revenue for its military, a senior Treasury official told reporters before Yellen’s trip. “The more we talk to different countries about it, the more they understand the concept we’re putting forward and understand the rationale,” the official said.

But some economists and energy experts are skeptical that the proposal — the details of which are still being finalized — will work, raising questions about how each jurisdiction can enforce the ban and how Putin will respond.

Under the proposal, importers who don’t go along with the price cap would face restrictions on shipping-related services such as financing and maritime insurance, which are largely controlled by firms in the European Union and the U.K. without such services, shipping oil out of Russia becomes extremely difficult.

But the international market, which handles millions of barrels of oil flowing through dozens of countries every day, is too big for government officials to enforce a price cap for barrels emanating from one country, said Pavel Molchanov, senior energy analyst at Raymond James.

“As a practical matter, it cannot work,” Molchanov said.

On the other hand, Molchanov said, Russia has been offering increasingly steep price discounts to sell oil on the global market. “This tells us that the pool of prospective buyers is shrinking,” he said.

China and India in particular have ramped up their purchases of deeply discounted Russian oil, and it’s in their countries’ best interest to keep that oil flowing, said Andy Lipow, head of oil market consulting firm Lipow Oil Associates.

“How do you enforce it? You need China and India to agree,” Lipow said.

Russia could also get around the price cap simply by adding a tax or fee on oil exports to be paid separately, Lipow added. “Say you’ll buy it for $40 a barrel and then cut a separate check to the Russian government after it’s delivered,” Lipow said.

Another question is whether Kremlin-friendly importers who snub the price cap would be able to secure adequate maritime insurance elsewhere to keep their tankers moving.

There is some evidence that insurance activity is beginning to migrate, but those efforts are in their infancy, said Robin Brooks, chief economist at the Institute of International Finance. 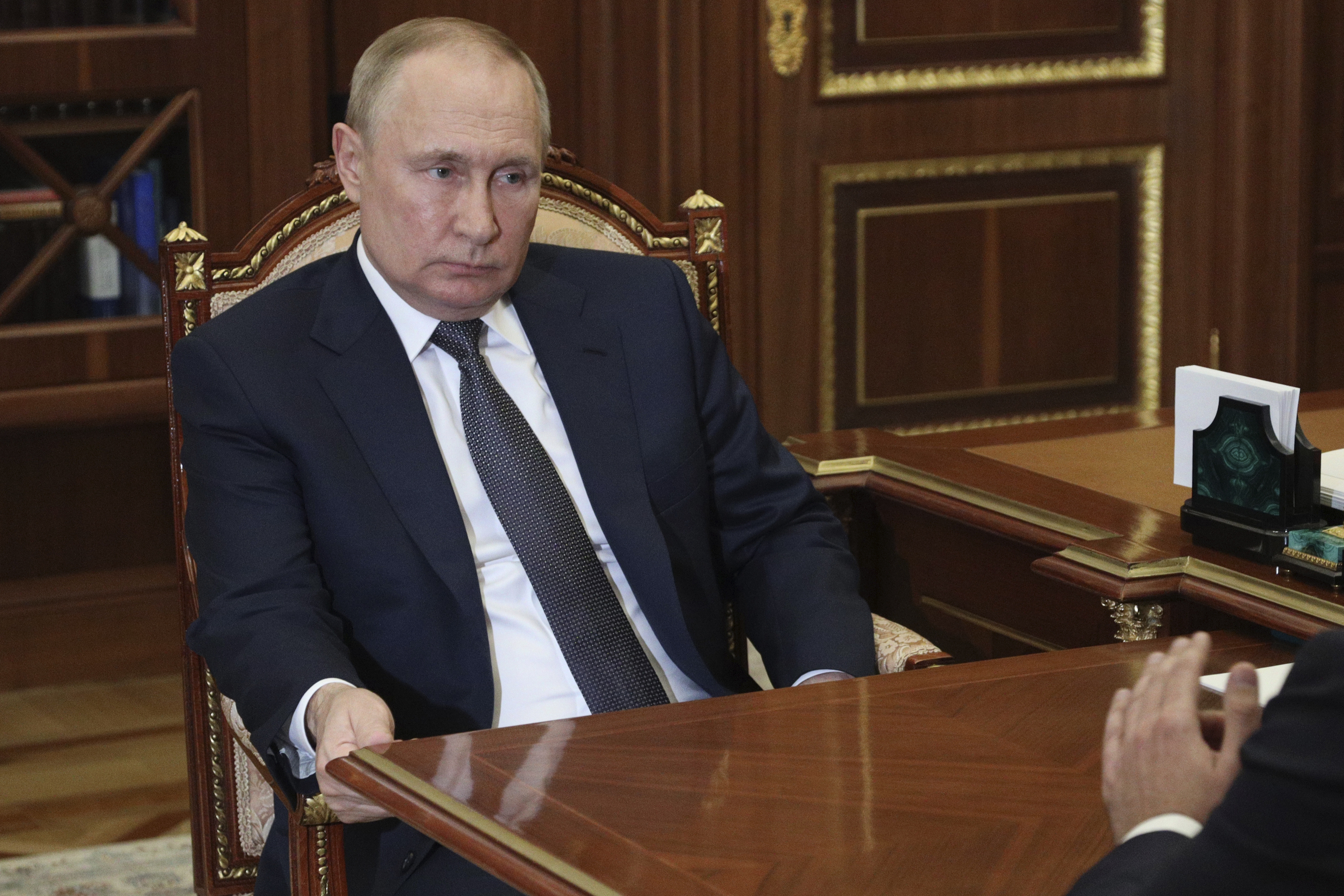 The other major risk is geopolitical: Will Putin retaliate?

In a televised address last week, the Russian leader warned of “catastrophic consequences” for global energy markets if the West moved ahead with further sanctions.

If Russia is exporting 3.9 million barrels of seaborne crude oil a day, even a 25 percent cut would push prices noticeably higher, said Gerard DiPippo, a senior fellow with the economics program at the Center for Strategic and International Studies.

While Putin’s decisions aren’t always rational, he is willing to take risks, DiPippo said. “His calculus, his ideal, is to break the Western coalition, and energy prices are his best hope for doing that,” he said. “Russia’s ability to call our bluff on this I think is pretty obvious, and it’s risky.”

Analysts at JPMorgan Chase estimated that, in a worst-case scenario, Russia could slash daily crude production by 5 million barrels without damaging its economy, a move that could push global oil prices up to what they called a “stratospheric” $380 a barrel from less than $100 now.

Brooks and other experts are skeptical that Putin would essentially halt all oil exports. Such a move would be costly and labor-intensive and could cause long-term damage to Russian oil wells. The upshot: Even if a full embargo takes effect, it would potentially be quite short, Brooks said, but he added that the impact is highly uncertain.

“What we’re debating is, ‘how much pain for how long?’” he said. “And what we’re observing is a reluctance — and it’s an understandable reluctance — among policymakers to go for a lot of pain for potentially a short period, versus medium pain, versus doing nothing and just hoping things work themselves out.”

Ben Lefebvre contributed to this report.