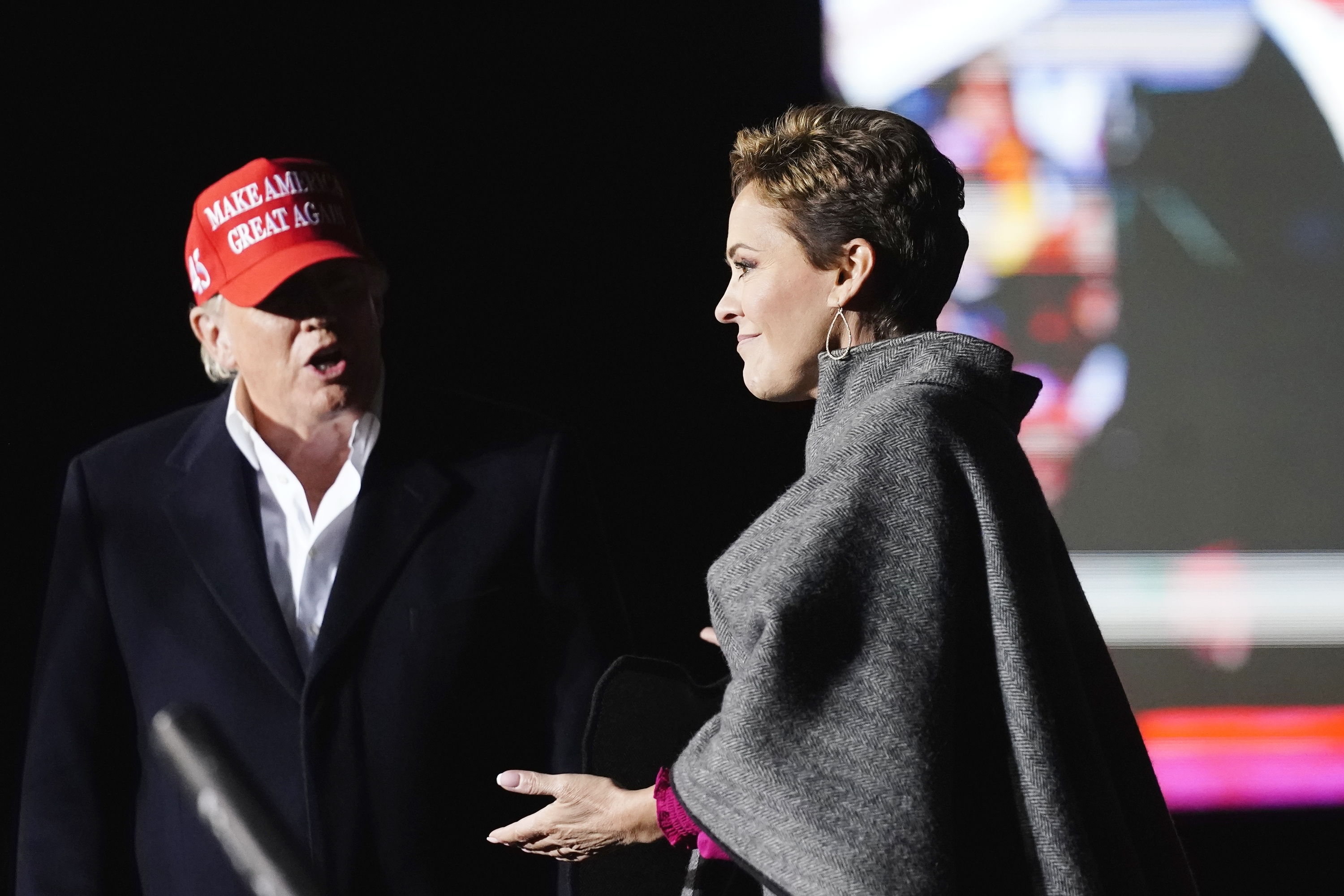 Donald Trump will travel to Arizona later this month to campaign for Republican gubernatorial candidate Kari Lake, escalating an emerging proxy fight between the former president and Gov. Doug Ducey, who has endorsed a rival GOP candidate.

Trump’s Saturday rally in Prescott Valley, which was announced Monday night, comes ahead of the Aug. 2 primary. Lake is running against a field that includes Karrin Taylor Robson, a former member of the Arizona Board of Regents and a wealthy GOP donor who last week received Ducey’s support.

The primary is the latest point of contention between Trump and Ducey. The former president has repeatedly assailed the Arizona governor for refusing to overturn the 2020 election outcome in Arizona, which President Joe Biden won narrowly. After the election, Ducey was famously seen putting the former president to voicemail while signing papers certifying Biden’s victory.

The contest to succeed the term-limited Ducey as governor has revolved around the 2020 campaign. Lake, a former local TV news anchor, has echoed Trump’s ongoing lie that the election was stolen and made it the centerpiece of her campaign. Robson, meanwhile, has not joined other Arizona Republicans in falsely saying Trump won the state.

During a recent debate, Lake challenged Robson and the other candidates to say the election was stolen. Robson refused to say so, instead remarking that she wouldn’t play into Lake’s “stunt.” Lake’s campaign later called Robson’s answer “sickening.”

Ducey on Monday morning held a conference call with donors in which he encouraged them to get behind Robson, a person familiar with the call confirmed. The call was first reported by the Washington Post.

While Trump has largely proven successful in endorsing winning House and Senate candidates in the midterms, he has had much more trouble bending gubernatorial primaries to his will. In Georgia, the Trump-endorsed David Perdue suffered a lopsided defeat to Gov. Brian Kemp, who, like Ducey, has been attacked by Trump for refusing to intervene in the 2020 vote count.

Like Ducey, Ricketts is a co-chair of the Republican Governors Association, which lent its support to Kemp in the Georgia primary.

Trump and another sitting governor are embroiled in a different primary proxy war to be settled later this month. In Maryland, the former president has backed state legislator Dan Cox, while Gov. Larry Hogan has lined up with Kelly Schulz, a former official in his cabinet.