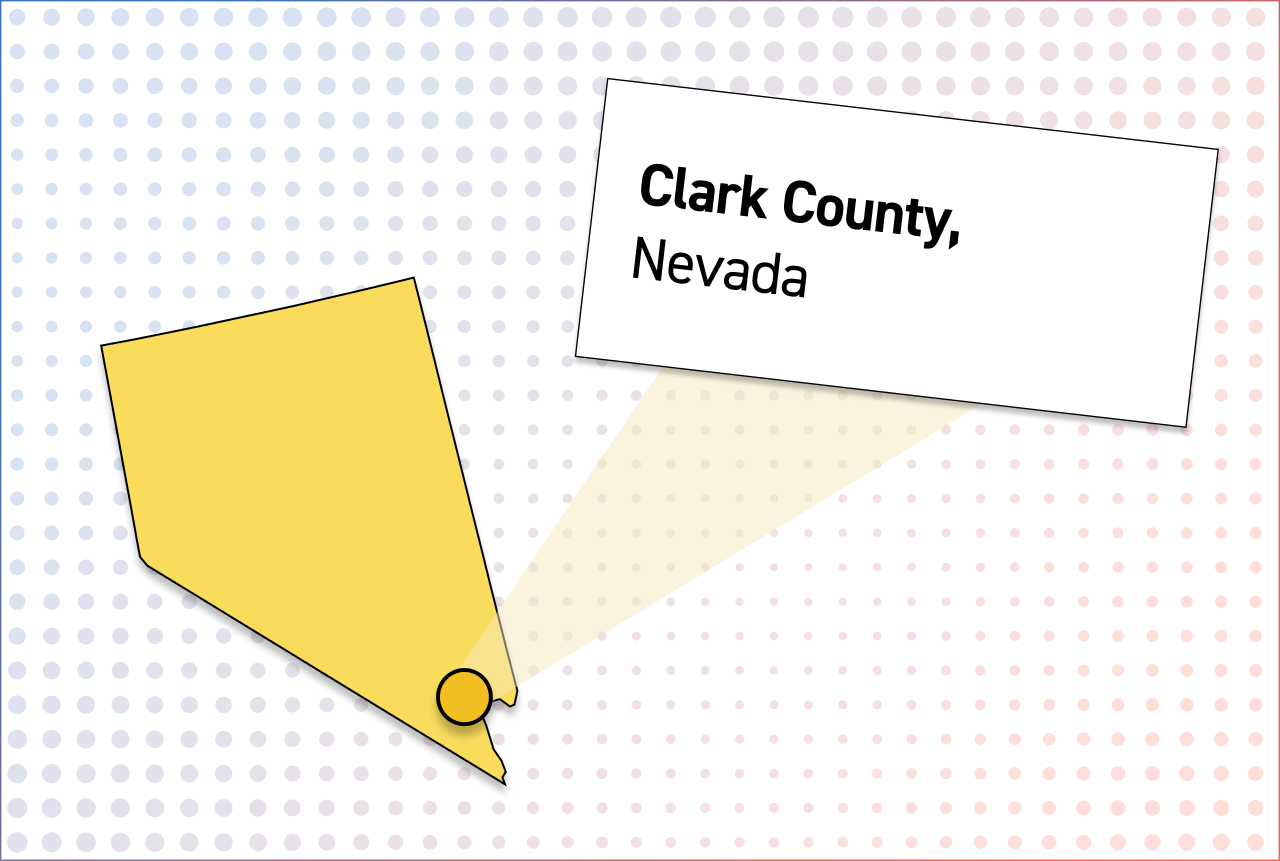 Home to the Las Vegas Strip and more than seven in 10 of the state’s residents, Clark County is the hub of Nevada politics.

It’s also playing a lead role in the battle for Congress this fall, key to the outcome of a battleground Senate race that Democrats must hold to have a fighting chance of keeping the Senate — as well as a trio of highly competitive House races.

The county’s increasingly diverse electorate — more than 20 percent of its voters are Latino — has historically worked in Democrats’ favor: The party has prevailed narrowly in the past four presidential elections in Nevada, with Clark County driving those victories. But this year’s environment is much less hospitable to Democrats.

Democratic Sen. Catherine Cortez Masto, who in 2016 became the first Latina elected to the U.S. Senate, will need to sway a significant number of nonpartisan voters in this Democratic-leaning county to win a second term. About 30 percent of voters in Clark County are registered as independent or nonpartisan. Former state Attorney General Adam Laxalt, who received former President Donald Trump’s endorsement, won the GOP primary in June and will face off against Cortez Masto in the fall.

As for the House races, longtime Rep. Dina Titus (D-Nev.), who represents the 1st Congressional District, is in for her most competitive race in years, as redistricting incorporated more Republican voters into her district. In the two other races, 4th District Rep. Steven Horsford (D-Nev.) and 3rd District Rep. Susie Lee (D-Nev.) are both on the National Republican Congressional Committee’s list of vulnerable Democrats.

POLITICO rates the Senate race and the 3rd District race as toss-ups, and the 1st and 4th District contests as “lean Democratic.”

Inflation is hitting Clark County hard and will be a driving issue in the election. The median cost of a single-family home in the county rose over 26 percent in a year, while rent prices outpaced the national average. The price of gas in the landlocked state, meanwhile, is among the highest in the country.

Meanwhile, the hospitality industry — the largest business sector in the state — lost tens of thousands of jobs since Covid-19 began. Reports show that the Latino population in Las Vegas has been disproportionately hurt by job losses because of inadequate access to health care and a higher concentration of workers in the service industry.

Republicans in the county are blaming Cortez Masto and Democratic Gov. Steve Sisolak for rising prices. But Cortez Masto is touting an influx of federal dollars the state has received for infrastructure projects, including $13 million for affordable housing funding in Clark County. In March, Cortez Masto also trumpeted hundreds of millions in federal grants for local police departments as part of the omnibus spending package.

Laxalt, as the former state attorney general, is highlighting his support among law enforcement and his platform to combat crime.