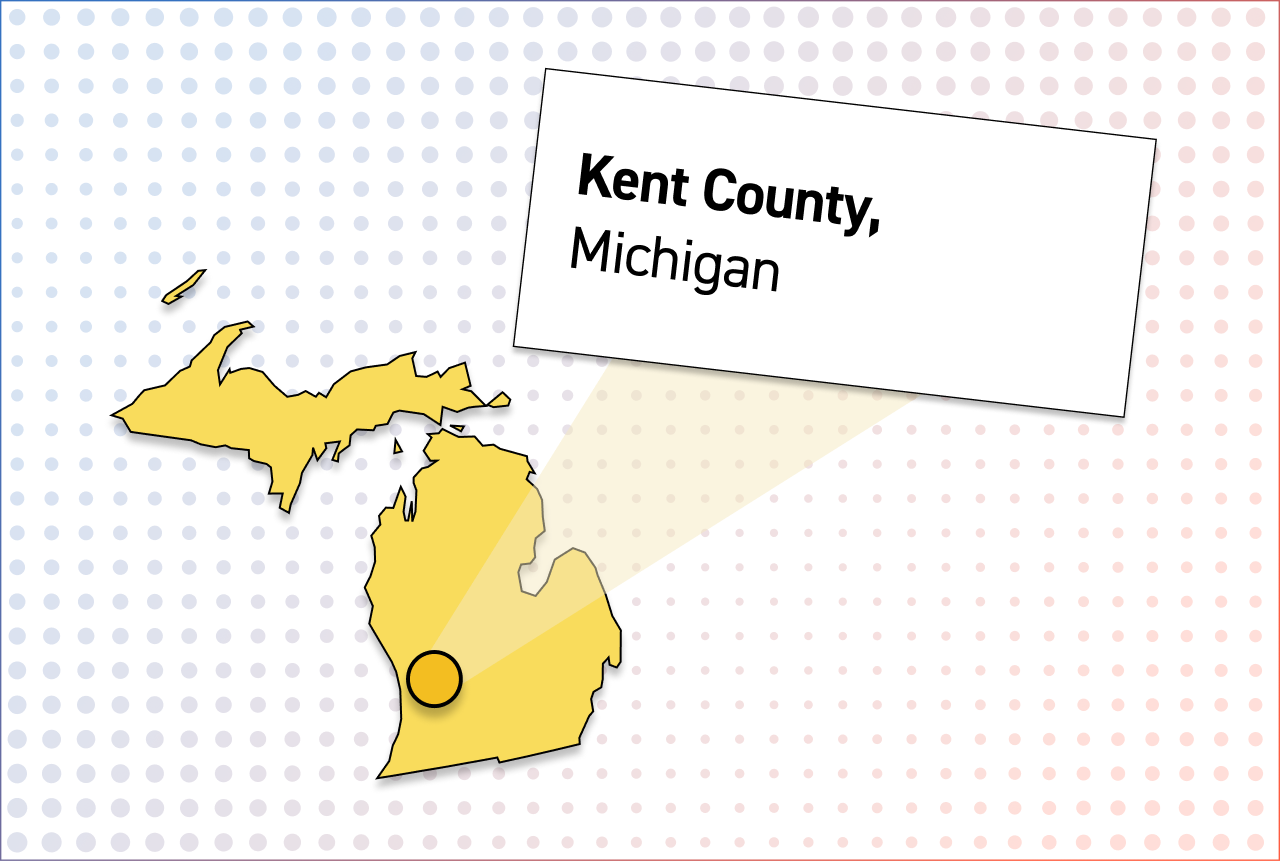 Kent County, Michigan, home to the city of Grand Rapids and former President Gerald Ford, has a Dutch heritage that has nurtured elite Republican figures for decades. Former U.S. Secretary of Education Betsy DeVos also has ties to the county, which gave George W. Bush 59 percent of their votes against Al Gore’s 38 percent in 2000.

The area’s current congressman, grocery store chain heir Rep. Peter Meijer, fits the county’s traditional mold. However, Meijer was one of just 10 Republican members of Congress to vote for former President Donald Trump’s impeachment in the House, putting him on the former president’s enemies list. Now he’s being challenged by Trump-endorsed candidate John Gibbs, a former conservative political commentator who served as a housing official during the Trump administration.

The county’s status as a Republican stronghold has been eroding in part because of demographic shifts. Between the 2010 and 2020 censuses, the county saw a 10 percent increase in its Hispanic population and a decrease in its white, non-Hispanic population. A national trend of college-educated voters going for Democrats and recently redrawn congressional districts have also aided the county’s Democratic Party.

The result is that the county has swung between the two parties in recent national elections. The county hadn’t chosen a Democrat since 1964 when it went for former President Barack Obama in 2008 by just 1,500 votes. In 2012, Kent County voters rejected Obama in favor of Republican Mitt Romney before backing Trump in 2016 by a narrow 3-point margin over Hillary Clinton.

But since 2018, Democrats have scored some wins in the county as well: Democrat Gretchen Whitmer was the county’s choice for governor in 2018. In 2020, President Joe Biden received 52 percent of the vote to Trump’s 46 percent.

If Meijer prevails in the primary despite Trump’s endorsement of his opponent, he will face a rematch against Democrat Hillary Scholten, whom he bested by just 3 points in 2020. Still, Democrats are energized by new maps, which were drawn by an independent, citizen-led redistricting commission and are viewed to be more competitive, even though they still slightly favor Republicans.

Local Republicans believe economic issues like skyrocketing gas prices will help give the party an edge. Michigan and other states have debated measures like pausing the state’s gas tax, but Whitmer has instead pleaded to Congress for a federal pause. This, plus Biden’s sagging approval rating, may be a drag for Democrats.