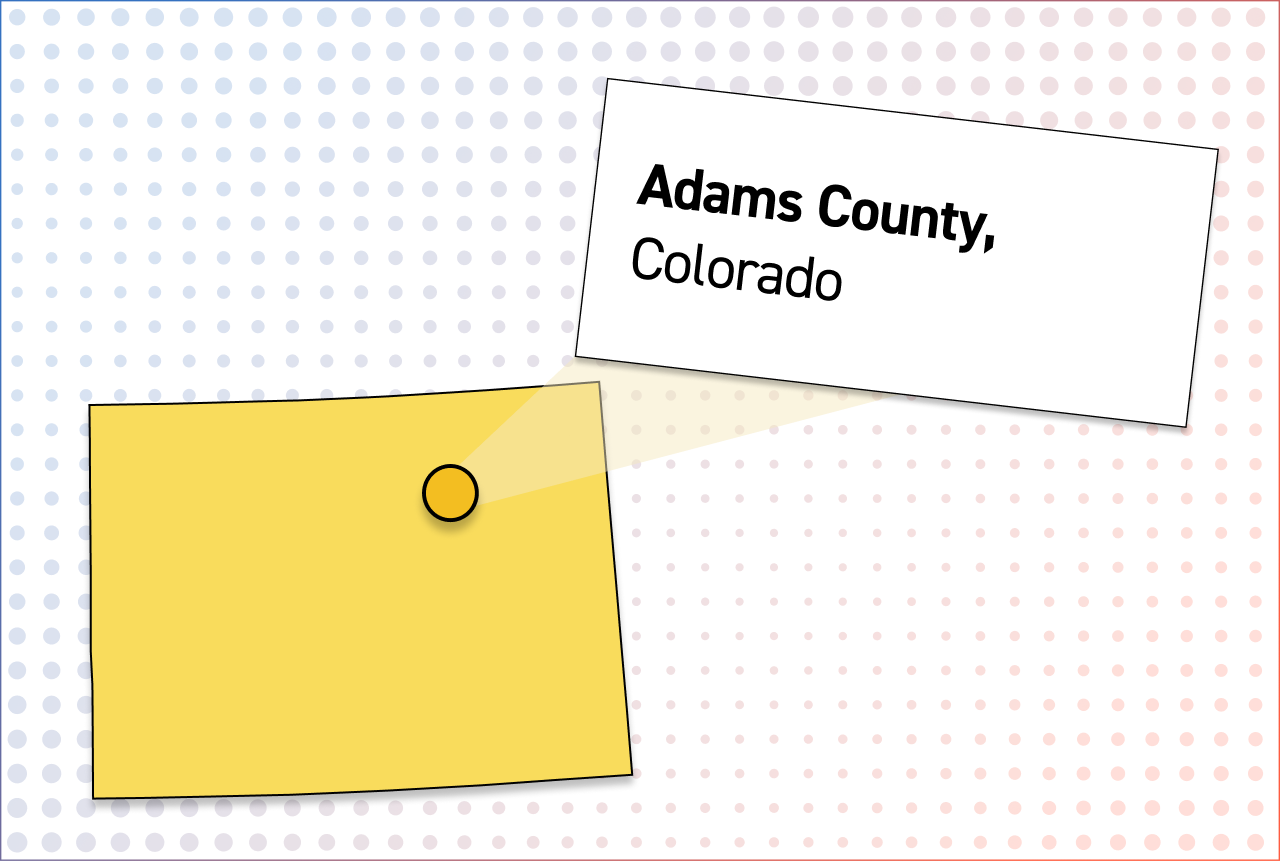 Voters in Colorado’s Adams County — a working-class, panhandle-shaped area northwest of Denver stretching some 72 miles from east to west — will help decide one of the most competitive House races in the country.

But calling the state’s newly minted 8th Congressional District contest a “toss-up” doesn’t do justice to how up in the air it truly is.

First, the county: It’s fair to say it’s a stand-in for the demographic makeover of the American West over the past two decades and running. Non-Hispanic white residents recently became the minority, with Latinos making up 40 percent of the population, up from 28 percent in 2000.

The newly created 8th District was born out of the latest round of redistricting after the 2020 census. Some two-thirds of the district’s voters live in Adams County, and they are a decidedly divided lot: About 28 percent are registered Democrats, and a slightly smaller proportion identify as Republicans. But what makes the district unique among toss-up races is that unaffiliated voters vastly outnumber those registered to either political party, accounting for 44 percent of the electorate.

Former President Donald Trump narrowly carried the voters in the district in 2016; four years later, President Joe Biden barely prevailed. Both national parties are heavily targeting the race, which POLITICO rates as Colorado’s lone toss-up. The contest will serve as a test case of Democrats’ ability to appeal to Latino voters, at a time when the party has been accused of taking that critical demographic for granted — and as Republicans have increased their margins among them.

Democratic Party officials in April chose as their nominee pediatrician and state Rep. Yadira Caraveo. “As the daughter of immigrants, raised on my dad’s construction worker salary, I know the value of hard work,” she told supporters after her selection. Caraveo will face Republican Barbara Kirkmeyer, a state senator, in the fall.