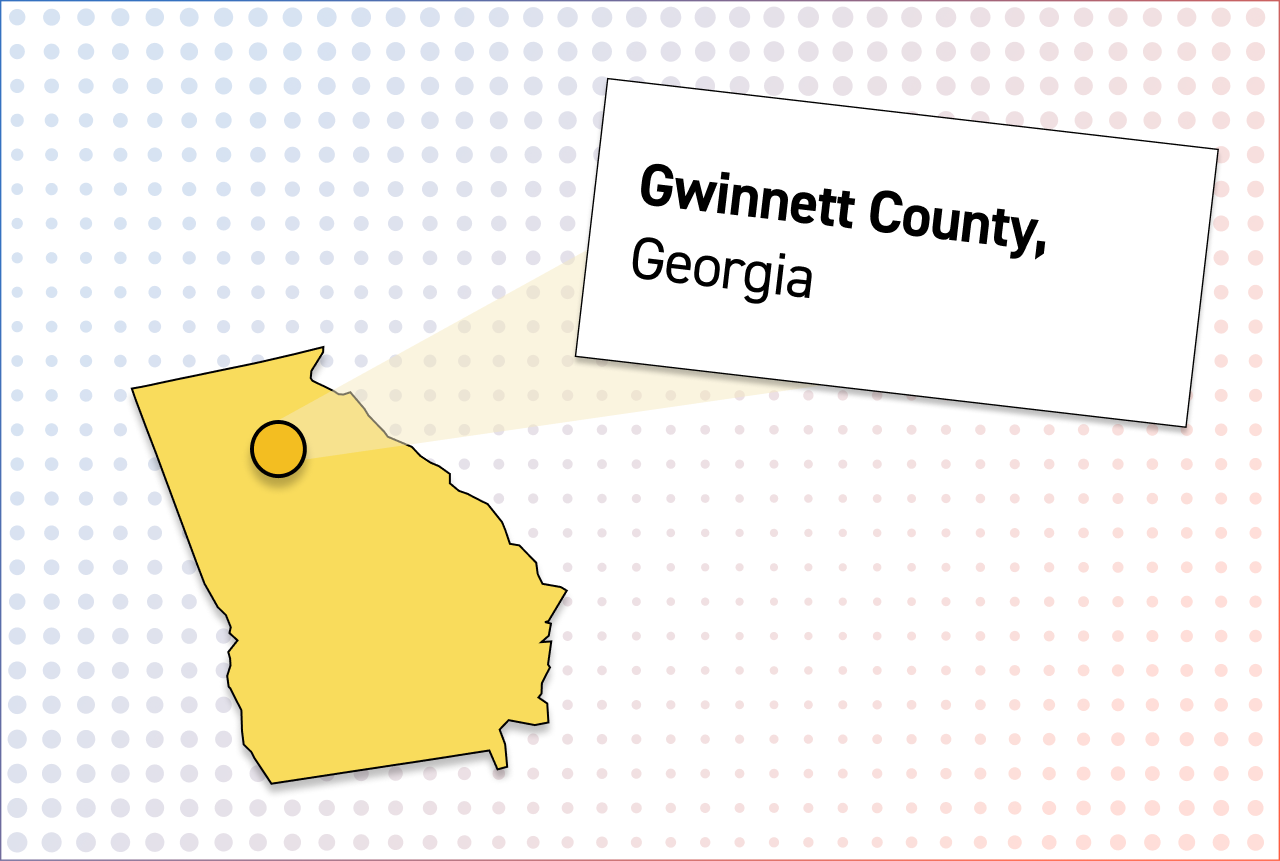 Republicans are aiming to reclaim a Georgia battleground outside of Atlanta that facilitated the state’s historic 2020 red-to-blue shift.

Democrats’ yearslong political strides in Gwinnett County could be cut short by careful GOP messaging and legislation, as Republicans work to avoid repeating 2020 losses. It’s a land of opportunity for both parties: Democrats are seeking to preserve the multiracial coalition they built, while Republicans look to break it up.

Georgia is hosting several must-watch elections this year: a heated gubernatorial rematch between Gov. Brian Kemp and Stacey Abrams; the first-ever competitive Senate race featuring two Black men — Herschel Walker and Sen. Raphael Warnock; and down-ballot contests that will challenge Republicans’ hold on state power. Democrats are relying on high margins of success in the state’s second-largest county, a new asset to the party, to succeed in these elections.

It hasn’t always been this way. Though it’s now home to copious ethnic businesses peppered with flyers in languages from Spanish to Korean, Gwinnett was a predominantly white, Republican stronghold a couple of decades ago, where Democrats ran unsuccessfully, if at all. But the county stunned the rest of the state in 2016 when Democratic presidential nominee Hillary Clinton won the district, early evidence of Georgia’s swing-state ascendancy.

Census data shows why. Gwinnett’s white-only residents declined by over 30 percent from 2000 to 2020, while its Black, Hispanic and Asian populations saw substantial increases. Many were transplants that came for affordable housing and jobs. Democrats capitalized on that transition by promoting voter registration and translating information into other languages.

Those efforts helped hand Georgia to President Joe Biden in 2020 and deliver a Senate Democratic majority, with record-high Black and Asian American voter turnout. But Democrats will need to maintain that trend while withstanding attacks from an entrenched, motivated state Republican Party.

GOP success hinges on flipping voters by decrying a Biden presidency it claims is marred by high inflation and insufficient action — issues that Republicans, with gas vouchers in hand, say they’re well-suited to address. Gwinnett Republicans also have put up Asian candidates in statehouse races; held events marketed toward Black voters, such as a Black History Month panel and elevated conservative Latino politicians to build on 2020 inroads with Hispanic communities.

It’s obvious Republicans “perceive Gwinnett as a threat,” Bourdeaux told POLITICO. “You will see they’re working very hard to diversify their own party to kind of meet this moment.”