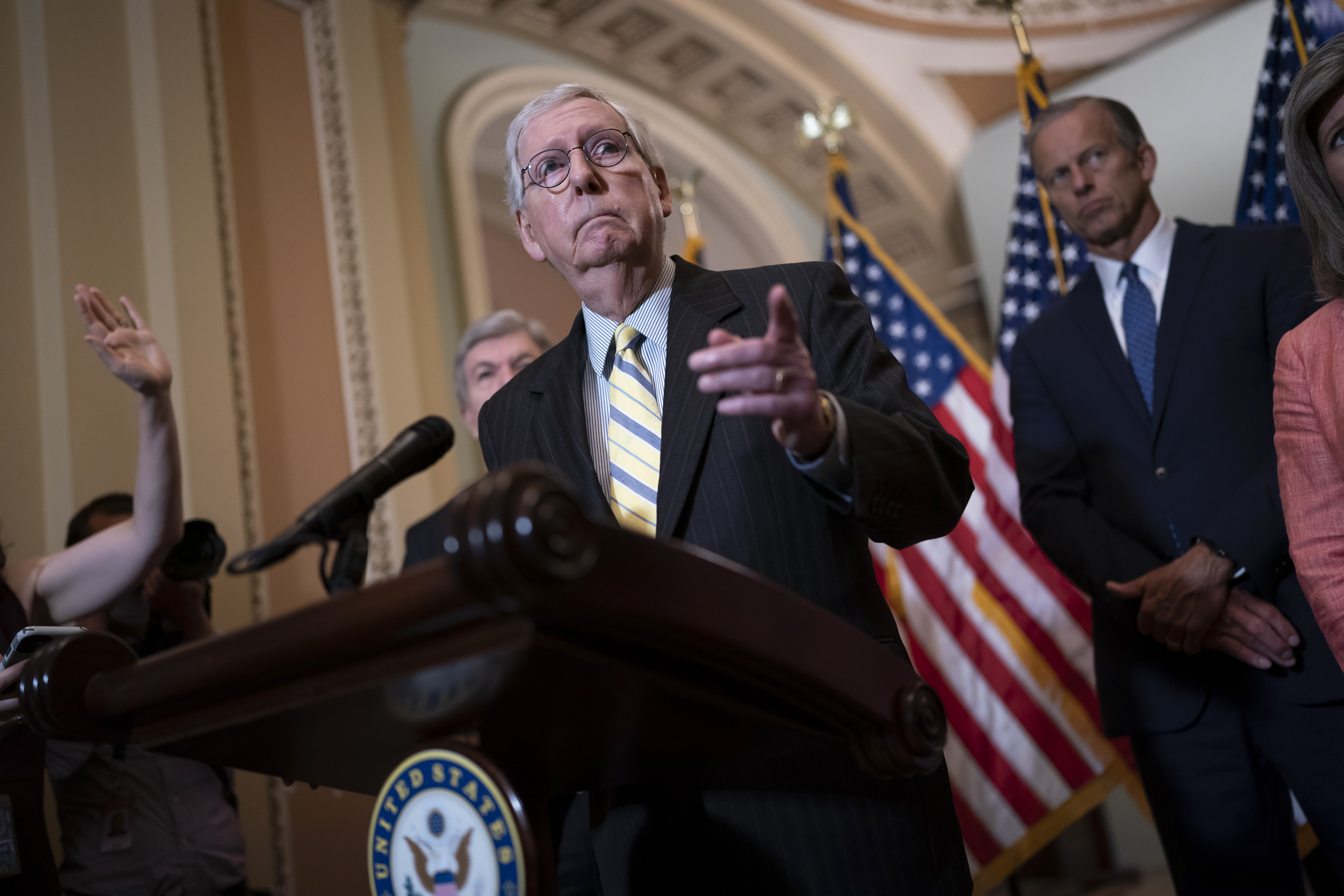 Senate Republicans are lining up to back Minority Leader Mitch McConnell as he threatens to tank multi-billion-dollar legislation aimed at confronting China, imperiling what initially appeared on track to join this Congress’ biggest bipartisan achievements.

McConnell’s threat, sent via tweet while senators were away from Washington, was aimed at derailing Democrats’ fledgling efforts to revive their party-line tax and climate bill, which all Republicans are expected to oppose. Although the Kentucky Republican supported the U.S.-China competition bill, known by some as USICA, he’s now vowing to block it if Democrats move forward with their separate legislation.

The move jostled lawmakers from both parties. But even Republicans who toiled on the now-at-risk competitiveness bill are behind him.

“USICA is a national security imperative,” said Sen. John Cornyn (R-Texas), whose effort to spur microchip production is included in the legislation. “I interpreted that as Sen. McConnell’s firm indication that he wants us to deal with that and not a partisan reconciliation bill.” 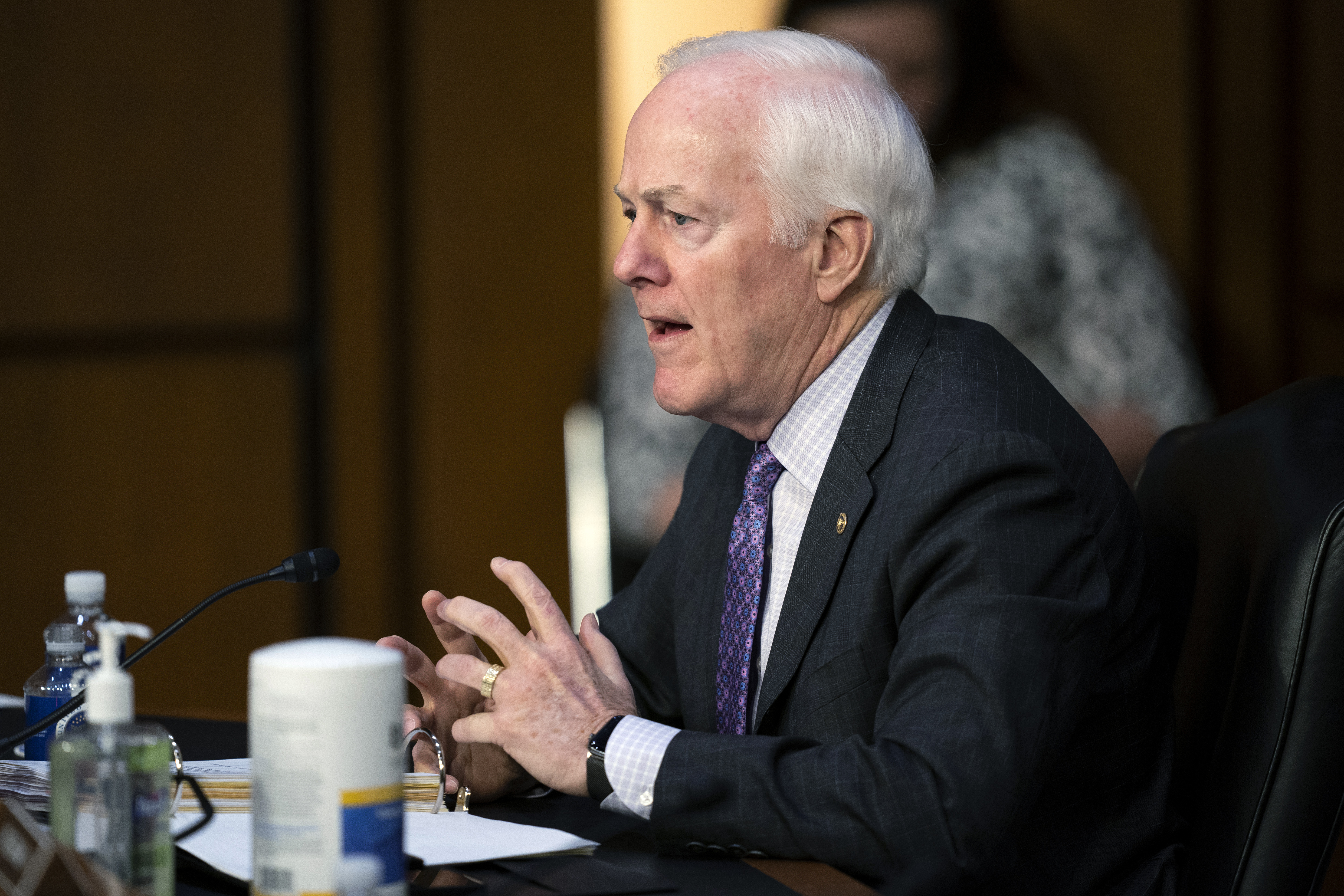 Top Democrats say they are unrattled by a McConnell maneuver widely viewed as a last-ditch effort to sink a party-line spending bill that could help them dismantle much of the GOP’s 2017 tax cuts. Moving forward with the tax and climate bill as they brush off McConnell’s posture, Democrats insist the GOP leader has little leverage over their cross-Capitol talks.

“It is insane, with the potential destabilization activities going on around the world, that we would play political football with something that’s about jobs, national security [and] inflation,” said Senate Intelligence Committee Chair Mark Warner (D-Va.), who has partnered with Cornyn on the microchip funding plan.

After three months, negotiators from both parties and both chambers are still finalizing a China competition bill that bridges differences between the House- and Senate-passed versions. The Senate passed its version more than a year ago, with nearly every Democrat and 19 Republicans voting yes.

Democrats insist that Republicans who previously backed USICA wouldn’t suddenly oppose it simply because they’re pursuing priorities they’ve gone after since they took power on the Hill. But if their bet goes sour, some Democrats privately acknowledge they have at least one plan B, even if they’re not prepared to use it yet: Ditching cross-aisle bicameral talks altogether and sending the Senate-approved version through the House.

On Monday, McConnell argued that a party-line spending bill will “crowd out” the Senate’s ability to pass USICA and “paralyze” the chamber.

“We can’t negotiate the finer points of nuanced economic policies in a bipartisan way … only for Democrats to immediately turn around and redesign the entire economy along pure party lines,” McConnell said. “Of course that can’t work.”

Cornyn indicated that he wasn’t particularly worried about USICA going by the wayside, citing Democrats’ months-long failure to reach an agreement on their unilateral spending bill — though majority-party senators involved in the talks are hinting at progress in the latest round of talks.

And not every Republican involved in the lengthy crafting of USICA is explicitly backing McConnell’s threat. Some are trying to keep peace in their own way, urging Democrats to walk back from the ledge on their tax and climate ambitions.

“We have a national security imperative to get USICA done,” Sen. Todd Young (R-Ind.), the original co-sponsor of the China competition bill, wrote on Twitter. “I’m disappointed that it is getting sidetracked once again by Democrats’ reckless partisanship, which will only worsen the economic hardships Hoosiers are already facing.”

Young later told POLITICO that “it’s a really dynamic environment” with the ongoing talks to finalize USICA, adding that Republicans “haven’t even had a family conversation yet.” He also referenced a classified Senate briefing later this week with Commerce Secretary Gina Raimondo, Deputy Defense Secretary Kathleen Hicks, and Director of National Intelligence Avril Haines — a session set up by Majority Leader Chuck Schumer to emphasize the need to push back against China’s malign global influence. 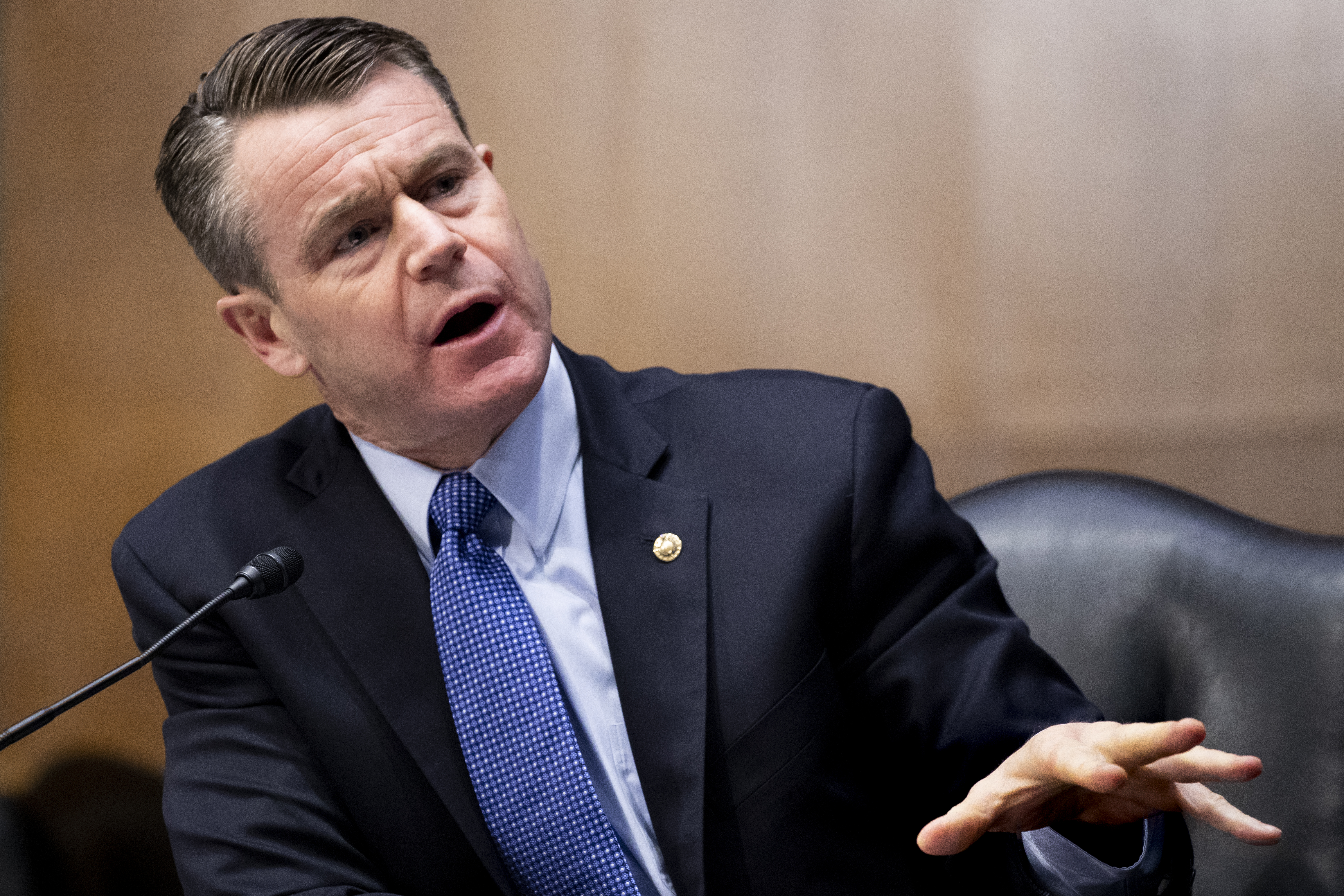 The China competition bill has long been a top priority for Schumer, who doesn’t seem fazed by McConnell’s threat to leave the table.

But the episode has spurred many Democrats to wonder behind the scenes whether House leadership would be willing to take the Senate-passed version — even if it means ditching months of negotiations — to ensure the bill isn’t turned into a pawn.

For now, top Democrats say they are full steam ahead on bipartisan talks. Both chambers will spend the next several weeks in Washington, where lawmakers, including in the House, hope to make progress on some of the thorniest remaining issues.

“I’ve encouraged Sen. Schumer to make a choice, because we don’t have an unlimited amount of time,” Cornyn said. “I think we have a window here between now and the beginning of the August recess.”

Democrats say it shouldn’t be a zero-sum choice between two substantively different bills. They point to McConnell’s own insistence that last year’s bipartisan infrastructure bill proceed separately from an earlier, $1.7 trillion version of this summer’s party-line spending plan.

“The right question is how ridiculous is it to kill a bill that you say you like because there’s a different negotiation about a different thing,” Sen. Brian Schatz (D-Hawaii) said. “There’s just no way you can govern that way.”

Even before McConnell’s tweet, a growing number of battleground-district House Democrats had been pressuring party leaders to simply take up the Senate version, eager to tout the bipartisan victory back home and anxious that talks could break down fully before November.

That pressure will reach a fever pitch by the end of July, when those swing-seat incumbents will head back to their districts for the long summer recess.

“No one feels like they have a fire under their ass and get it done,” said Rep. Elissa Slotkin (D-Mich.). “But I would love for some of those leaders to come to my district and sit at that roundtable and have that conversation with people and explain why election-year politics is getting in the way of having some control over our economic security.”

Anthony Adragna and Gavin Bade contributed to this report.