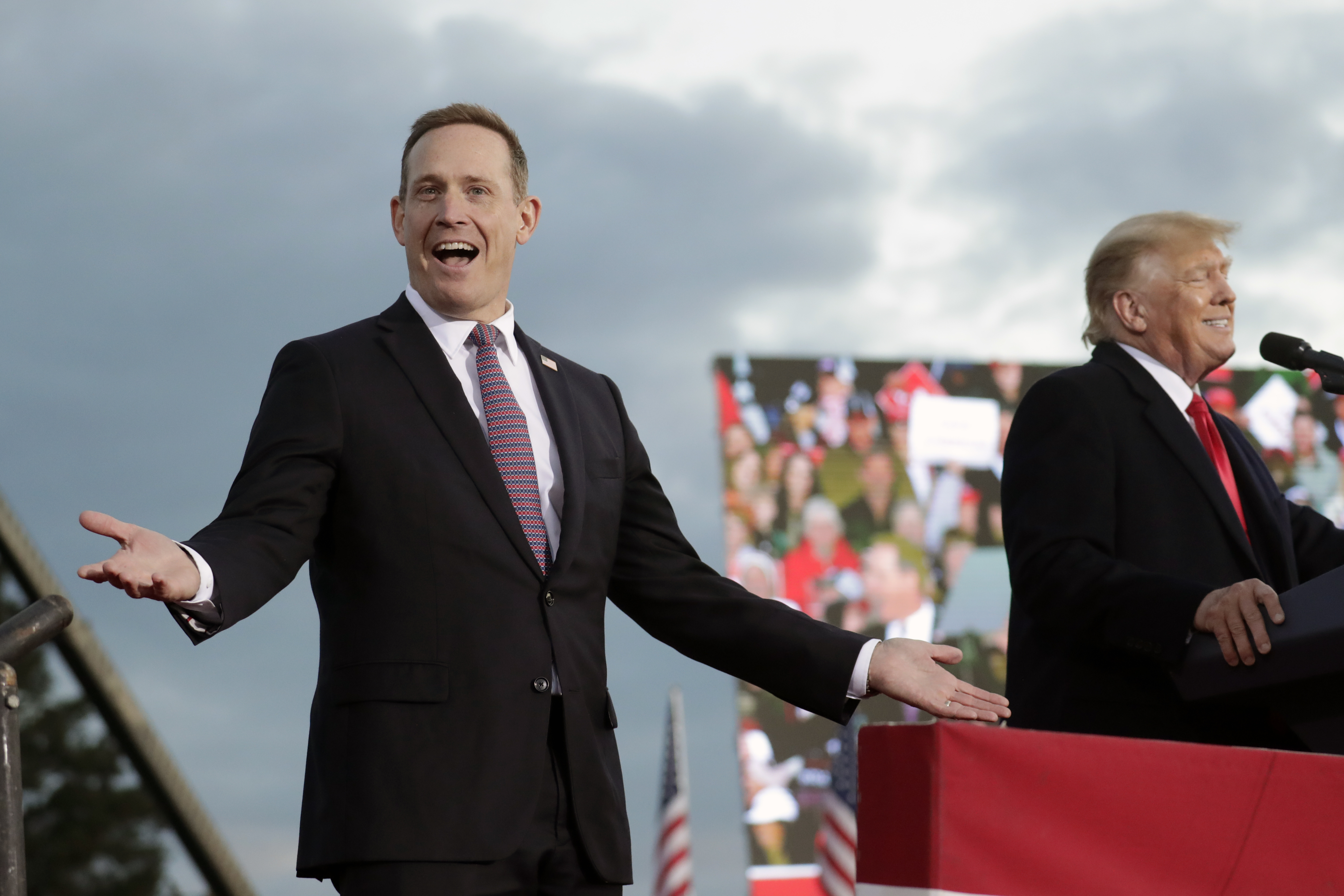 When Republican Sen. Pat Toomey was in a tight reelection fight in 2016, he made a direct appeal to undecided voters in Pennsylvania: Even Democrats thought highly of him.

“Ed Rendell called Pat Toomey a man of ‘uncommon decency,’” a narrator in one of his ads said of the state’s former Democratic governor. “Tim Kaine praised Pat Toomey’s seriousness, intellect and civility.”

Now the two-term incumbent is among several bipartisan deal-making Republicans retiring from the Senate. They’re members of a moderate wing of the party that recently helped pass a compromise on gun safety legislation while their potential GOP successors balked at such a proposal.

In many cases, facing their own fiercely competitive general election races, Republicans running this year are largely foregoing appeals to the center, instead doubling down on conservative positions — from opposing popular bipartisan reforms to celebrating the rollback of abortion rights. 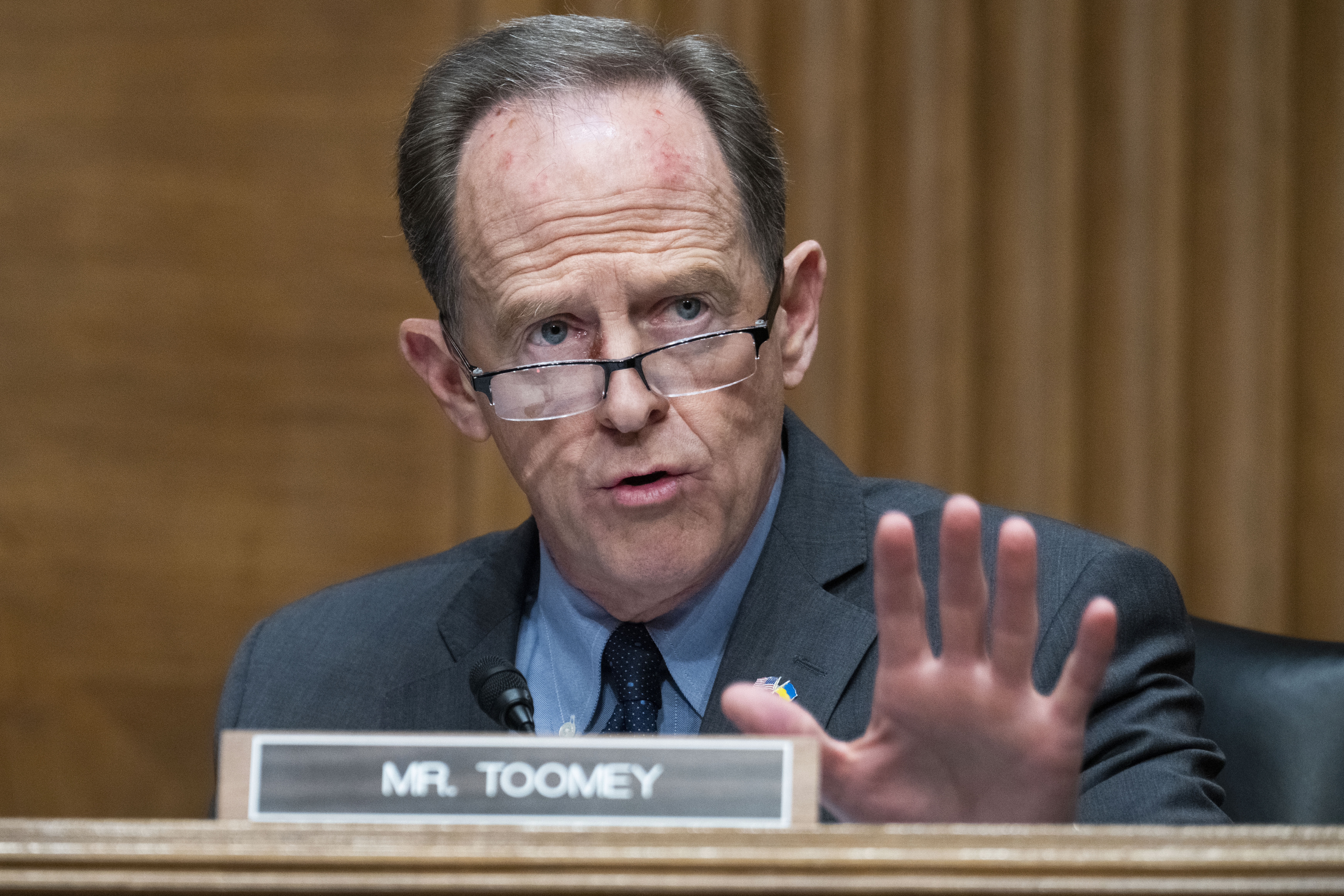 The stark difference in rhetoric and policy positions between those outgoing senators and the Republicans back home running for their seats also illustrates the deeply polarizing approach being taken by a new crop of GOP candidates. It’s a reflection of both the Trumpification of the party and a calculation that they can still win because the environment is so bad for Democrats this year.

And it shows their apparent belief that the electorate now prefers fighters, not peacemakers.

“Voters are interested in candidates who aren’t interested in being members of the go-along, get-along party,” said Gregg Keller, a Republican consultant based in Missouri. “I think the bases of both parties right now have a huge amount of justifiable skepticism about Washington, D.C. dealmaking and how that has a lot to do with the situation in which we find ourselves today.”

Mehmet Oz, the celebrity doctor and television host who won Pennsylvania’s Republican Senate primary last month, has done a 180 from his past support of gun reform proposals like red flag laws – now vowing to “fight against federal gun control schemes.”

Retiring Sen. Rob Portman (R-Ohio) was one of the leading architects of an infrastructure bill that passed in November with some Republican support. Yet all but one of the GOP candidates in the Senate primary to succeed him bashed the plan. J.D. Vance, who won that race, at the time called the bill “a total disaster for our country.”

It was the same story in North Carolina. Retiring GOP Sen. Richard Burr also backed the gun bill and infrastructure package. But Rep. Ted Budd (R-N.C.), the nominee to succeed him, opposed both measures in the House and called the infrastructure plan “a liberal trojan horse for a socialist agenda.”

Jonathan Felts, a Republican strategist in North Carolina working as an adviser on Budd’s campaign, suggested that voters are less interested than in the past in which reforms a candidate promises to pass in Washington. Many want to know which madness emanating from the other party their senator or congressman will stop.

“The reason you don’t hear about that on the campaign trail,” Felts said of pledges to put their heads down and get work done, “is because both sides want fighters. That’s true for Democrats, that’s true for Republicans.

“They want people who are going to stop the bad stuff as much as pass new legislation.”

The Republicans candidates lining up to replace Sen. Roy Blunt (R-Mo.), who likewise backed both bills, couldn’t sound more different than the incumbent senator, who has long been willing to work across the aisle.

The frontrunner in the Republican Senate primary, former Gov. Eric Greitens, called the firearms legislation a “gun confiscation bill” and derided Republicans who supported it as “weak RINOs who cave to liberals every time.”

The state’s attorney general Eric Schmitt, another top contender for the nomination, also said he would have voted against the bill, as did Rep. Vicky Hartzler, who declared that any Republican who is “tempted to even talk about gun control with Democrats should stand down immediately.” 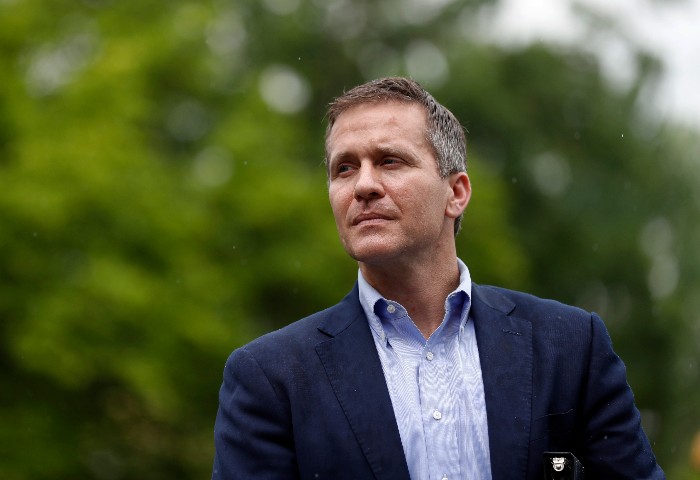 The Missouri candidates’ positions aren’t particularly surprising, given they’re competing in an Aug. 2 primary for a seat in a safely red state. Oz and Budd’s decisions to remain firmly to the right are riskier in their closely divided states.

In other top battlegrounds of 2022 where Republican candidates are up against Democratic incumbents — Nevada, Georgia, Arizona and New Hampshire — the GOP contenders are also orienting their positions to a right-wing audience.

Adam Laxalt, the Republican Senate nominee in Nevada and the state’s former attorney general, has expressed opposition to both measures, as has Herschel Walker in Georgia.

Fenton and the three other candidates at the debate said they would have voted no on the bipartisan gun bill.

“You care about going down there and being a dealmaker,” Fenton said to Morse, intending his remarks to be the ultimate insult. Morse did criticize the infrastructure bill in a radio interview shortly after announcing his run in January.

Several of the GOP standard-bearers have also embraced Trump’s lies about the 2020 election being rigged against him — a position that could repel some undecided voters in the general.

By contrast, Democrats in many swing-state Senate races this year are trying to appeal to a wider swath of voters — in some instances spending money on ads to distance themselves from their party. In part it’s an acknowledgment of closely divided electorates in their states. But it’s driven by necessity: President Joe Biden’s approval ratings remain in the tank, inflation is rampant and the party is poised for a beating at the polls.

In North Carolina, Democratic nominee Cheri Beasley on Thursday launched her second ad in recent months in which she described herself as someone committed to bipartisan solutions and willing to buck her own party. Sen. Maggie Hassan (D-N.H.) and Sen. Mark Kelly (D-Ariz.) have taken similar approaches, both releasing ads saying they were willing to take on their own party to fight rising consumer costs.

States like Arizona and New Hampshire, where the Republican nominees will be decided in August and September primaries, respectively, don’t allow candidates much of an opportunity to ease away from a hyper-partisan message before the November election. While it’s common for candidates competing in a primary to take extreme positions on issues, said Chuck Coughlin, a Republican strategist in Arizona, failing to shift afterward could cost them.

“You don’t have much time to be able to change your narrative,” Coughlin said. “That’s going to hurt some of these candidates who are so adherent to this right-wing philosophy or this populist philosophy — ‘I’m not going to brook any compromise.’ That’s not going to be helpful to a candidate in the general. Not out here.”