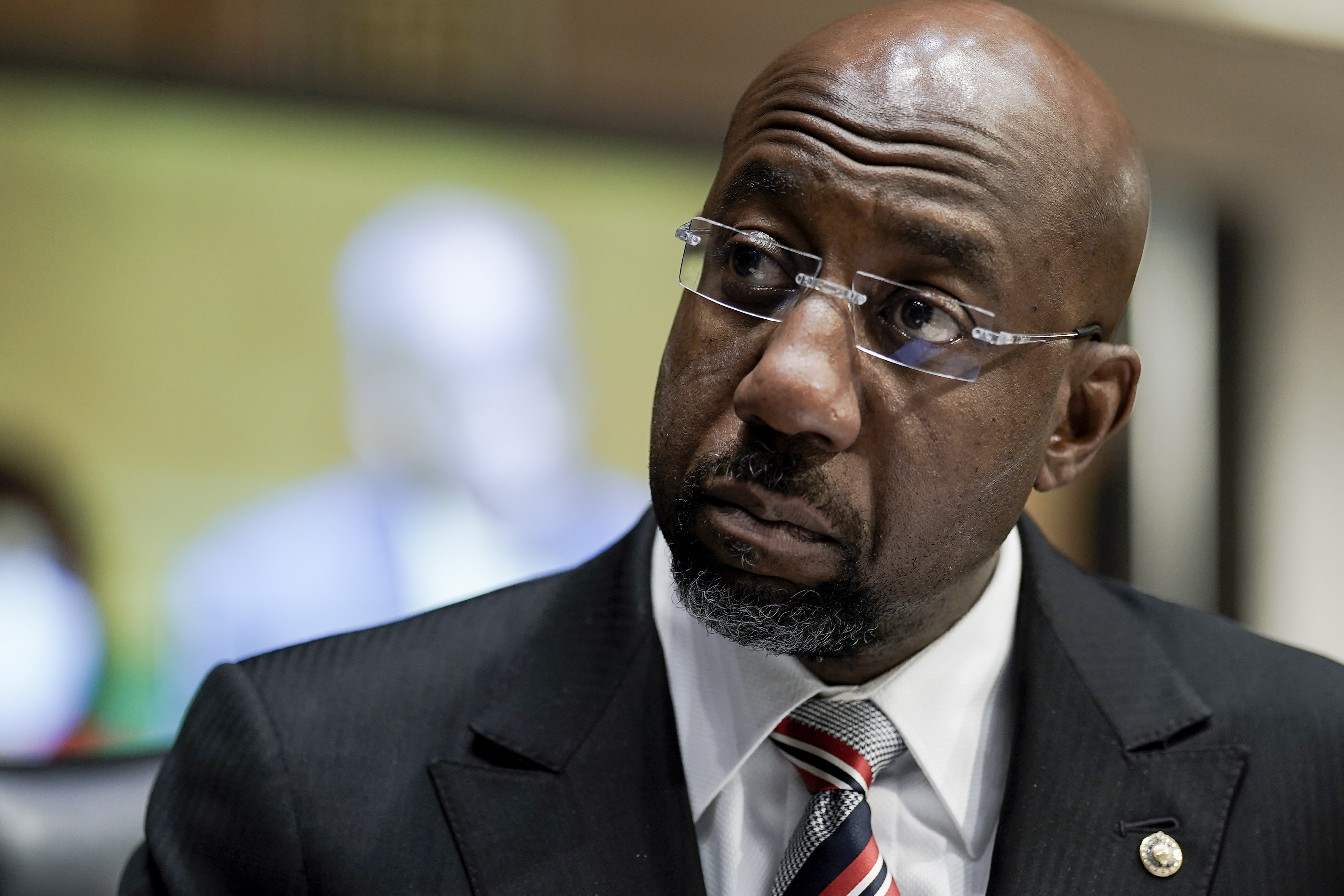 Sen. Raphael Warnock (D-Ga.) used campaign money to cover legal expenses for a lawsuit relating to his time as a church minister — transactions that raise questions about whether the spending runs afoul of federal rules governing personal use of campaign funds.

The case, first filed in 2019 by Atlanta resident Melvin Robertson, involved baffling and seemingly baseless allegations against Warnock that date back to 2005 when he was a pastor. It was dismissed by a federal district court judge in Georgia without any of the defendants being served.

But Robertson refiled a similar lawsuit in April 2021, outlining the same allegations against Warnock while also suing Ebenezer Baptist Church, where he has long served as senior pastor, and other public figures.

This time, Warnock was serving in the Senate. And he enlisted his campaign attorneys from Elias Law Group to represent him in the case, along with an Atlanta firm, Krevolin & Horst, which assisted ELG.

The issue for Warnock is whether this was a proper use of campaign funds.

Federal Election Commission guidance states that campaign money can be used on “litigation expenses where the candidate/officeholder was the defendant and the litigation arose directly from campaign activity or the candidate’s status as a candidate.”

The questions surrounding Warnock’s actions in the case come as he’s facing off against Republican Herschel Walker in one of the most competitive and consequential Senate races this fall. Walker is facing multiple FEC complaints from Democrats that allege he illegally spent campaign money to prepare for his Senate announcement, and that he and Rep. Marjorie Taylor Greene’s (R-Ga.) campaigns coordinated without proper disclosures. He’s called both complaints frivolous.

Now, Warnock has his own campaign finance controversy to navigate. Experts in federal campaign finance law point to the FEC’s so-called “irrespective test” — or, in the words of Caleb Burns, a Wiley Rein attorney specializing in election law, “expenses that would exist irrespective of a candidate’s status as a candidate or officeholder.” 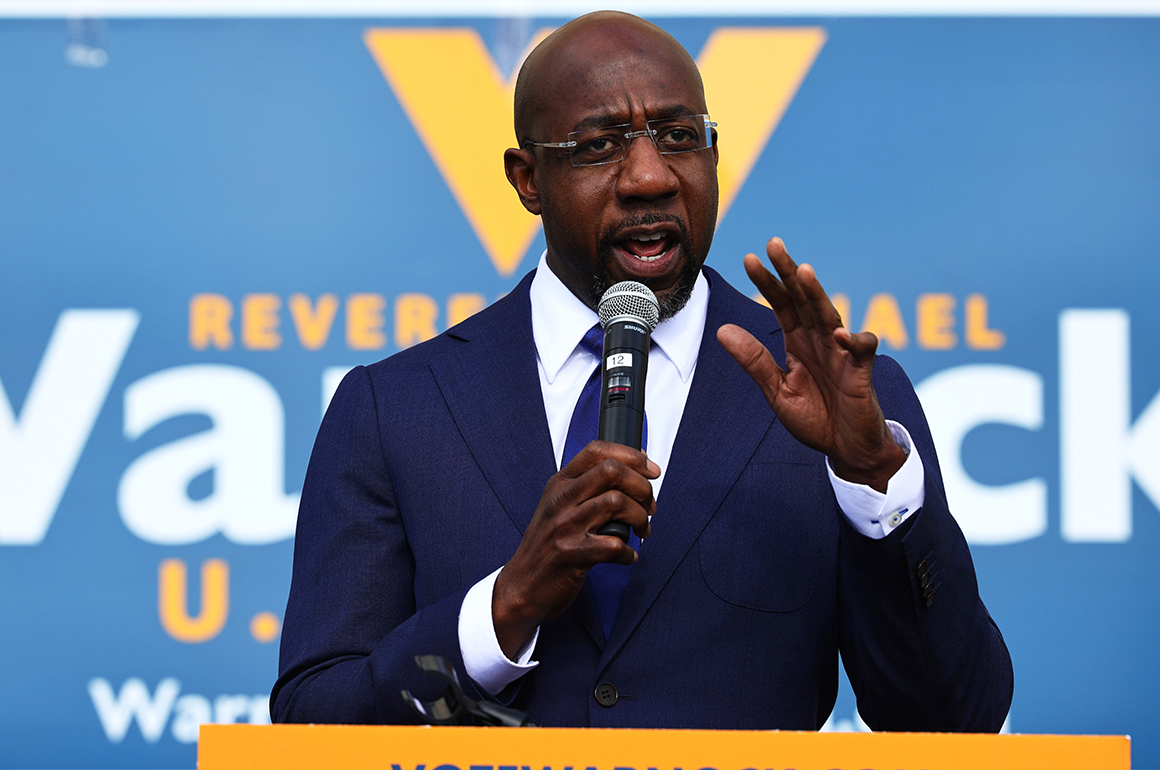 “The rationale for this prohibition is to honor the campaign contributors’ intent that their contributions be used for political purposes and not, for example, to relieve the candidate of a personal obligation,” Burns said.

Warnock’s campaign maintains that the use of campaign funds was permissible because the second lawsuit, despite making the same allegations as in 2019, was filed while Warnock was in office. They noted that the process service took place at Warnock’s Senate office in Atlanta.

Warnock’s unique situation presents a gray area, because the allegations dating back 17 years do not involve him being a member of Congress or a candidate for office. His campaign argues, however, that Robertson’s invocation of the First, Fourth and 14th amendments made Warnock’s 2021 status as a federal office holder relevant.

“This frivolous lawsuit against Senator Reverend Warnock and other public officials was served at his official office and is based on laws that only apply to him because of his status as a sitting office holder,” said Marc Elias, a prominent Democratic election law attorney who represents Warnock’s campaign, in a statement to POLITICO. “It’s completely legal and appropriate to have used campaign funds on this legal matter, as many federal office holders have done before. Any suggestion otherwise is completely false.”

However, the examples cited by Warnock’s campaign of instances where the FEC ruled that it was permissible for officeholders to use campaign funds on legal expenses all pertained to events that took place while the person was a member of Congress. For example, the campaign pointed to former Speaker John Boehner (R-Ohio) paying for litigation related to the secret taping of a House Republican Conference call in 1996.

And when Warnock’s attorneys last year were seeking to have the lawsuit dismissed, they specifically noted that Robertson’s claims against Warnock “relate to actions purportedly taken in 2005 and 2008, when he was not a federal employee.”

Yet they now argue that, because the suit was filed while Warnock was in the Senate, it was appropriate to use his campaign money to cover his defense.

The Robertson lawsuit likely amounts to a small fraction of the work Elias Law Group has done for Warnock’s campaign. The campaign has paid Elias Law Group $66,000 since October, according to FEC disclosures. Before that, Warnock for Georgia paid Perkins Coie, the firm from which Mark Elias and other attorneys split, $210,000 between July 2020 and December 2021.

No one regards the lawsuit as substantive. Among other things, Robertson accuses Warnock of somehow conspiring with the city of Atlanta to entrap him and participating in schemes involving a business where Robertson once worked. He also complains about his personal belongings being lost in a storage locker and about his discomfort while attending one of Warnock’s church services long ago.

But the merit of the lawsuit is separate from how Warnock paid to defend himself against it.

Charlie Spies, a Republican attorney specializing in political law, said the bottom line is whether Warnock would have incurred the expense as a private citizen. And in this case, Spies said, the answer is yes.

“If Warnock is using campaign money to pay for a lawsuit that predates his running for office, then by definition it existed irrespective of his candidacy and would be impermissible to use campaign funds on,” said Spies, who previously served as counsel to Mitt Romney’s 2008 presidential campaign and to the Republican National Committee.

“Personal use” of campaign funds, Spies said, is “something the FEC is particularly focused on.”

“The seriousness of the violation will depend on whether the FEC considers it to be knowing and willful,” he said.

If the FEC determines it was a violation, but not willful, such a case would likely be resolved by the candidate paying a fraction of the amount that was illegally spent, according to Spies.

“I don’t think his donors are giving,” Spies said, “for him to fund personal lawsuits.”