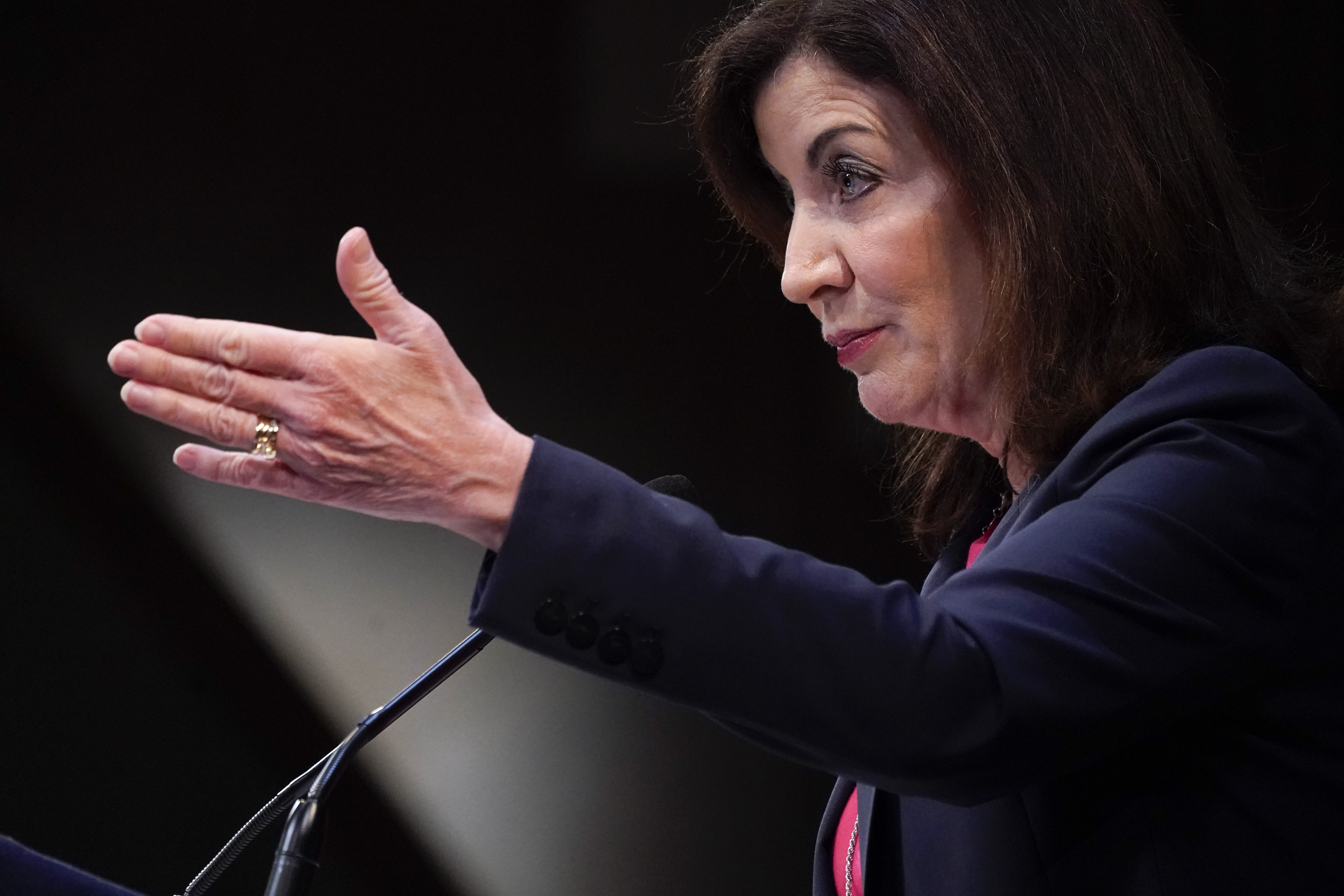 NEW YORK — Gov. Kathy Hochul called a Supreme Court ruling striking down a strict New York gun law “frightful in its scope” on Thursday, as she warned the justices’ decision will “place millions of New Yorkers in harm’s way.”

Hochul vowed to quickly call state lawmakers back into session to pass new legislation in response to the decision, which reverses a law that places certain limits on who can carry firearms in public.

“This decision isn’t just reckless. It’s reprehensible. It’s not what New Yorkers want,” Hochul said at a press conference in her Manhattan office shortly after the decision was handed down. “We do not need people entering our subways, our restaurants, our movie theaters with concealed weapons.”

Hochul said she is meeting with legislative leaders Thursday evening to pick dates for a special session, where the state will define “sensitive locations” where concealed carry can be banned. The session is expected to take place sometime in July, she said.

When asked about the sensitive locations she said they would be “common sense.” City subways could be included, she said.

New York’s law requires that people seeking a license to carry a handgun outside the home show proper cause for why they need to do so, and gives local officials broad discretion to deny permits. The high court ruled the “proper cause” condition violates the Second Amendment.

“If the federal government will not have sweeping laws to protect us, then our states and our governors have a moral responsibility to do what we can and have laws that protect our citizens,” Hochul said, condemning the “insanity of the gun culture that has now possessed everyone, all the way up even to the Supreme Court.”

New York City will also overhaul its list of sensitive locations — such as schools — where it currently has the authority to ban guns, said Mayor Eric Adams.

“Put simply, this Supreme Court ruling will put New Yorkers at further risk of gun violence. We have been preparing for this decision and will continue to do everything possible to work with our federal, state, and local partners to protect our city,” he said in a statement. “We cannot allow New York to become the Wild West.”