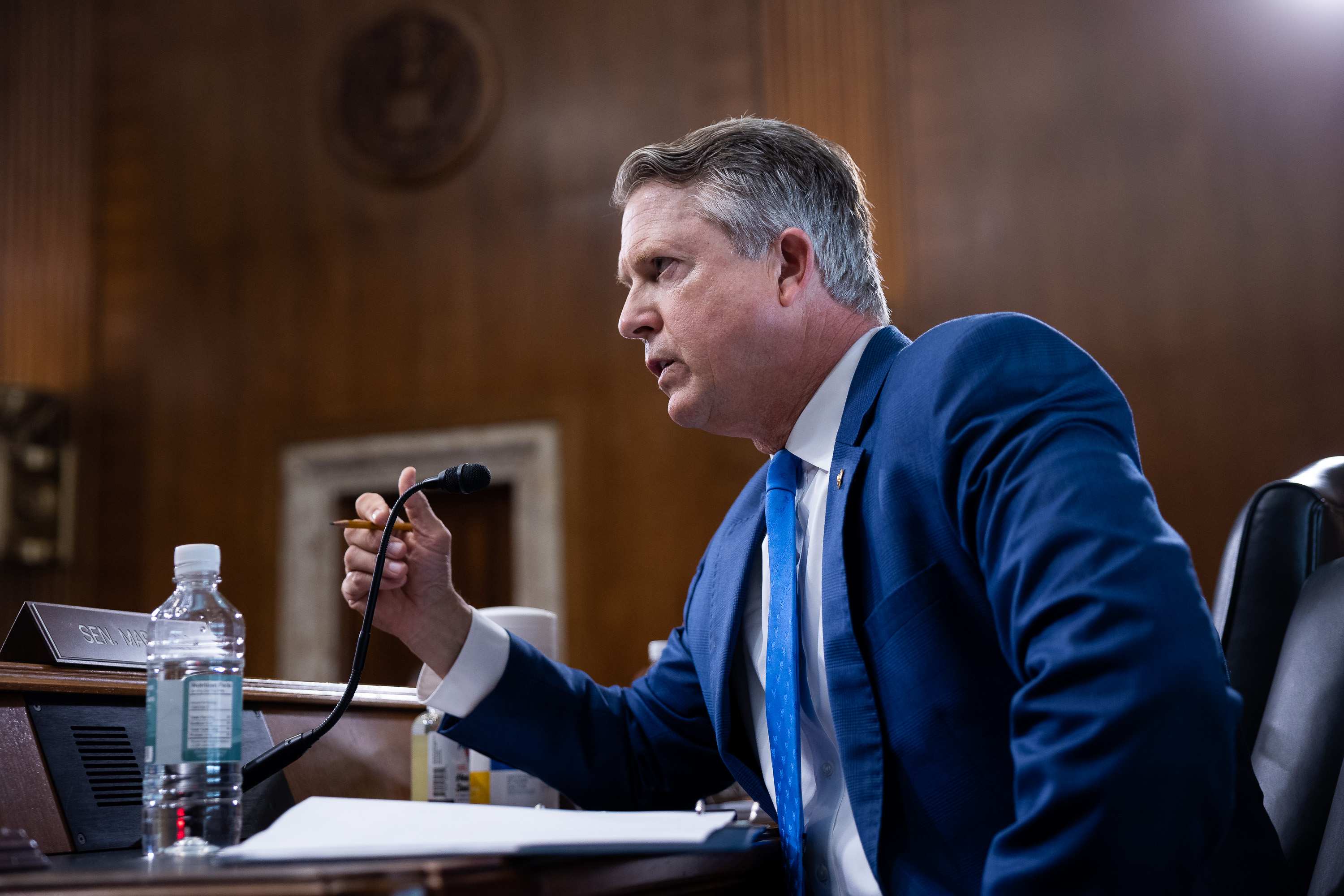 A Republican senator is thinking about blowing up a bipartisan deal to extend school meals funding because of a Biden administration policy banning discrimination against LGBTQ students who participate in lunch programs that receive the money.

Democratic leaders are rushing to pass the legislation and get it to President Joe Biden’s desk before current funding runs out June 30, triggering a hunger cliff for millions of children. Senate Republican leaders, who blocked previous attempts at a year-long extension of the funds, haven’t made any threats to tank the bill this time around, according to three people involved in the talks. But any one senator can object and block the expedited effort, requiring a recorded floor vote and eating up precious time.

After the $3 billion deal to extend the pandemic-era program was unveiled Tuesday, Sen. Roger Marshall (R-Kan.) said in an interview he is “contemplating” objecting to the measure because of new guidance from the Agriculture Department banning LGBTQ discrimination in any program that receives federal nutrition money, which includes most school lunch programs.

Marshall was among a handful of Senate Republicans who sent a letter to the Government Accountability Office last week objecting to the USDA nutrition guidance, which has also prompted a backlash from conservative media and key national Republicans. Likely 2024 presidential contender and Florida Gov. Ron DeSantis argued the Biden administration was “trying to deny school lunch programs for states that don’t do transgender ideology in the schools.”

Republicans are particularly concerned with language in the USDA guidance that says programs that receive federal nutrition money need to state their policies for combating anti-LGBTQ discrimination.

Marshall said in the interview he had not decided about whether to go through with the objection. But he claimed the administration was trying “to use the school lunch issue to gain leverage over [schools’ broader LGBTQ policies].”

“I’m just afraid that schools in Kansas won’t have school lunches because of this administration’s radical view on transgender issues,” Marshall said. “And I’m afraid that they’re going to raid the school lunch program over that issue.”

The USDA guidance, however, is only aimed at programs that receive federal nutrition money, not other aspects of school policy that may affect LGBTQ students. A USDA official emphasized that the administration wouldn’t pull funding from a school lunch program just because the state has restrictive laws around sports or bathroom access for transgender kids, nor because a school lacks an LGBTQ policy. Rather, individuals could only file complaints if they’ve been discriminated against by the specific school lunch program based on gender identity — for example, if they were denied food because they were transgender.

A handful of other Republican senators also have yet to sign off on holds over allowing the school meals funding deal to be the expedited measure, according to three Republican Senate aides, though not over the LGBTQ guidance. That list includes Sens. Mike Braun of Indiana and Rand Paul of Kentucky. Paul frequently holds up efforts to expedite funding bills.

A spokesperson for Paul said his office is still reviewing the bill, but wouldn’t say if he ultimately plans to object. Braun wanted to make sure he had time to read the bill but likely doesn’t have any major issues with the text, according to his spokesperson.

The top Republican shepherding the school meals funding, Sen. John Boozman of Arkansas, said he hadn’t talked with any Republican who was committed to objecting to the measure, but said he would look into Marshall’s concerns. Asked if he was angling for something from the administration in return for allowing the measure to pass, Marshall replied: “No. I don’t have any deal cooking.”

“I don’t know if we’ll have any objections or not,” Boozman said in an interview. “But I think that whatever it is, it’s things that we can work through and just explain what we’re trying to do.”

Anti-hunger advocates say the school meal funding held off the worst of the expected rise in childhood food insecurity during the Covid-19 pandemic. And they warn that the loss of the funding beginning in July would abruptly increase hunger for millions of children.