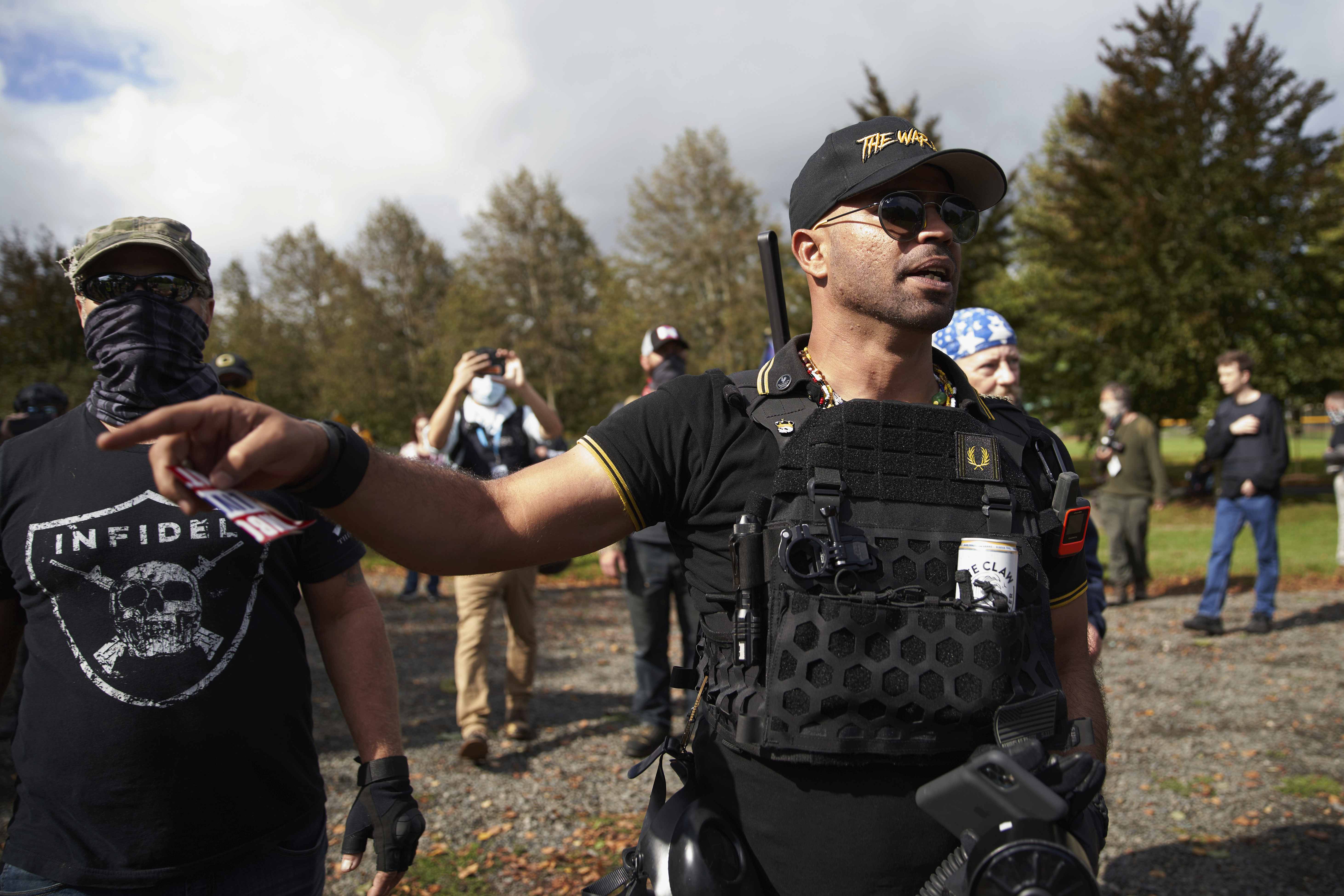 The trial for five Proud Boys leaders — facing seditious conspiracy charges related to the Jan. 6, 2021, attack on the Capitol — will be postponed until at least December, a federal judge ruled Wednesday, citing the ongoing publicity and uncertainty surrounding the Jan. 6 select committee.

Judge Tim Kelly, with the backing of several of the Proud Boys defendants and the Justice Department, said he would “reluctantly” set Dec. 12 as the new date to begin selecting a jury for the trial, which prosecutors anticipate lasting four to six weeks. But Kelly also floated the prospect of an additional delay, should the parties agree to wait until after the holidays.

The ruling, which Kelly said he would expand upon in a forthcoming order, ensures that one of the two highest-profile prosecutions arising from the Jan. 6 attack will drag beyond the two-year anniversary of the insurrection. Prosecutors say the Proud Boys played a central role in the attack, mobilizing members of the pro-Donald Trump crowd to converge on key access points that helped overwhelm law enforcement and facilitate the breach of the building.

The decision also highlights the tension between the Justice Department and the Jan. 6 select committee, which is simultaneously gathering evidence about the Proud Boys’ role in the attack, as well as its connections to figures in Trump’s orbit. The panel already featured several Proud Boys defendants by name in its ongoing set of public hearings, including national chairman Enrique Tarrio, Florida Proud Boy Joseph Biggs and New York Proud Boy Dominic Pezzola.

Rep. Jamie Raskin (D-Md.) is also planning to lead a subsequent hearing, slated for July, that will focus on the nexus between Trump-world and domestic extremism, including the Proud Boys. The Justice Department has noted that the hearing could create additional pretrial publicity for the Proud Boys.

The department has urged the select committee in recent weeks to share all 1,000 of its witness transcripts with prosecutors, but the panel has so far declined, preferring to retain exclusive control of the evidence it has gathered. Prosecutors complained that the committee’s reluctance has hampered their ability to advance the Proud Boys prosecution, and they’ve agreed that the possibility of additional evidence becoming public created potential “prejudice” that warranted a delay in the trial.

Rep. Bennie Thompson (D-Miss.), chair of the Jan. 6 select committee, said he anticipated beginning to share some of its evidence with the Justice Department in July but not before the committee completed its slate of public hearings. He emphasized, though, that it would not be a “shared transcript” and that the committee would not let the department keep the material, only review it.

“I think we can work that out,” he said.

Thompson’s proposal may present an additional challenge for the Justice Department. Kelly has ordered the department to immediately share any new evidence it receives from the committee with defendants in order to fulfill evidence-sharing and discovery obligations. But if the Justice Department is permitted to view the evidence only in committee spaces, it’s unclear how the department would share it with Proud Boys’ attorneys.

Tarrio is the only seditious conspiracy defendant who opposed delaying the trial, contending that it would be impossible for him to receive a fair trial with an impartial jury in Washington, D.C., whether it’s in August or December.

Kelly rejected a suggestion by the Justice Department to begin jury selection in mid-December but hold off on opening statements until early January. Despite concerns from several of the defendants about the challenge of picking an impartial jury, Kelly said it was not “rocket science” and that he did not want to delay the beginning of the trial once a jury was impaneled.

“I think we have an obligation once we impanel the jury to really go forward without a break,” Kelly said.

Rather, he said, if the Justice Department and the Proud Boys agree, he would consider delaying jury selection until January, to avoid any holiday-related disruptions.

Asked about the trial delay, Raskin said he was interested in reading Kelly’s rationale. He declined to say whether he viewed the Justice Department’s interest in the committee’s evidence as a legitimate reason to delay the trial.

The panel has already interviewed Tarrio, who sat for a deposition in February. It’s unclear whether any other members of the Proud Boys have sat for interviews, including those facing seditious conspiracy or other felony charges for their roles in the Jan. 6 attack. Dozens of members of the group, along with allies who were not official members, have been charged for participating in the Jan. 6 riot, and many of them have pleaded guilty.