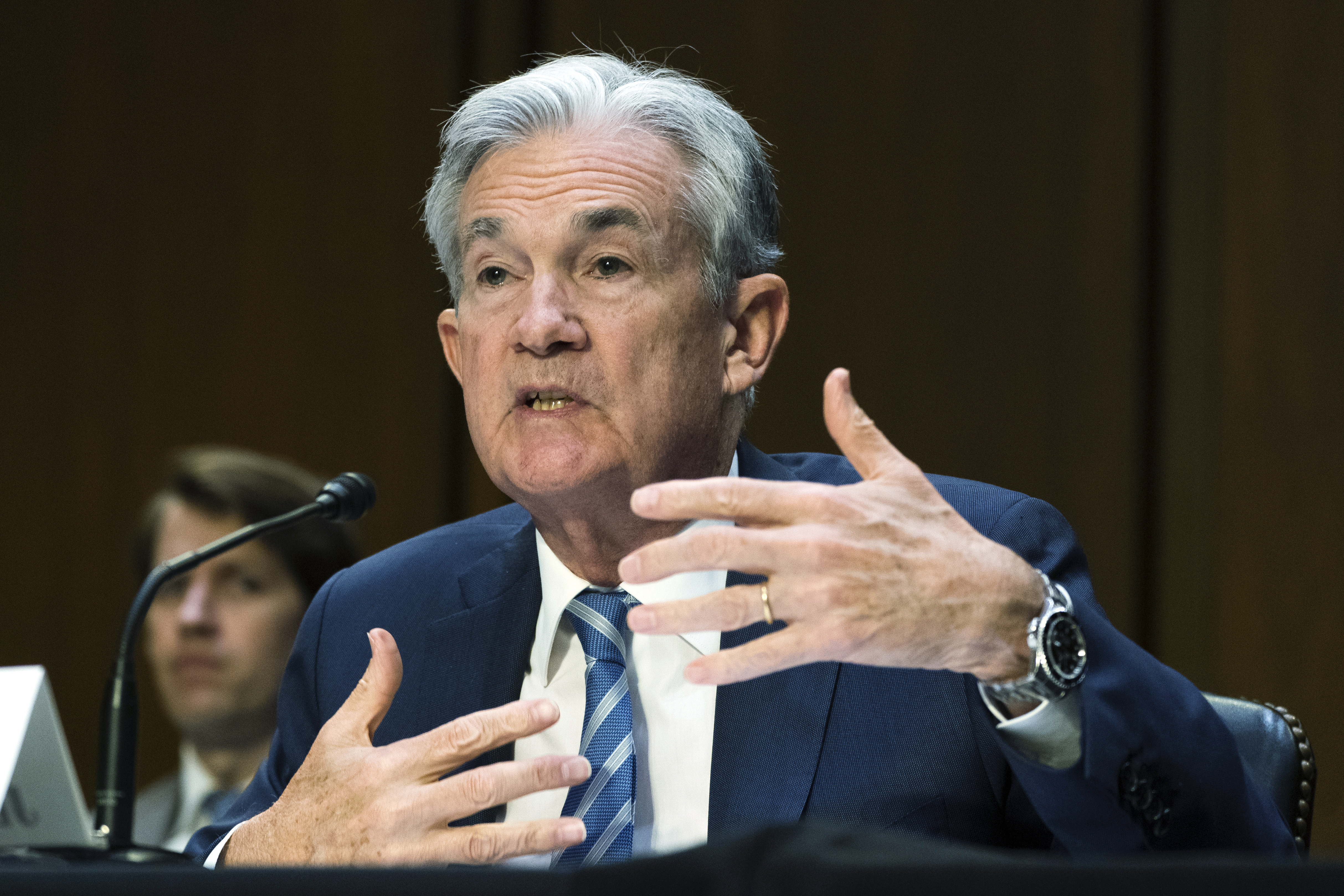 Federal Reserve Chair Jerome Powell vowed to do whatever it takes to tackle inflation but admitted he can’t control some cost spikes, including the most politically sensitive one — prices at the pump.

Powell told the Senate Banking Committee on Wednesday he doesn’t expect gas or grocery prices to go down as a result of the Fed’s campaign of rate hikes, which are designed to dampen spending but can’t help fix insufficient supply.

“There’s really not anything that we can do about oil prices,” he said. “They’re set at the global level.”

Fuel prices have soared since Russia’s invasion of Ukraine, adding to inflation woes that could lead to significant electoral losses for Democrats this year. In a bid to address Americans’ anxiety, President Joe Biden called for a three-month pause on the federal gasoline tax, though it stands almost no chance of passage in Congress.

Powell said inflation wouldn’t be this high without strong demand for goods and services by American consumers, but he also stressed that global supply chains are still experiencing strains, which the Fed doesn’t have the tools to address. And surging food prices “would certainly be much lower” if not for the war in Ukraine, he said.

Here are some other takeaways from Powell’s testimony:

The risk of overdoing it

Powell appeared before the committee a week after the Fed pulled the trigger on a three-quarter percentage point rate hike — the largest single-meeting increase in nearly 30 years.

Democrats on the panel expressed worry that the Fed was engaging in aggressive rate hikes to fight inflation that they say is predominantly caused by supply chain problems and the war. They fear it might hurt the economy without helping much on prices.

“Rate increases make it more likely that companies will fire people and slash hours to shrink wage costs,” Sen. Elizabeth Warren (D-Mass.) said. “Rate increases also make it more expensive for families to do things like borrow money to buy a house. Inflation is like an illness, and medicine needs to be tailored to the specific problem, otherwise you could make things a lot worse. And right now, the Fed has no control over the main driver of rising prices.”

Powell and other Fed officials have acknowledged that while some factors affecting inflation are outside their control, they believe there’s still plenty of room to slow purchases for goods and services — and by extension, demand for workers — to a more sustainable pace.

“It’s clearly both factors are principally at work here,” the Fed chief said. “You couldn’t get this kind of high inflation without strong demand, and you certainly couldn’t get it without the kind of supply issues we’ve had, both in the labor market reflected in high wages and in the goods market.”

Late to the party

Republicans chided Powell for not raising borrowing costs until earlier this year, with some arguing that the central bank needs to go much further.

“Though I am pleased you have begun taking the drastic action necessary to right the U.S. economy, these actions are long overdue and monetary policy remains too loose,” said Sen. Thom Tillis (R-N.C.), pointing to the 8.6 percent increase in prices over the past year.

“The Fed has largely boxed itself into a menu of purely reactive policy measures,” he said. “Unless the Fed works quickly to move away from their discretion-based monetary policy approach that has remained consistently well behind the curve, I am concerned the Fed will lose its credibility to effectively manage the national economic situation.”

Is the labor market too hot?

The unemployment rate is sitting near modern lows at 3.6 percent, and there are more job openings than available workers, a state that led Powell to refer to the labor market as “unsustainably hot.” Fewer people are participating in the workforce than before the pandemic, which has exacerbated labor shortages.

“We want people to get strong wage increases, but at a certain point, wages become high enough that companies start raising prices, and you end up getting high inflation,” he said. “It’s really not about reducing wages. It’s about having a more sustainable pace of increases.”

Inflation has been growing faster than average wages, meaning that most workers are actually ending up with less money despite getting raises.

Powell has said that pay raises for Americans are not yet a driving force behind inflation, but the Fed fears a scenario where incomes are being driven higher by inflation, rather than by greater productivity, which can then lead to an unhealthy feedback loop where prices and wages keep pushing each other up.

The risk is that “we would allow this high inflation to get entrenched in our economy,” he said. “We know from history that that will hurt the people we like to help, the people in the lower-income spectrum who suffer now from high inflation. That would hurt them more than anyone. So we can’t fail on that task. We have to get back to 2 percent inflation so that we can have the kind of labor market that we really want.”

The housing market is highly sensitive to interest rate increases, and Powell said he expected the Fed’s moves to be clearly felt by those looking to buy and sell real estate. As mortgage rates have surged to nearly 6 percent, demand for homes has begun to slow, he said.

“That should have an effect on housing prices, perhaps even fairly quickly, so that prices won’t necessarily come down, but price increases will flatten out,” he said.

For the Fed’s purposes, this will mean that its policies are working as intended, but he acknowledged that it could also slow housing construction in a market that has long been lacking enough supply. That could pose broader affordability problems that the central bank isn’t equipped to address.

“It’s very possible where we’ll be in a position where there isn’t enough appropriate housing at the right price,” he said.

The economy moves in mysterious ways

Powell underscored that while the Fed expects to keep raising rates, how quickly and how high it does so depends on how economic data unfolds.

“Making appropriate monetary policy in this uncertain environment requires a recognition that the economy often evolves in unexpected ways,” Powell said. “Inflation has obviously surprised to the upside over the past year, and further surprises could be in store. We therefore will need to be nimble in responding to incoming data and the evolving outlook. And we will strive to avoid adding uncertainty in what is already an extraordinarily challenging and uncertain time.”

Kate Davidson contributed to this report.