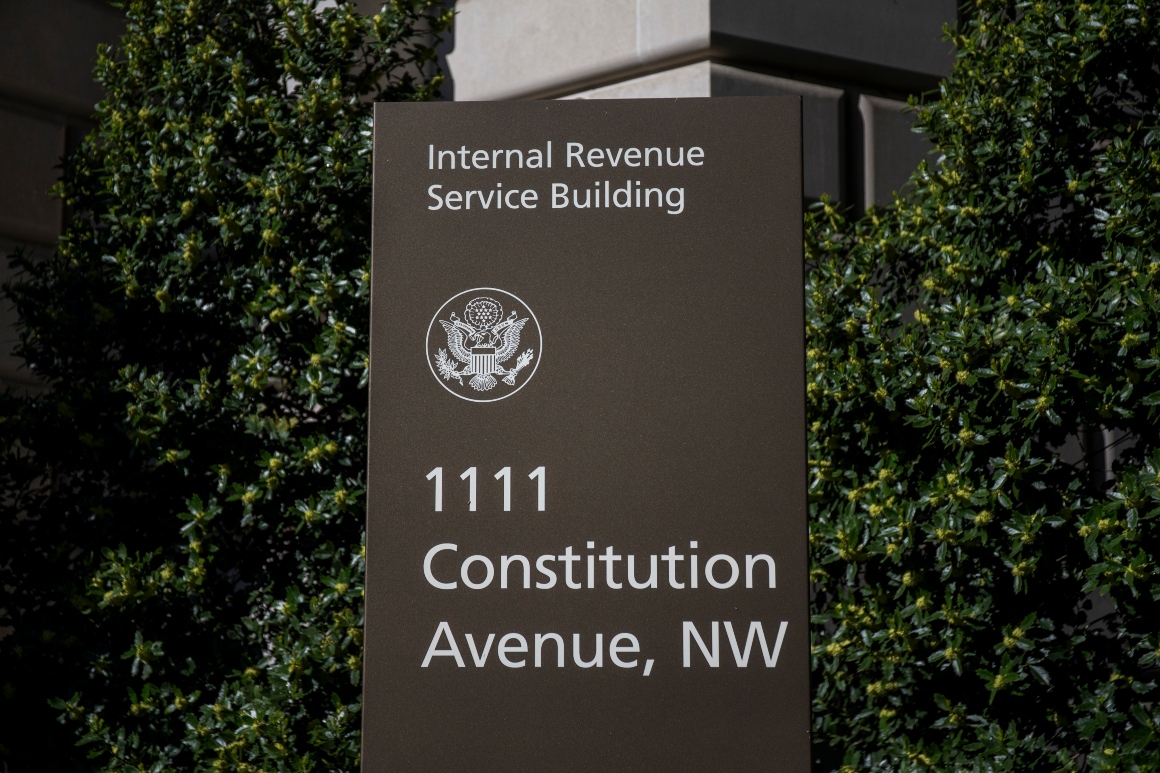 The IRS has made little progress in taming a backlog of millions of unprocessed tax returns despite a concerted effort by the agency, a government watchdog said Wednesday.

Though the agency has said that digging out of the mountain of filings is a top priority, the number of returns awaiting action has actually increased by 6.5 percent, National Taxpayer Advocate Erin Collins said in a report to Congress.

By the end of May, there were 21.3 million unprocessed returns, about 1.3 million more than at the same time last year.

Nearly 9 million individual Americans are waiting for refunds along with an indeterminate number of businesses, some of which are still trying to claim pandemic-related payments authorized by Congress more than two years ago.

“That the backlog continues to grow is deeply concerning,” said Collins. “Millions of Americans have been waiting six months or more to receive their refunds.”

The report contradicts the Biden administration’s repeated claims that it is making significant progress in catching up on the filings.

Treasury announced on Tuesday that the IRS is poised to complete work this week on a subset of returns filed by individual taxpayers that don’t require special attention from the agency.

The total number of returns filed by individuals waiting to be turned around has grown over the past year by 19 percent to 10.5 million, according to the report. Business returns awaiting handling are up 21 percent to 7.4 percent.

Another 3.4 million returns have not yet been classified by the IRS as either business or individual returns. That’s down from 5.1 million uncategorized returns this time last year.

For most taxpayers, who file electronically, the filing process has gone smoothly, with more than 85 percent having no problem, Collins said.

“The IRS’s leadership and its employees deserve credit for successfully processing such a high percentage of returns despite an extraordinarily complicated tax code, notoriously antiquated technology” as well as “inadequate staffing, lingering challenges resulting from the COVID-19 pandemic,” she said. Collins also cited “significant changes in law the IRS was required to implicate on short notice” such as the creation of a monthly child tax credit payment program.

The problem comes with people who file on paper.

Though the IRS has pushed for years to get people to file online, last year 17 million taxpayers — about 11 percent — delivered their returns the old-fashioned way. Businesses filed another 21 million returns on paper.

The department has trouble processing those, Collins said, because individual employees must enter by hand the details of individual returns into IRS computers.

“The digits on every paper return must be manually keystroked into IRS systems by an employee,” Collins said. “In the year 2022, that doesn’t just seem crazy. It is crazy.”

She criticized the agency for not using money provided by Congress to better streamline processing. The agency should invest in scanning technology, like that used by some states, to speed up processing, Collins said.

“Had the IRS used some of the $1.5 billion of additional funds provided by the American Rescue Plan of 2021 (ARPA), which was enacted 15 months ago, to hire and train additional employees, it could have worked through the backlog,” the report said.

“This follows unprecedented actions taken by the agency, and these intensive efforts to help taxpayers will continue in the months ahead,” said Jodie Reynolds.

Reynolds said more recent return statistics, running through June 10, show the agency has reduced the backlog compared to last year, with 19.1 million filings in the queue — down from 19.8 million.

Those filing on paper are facing much longer wait times than before the coronavirus pandemic.

“Over the past year, refund delays on paper-filed returns have generally exceeded six months, with delays of ten months or more common for many taxpayers,” Collins said. “Before the pandemic, the IRS typically delivered refunds to paper filers within four to six weeks.”

The agency is trying to hire in places where paper returns are being transcribed, but Collins said that work is only done at three IRS offices: in Austin, Kansas City and Ogden, Utah.

“The IRS has difficulty hiring in those cities,” Collins said, adding that the agency has brought in fewer than half of the 5,473 employees it wants to hire.

She also expressed skepticism the department could make good on its promises to eliminate the backlog by the end of this year.

The agency would have to significantly pick up the pace, she said, though the rate of returns being processed recently declined.

Noting that the department has yet to receive many of the returns from taxpayers who requested filing extensions, Collins said: “It likely would have to process well over 500,000 Forms 1040 per week to eliminate the backlog this year.”

“The math is daunting.”