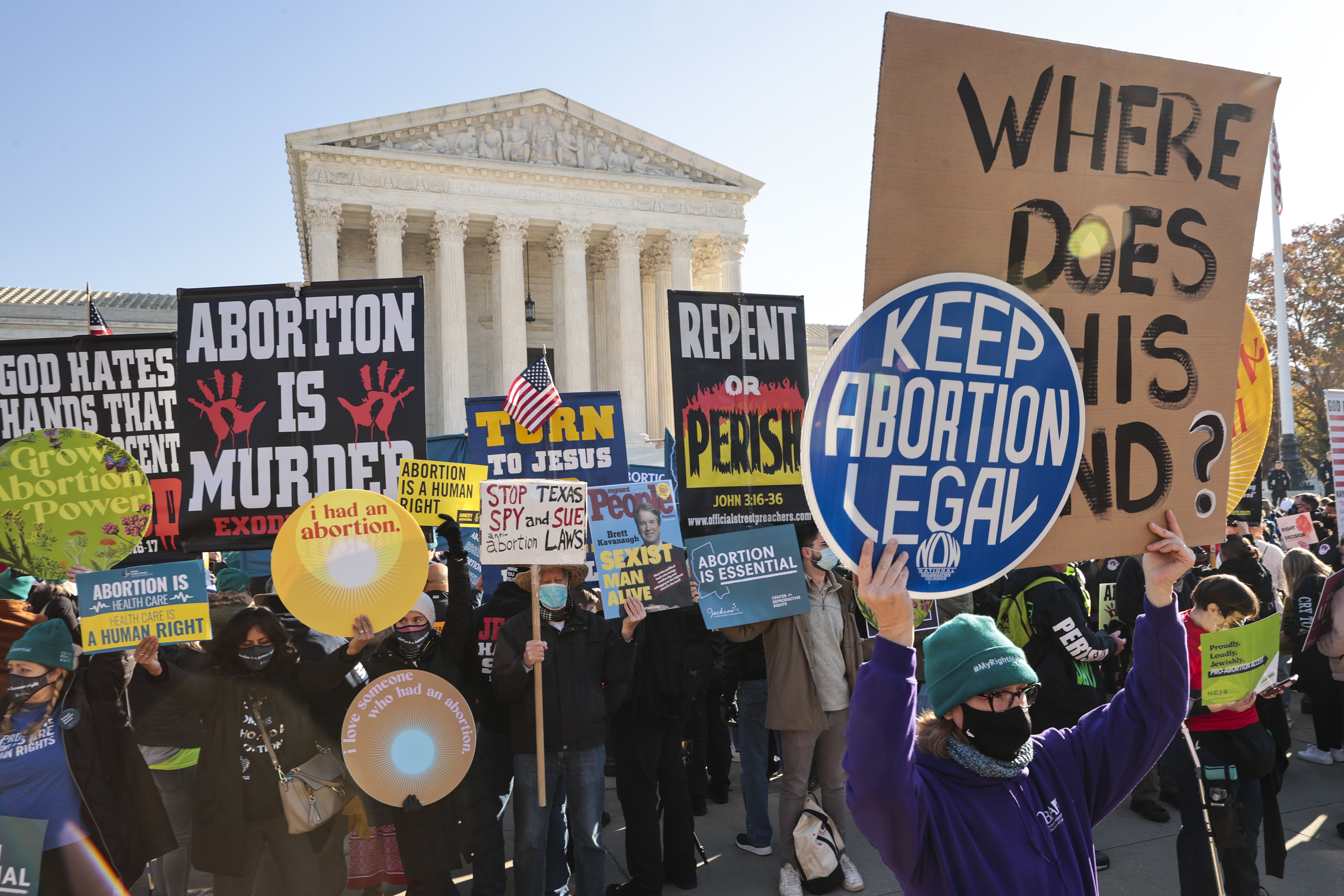 In every poll running in every targeted House district around the country, House Democrats’ campaign arm is testing how voters feel about the Supreme Court likely overturning Roe v. Wade.

The group’s strategists have drafted fundraising emails that will blast out to millions of supporters in the hours after the decision comes out. They’ve cut video clips of what GOP candidates say about abortion. They’re developing analytics models to find and target voters who back abortion rights.

The Democratic Congressional Campaign Committee’s preparations, previewed by a committee official, are a window into the Democratic Party’s broader efforts to capitalize — in the middle of a brutal-looking midterm election climate — on the Supreme Court’s likely reversal of Roe v. Wade, which would change a half-century of precedent and let states decide the legality of abortion.

Support for Roe is at an all-time high with voters, and the Democrats’ strategy is aimed at firing up a flagging Democratic base, while also trying to compete for some of the college-educated, female, suburban swing voters who backed them during the Trump era. The question, though, is how to make abortion a top issue for voters in November while facing a range of challenges, especially gas prices averaging $5 a gallon and inflation ticking up.

“We’re not going to be able to keep it in the national news, but we’re going to put a lot of money on paid advertising — on TV, on digital ads, on mail, on radio — and in key places across the country, and that’s how this issue will matter,” said Stephanie Schriock, former president of EMILY’s List, a Democratic pro-abortion-rights group. “And in some states, it will be in the news every day, because state legislatures are going to push this issue further and further to the right with outright bans.” 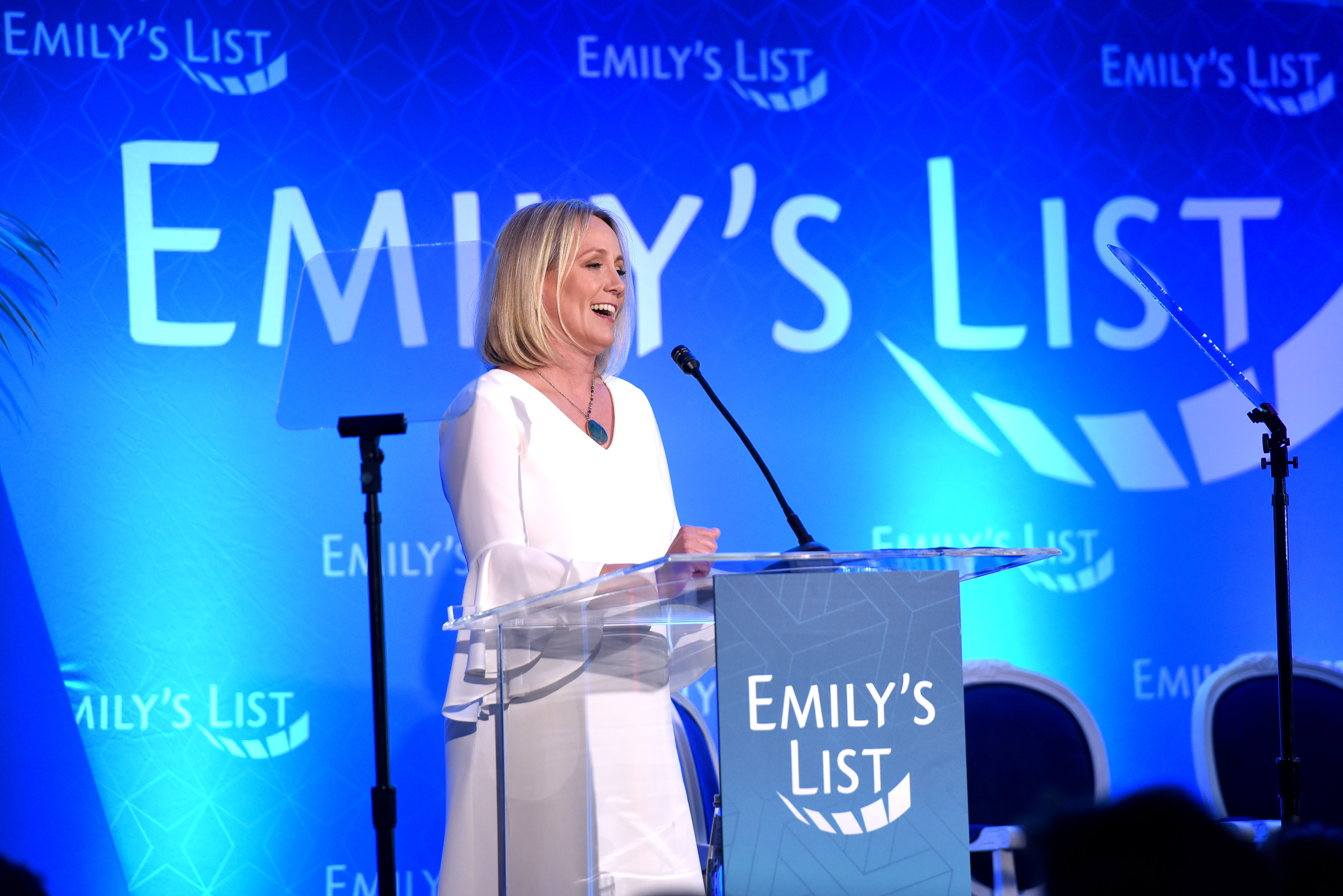 The DCCC is one of many entities on the left meticulously planning how to jump on the post-Roe moment, starting in the minutes after it happens.

The Democratic National Committee put together briefings and message trainings with state parties, surrogates and campaign staff on Roe, while the Democratic Governors’ Association will be launching the “Protect Reproductive Rights Fund,” which will direct cash and volunteers through the fund to states where abortion is poised to be banned altogether.

The DGA — charged with electing Democratic governors, who will be on the front lines on this issue — is already drafting language for fundraising emails, social media posts and texts and direct mail to voters.

American Bridge, a Democratic super PAC, had its full roster of paid influencers pivot all their conversations to Roe after POLITICO published a draft majority opinion overturning the precedent in May. And in the Senate, Democrats are drilling into candidates’ statements on abortion, particularly those who support banning it even in cases of rape and incest, a stance that former President Donald Trump hasn’t gone so far as to agree to.

As for spending, EMILY’s List, Planned Parenthood and NARAL, a trio of abortion rights groups, announced $150 million in spending on the 2022 midterms.

“We will be using every tool in the toolbox to tell this story,” said Heather Williams, executive director at the Democratic Legislative Campaign Committee. “We know that Roe is not the only issue [in the midterms], but Roe is a motivator … and we definitely see that voters who may be only presidential-year voters — that Roe falling certainly gives them additional motivation and urgency.”

Democrats’ efforts come as support for abortion rights hits an all-time high. Gallup, which has tracked views on abortion for decades, found that voters self-identifying as “pro-choice” jumped to 55 percent in recent weeks. The Pew Research Center found that six in 10 Americans believe that abortion should be legal in all or most cases. After the draft opinion reversing Roe was published, the Kaiser Foundation found that two-thirds of Americans said they do not want the 1973 decision to be overturned.

But even though a majority of Americans don’t want Roe overturned, that doesn’t mean they will automatically vote along those lines in November.

“I don’t think it wins us the persuasion fight, given everything else the public is facing, from inflation to rising costs to supply chain problems,” said Josh Ulibarri, a Democratic pollster.

“The decision will help motivate our base,” Ulibarri continued. “I see no data, no focus group, no survey where Republicans win on the abortion fight. We win it handily. But is that more powerful than when a voter looks at their receipt when they check out at Target?”

Even so, some Democrats think that the decision will help them with “the people who made our majority in 2018 just so happen to be the ones who care most about abortion rights being taken away — women, especially in the suburbs, and independents,” said Meredith Kelly, who served as the DCCC’s communications director in 2018. “You can use this issue as a way to reconstruct that in some districts, like Virginia, California, New York and New Jersey.”

Senate Democrats point to New Hampshire and Nevada as examples — states with highly contested Senate races and strong libertarian streaks, where the electorate heavily supports abortion rights. That could help Sens. Maggie Hassan and Catherine Cortez Masto. But, Kelly said, “you’ve got to put a lot of money behind it.”

“Part of the problem is that voters don’t know what [overturning Roe] means for them in their states,” said Molly Murphy, a Democratic pollster. “The media strategy must include educating voters on what this means to make it more real for them, making it a steady drumbeat of local stories about what their state legislatures are doing.”

Still, the issue falling out of the local headlines is a fear for Democrats on the ground, like Michigan state Rep. Laurie Pohutsky.

“But if we make sure that it’s still on people’s minds, then I think it’ll be an animating issue in November,” Pohutsky said.

She pointed to a May state House special election in the Michigan suburbs, where abortion played a key role in a Democratic upset win, flipping a GOP-held seat. The Republican candidate, Robert “RJ” Regan, made national headlines after analogizing accepting the 2020 election results to advising his daughters that if they were raped, “you should just lie back and enjoy it” — a line Democrats used against him.

Democratic state legislators are working together informally to push back against Republican efforts to ban abortion. Nebraska state Sen. Megan Hunt said she’s had fellow state legislators reach out from Missouri, South Dakota, Texas and Florida to ask about how Nebraska Democrats defeated an abortion ban that would’ve gone into effect as soon as Roe was overturned.

“The appetite for an abortion ban in conservative states across this country is giving a women a reality check,” Hunt said. “It was always a burden on women of color, indigenous people, low-income people. But now, middle-class white women are realizing, ‘We’re going to get caught up in this net, too.’”

But Hunt warned that “Democrats can’t rely on one issue or one problem to change people’s minds.”

Even though “conservative, Christian women in Nebraska are against this abortion ban, I don’t think it’ll change the way they’ll vote,” she added. Rather, she argued, that’s why activists “need to make relationships at the local level.”