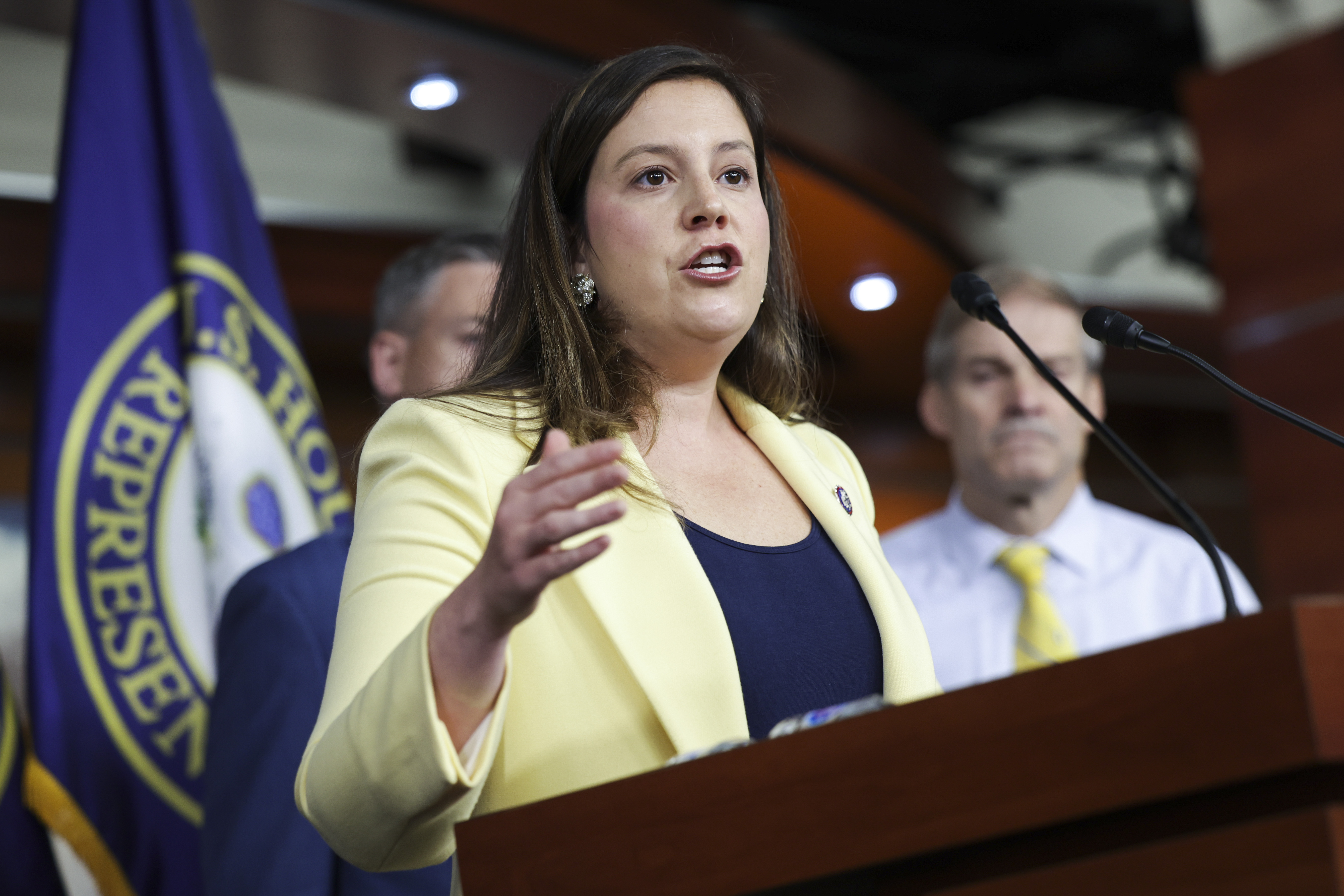 Bad blood is brewing between Rep. Elise Stefanik and the head of her home-state GOP. And the hotter it runs, the more it threatens to monopolize a Republican primary in her backyard.

The tiff between Stefanik and New York GOP party chair Nick Langworthy began escalating this year when Langworthy jumped to support Rep. Lee Zeldin (R-N.Y.) for his gubernatorial bid while she was weighing her own statewide run, multiple Republican officials familiar with the matter said in interviews.

It escalated from there after Langworthy nudged Rep. Chris Jacobs (R-N.Y.) into retirement over his decision to support an assault weapons ban, two well-placed Republicans said. Stefanik enraged the chair by quickly endorsing Carl Paladino in the race to replace Jacobs — whose seat Langworthy is running for too.

Now the Stefanik-Langworthy rift is spreading to fronts that could hurt the GOP further. Langworthy’s political director for the state party restricted fundraising and voter contact data Stefanik’s team could access before the Republican National Committee intervened to restore it, according to one person familiar with the matter. Stefanik’s team suggested the RNC stop sending money to the New York GOP to pay for staff and instead hire New York-based RNC-paid staffers, this person added, insisting on anonymity to address the feud candidly.

RNC spokesperson Emma Vaughn said in a statement that the national party committee “has a great partnership with NYGOP Chairman Langworthy and Republican Conference Chair Stefanik. Republican candidates are in an excellent position to score big wins in New York, and we plan on investing heavily in the state to support Republicans up and down the ballot.”

New York GOP spokesperson Jessica Proud aired similar sentiments in a statement that did not mention Stefanik, touting “an incredibly strong partnership with the RNC” and adding that, “Chairman Langworthy works together seamlessly with Chairwoman McDaniel and her team on behalf of all our GOP candidates and elected officials.”

“We have a number of important initiatives including the field program that we are working together on hiring and implementing for the 2022 cycle. Any suggestion otherwise is plain false,” Proud said.

A Stefanik spokesperson who declined to be named said in a statement that “if Elise wanted to run for Governor, she would have run for Governor. As everyone knows, Elise made the decision to run for House Republican Conference Chair and not to run for Governor. She is focused on representing New York’s 21st district, winning back the House to save America, and working with fellow New Yorkers to help elect a Republican Governor to save New York.”

While starting as an intrastate political fight, the burgeoning feud has the potential to spill over into national GOP politics. Stefanik is a rising star in conservative circles but her battle against Langworthy may have created a liability for herself as the No. 3 House Republican leader. She’s embraced Langworthy’s primary opponent Carl Paladino, who’s made a mountain of controversial statements — including a viral video from 2021 that showed him calling Adolf Hitler “the kind of leader we need.”

One House Republican lawmaker feared that if Paladino wins the race to replace Jacobs, he could behave on the Hill in the mold of Rep. Marjorie Taylor Greene (R-Ga.), who’s known to publicly blast her own GOP colleagues if they take votes she disagrees with.

Another House Republican warned that Stefanik’s endorsement of Paladino could be used against her as she eyes a bid for leadership next year. The 37-year-old may try to remain in her current role as conference chair or to move up to majority whip, should the GOP take back the House in November as expected.

“I think it could hurt her, depending on how she handles it going forward,” this senior House Republican said on condition of anonymity, noting that it depends if Stefanik distances herself from Paladino should he continue to spark controversies her rivals might “exploit.”

But others jumped in to defend Stefanik, noting her record of successful endorsements in other House GOP races, including her previous work electing Republican women through her leadership PAC.

“Members of Congress smearing Carl while trying to count leadership race votes would be wise to court Carl Paladino, who according to an independent poll is winning in a landslide against Nick Langworthy,” a senior Republican operative said, speaking anonymously to share insight on the race. “This will be a huge, embarrassing loss for Langworthy in August.”

Langworthy, for his part, has accused Stefanik of endorsing Paladino as part of her “vendetta” against him. “She endorsed a candidate that she knew was not in the best interest of the swing seats in the great state of New York,” the party chair told the New York Post earlier this month. “I mean, it’s really unfortunate.”

But Langworthy himself has rubbed some in the New York GOP wrong, according to two Republicans interviewed for this story — with some arguing it was a conflict of interest for him to vie for Jacobs’ seat after using his perch as state party chair to push the first-year lawmaker out of Congress. 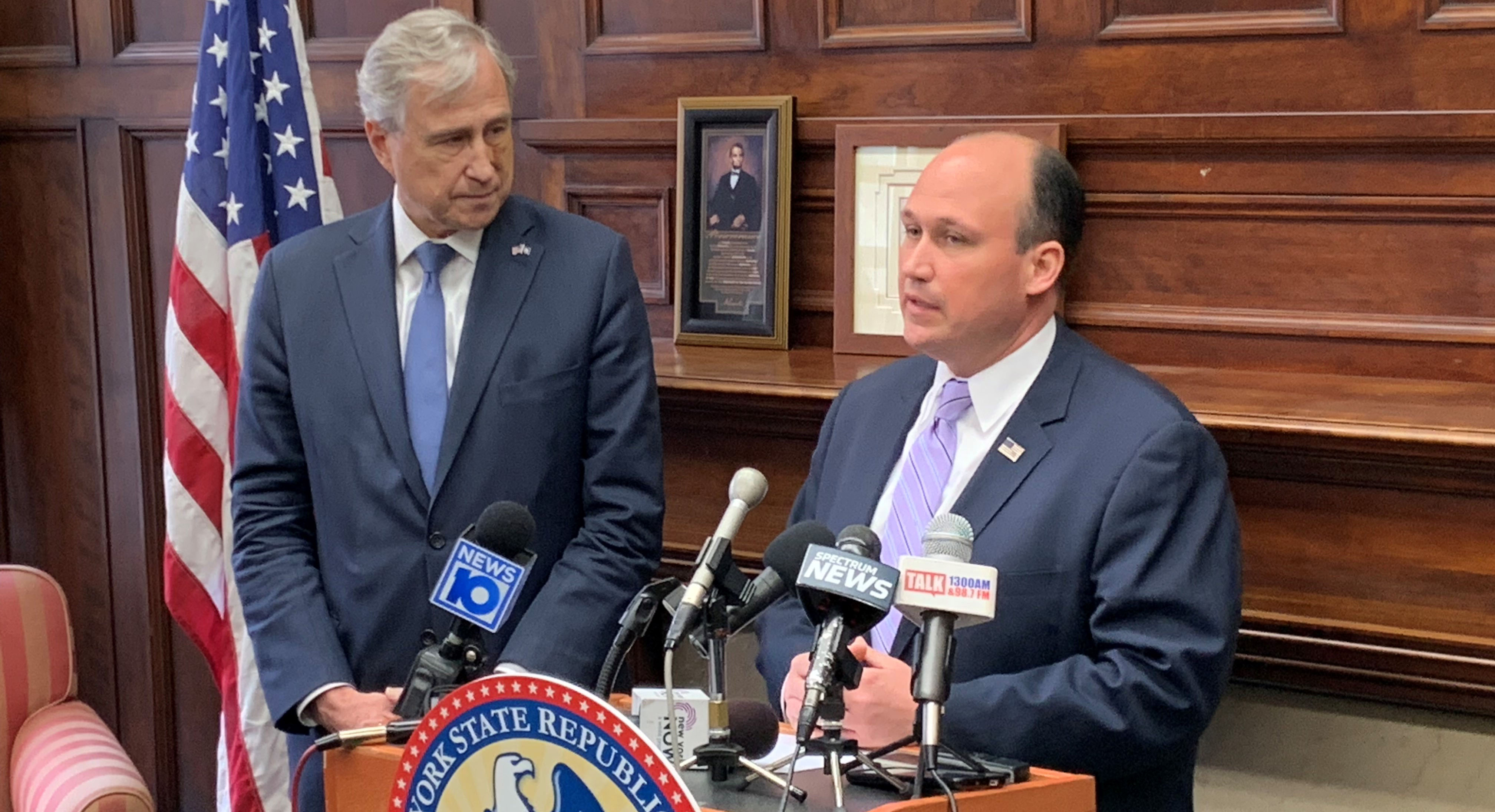 As the Empire State spat rages on, multiple House Republicans professed to being unaware of Paladino’s string of past objectionable moments.

That list includes racist and sexist statements about how he hoped then-President Barack Obama would die of “mad cow disease” and that then-First Lady Michelle Obama would “ return to being a male and let loose in the outback of Zimbabwe where she lives comfortably in a cave with Maxie, the gorilla.” During his 2010 gubernatorial run, a batch of leaked emails he reportedly forwarded included bestiality videos.

Paladino has since apologized for his remarks about the Obamas. He also tried to distance himself for his recently resurfaced Hitler comments.

“The context of my statement was in regards to something I heard on the radio from someone else and was repeating, I understand that invoking Hitler in any context is a serious mistake and rightfully upsets people,” Paladino said in a statement. “I strongly condemn the murderous atrocities committed against the Jewish people by Hitler and the Nazis.”

Regarding Paladino’s comments, the Stefanik spokesperson said the congresswoman has “one of the strongest records in the US Congress condemning anti-Semitism and led and passed bipartisan legislation to expand Holocaust education.”

Prior to the news reports about Paladino’s Hitler remarks, POLITICO asked Stefanik about Paladino’s past controversial comments, to which the GOP conference chair replied: “He’s been smeared by the media before.”

She also pointed to Paladino’s failed 2010 gubernatorial bid, noting: “He is beloved in Buffalo and won a Democratic county by two to one against Governor Cuomo in 2010.”