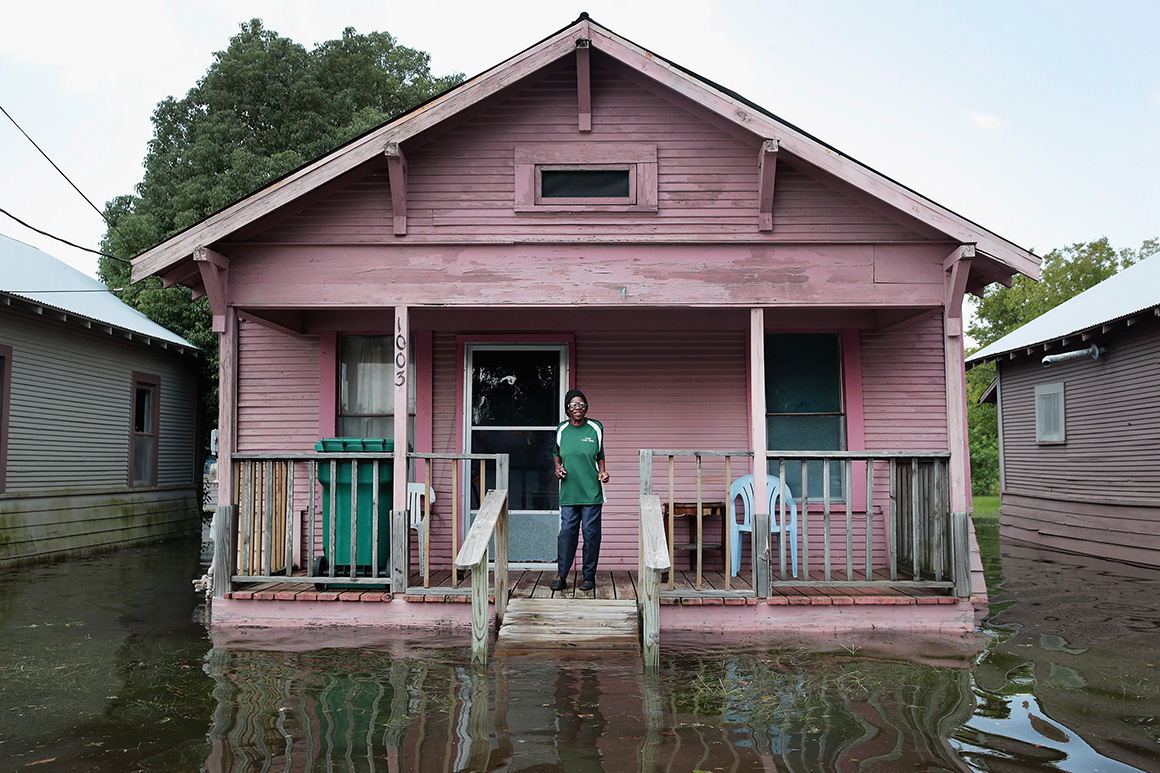 Federal programs that have elevated thousands of U.S. homes above floodwaters may violate civil rights law by shutting out many homeowners who are Black or Hispanic or who have low incomes.

The Stafford Act, a 1988 federal law that authorizes the president to send state and local governments aid following disasters, requires that federal funds be spent equitably.

Yet E&E News revealed in a yearlong investigation published last month that the Federal Emergency Management Agency spent disproportionate amounts of money elevating homes in communities that are wealthy or overwhelmingly white. The pattern is largely the result of federal prerequisites that are biased against Black, Hispanic and low-income households.

“These policies are absolutely a violation of the Stafford Act’s nondiscrimination clause. There’s quite obviously a massive disparate impact on the basis of race, national origin and ethnicity,” said Madison Sloan, a lawyer and director of disaster recovery at Texas Appleseed, a racial justice group.

Advocates said FEMA could address the discrimination by revising how it decides whether a flood protection project makes financial sense — a process that favors expensive homes.

FEMA press secretary Jeremy Edwards didn’t respond directly to questions about the agency’s alleged violation of civil rights provisions. But he said FEMA is analyzing ways to help disadvantaged communities win FEMA mitigation grants, and added that the agency will begin this year prioritizing communities with high rates of poverty, large minority populations and other indicators of vulnerability to disasters.

“We understand that the reality of underserved communities creates barriers to access programs and assistance equally,” Edwards said in an email yesterday, adding that FEMA Administrator Deanne Criswell “recognizes this profound injustice.”

The Stafford Act has an unusually strong civil rights provision that protects a wide range of people from both intentional discrimination in the distribution of disaster funds and inadvertent discrimination caused by seemingly benign policies, said Hannah Perls, a lawyer with Harvard Law School’s Environmental & Energy Law Program.

Despite those protections, discrimination cases against FEMA face daunting challenges, in part because the agency can claim that it selects grant recipients without knowing their race or income levels. FEMA does not track those details.

“One of the things Congress was hoping to prevent were these facially neutral policies that result in disparate impacts on protected groups,” said Perls, who wrote an influential paper last year on the Stafford Act and equity.

The claims of federal discrimination come after President Joe Biden promised to address decades of unfair treatment toward communities of color in environmental policy. Front-line neighborhoods have often been subjected to toxic pollution from power plants, major highways and industrial facilities. They also face intensifying impacts of climate change, including flooding and extreme heat.

E&E News found that federal policies requiring people to own their homes to receive elevation funding and to pay, in many cases, tens of thousands of dollars toward the project tend to penalize people of color. That’s because Black and Hispanic households are much less likely to own a home and have far less wealth than white households.

The agency also requires people who get elevation funds to have a federal flood insurance policy. That tends to penalize low-income households, which FEMA’s own study found were far less likely than middle- and high-income households to have flood policies.

“Those are exactly the kind of outcomes Congress intended to prohibit with the nondiscrimination clause,” Perls said. “Because there are such strong correlations between race and homeownership and race and wealth, requiring those two things as a prerequisite to getting assistance is discriminatory in that it results in disparate impacts.”

The Stafford Act clause also casts a wide net of protection by barring discrimination on the basis of economic status and English proficiency in addition to the protected classes of race, nationality, religion, disability and sex.

“They can’t discriminate against you because you’re poor. That’s unusual in most of the antidiscrimination clauses you see,” said John Philo, executive director of the Sugar Law Center for Economic & Social Justice in Detroit, a nonprofit organization focused on low-income workers. “Usually it’s race, gender, age, military status and other things.”

Congress enacted the nondiscrimination provision in 1970 “to address rampant discrimination in federal, state, and private assistance programs after Hurricane Camille,” Perls wrote in her paper, referring to a devastating Category 5 hurricane in 1969 that made landfall in Mississippi.

Households with low-incomes and minority members “were the categories Congress was especially concerned about,” Perls said in an interview.

An agency official previously denied that FEMA discriminates when allocating elevation funds, though the agency has acknowledged equity problems with many of its programs, including the emergency aid it gives people immediately after disasters.

“FEMA doesn’t discriminate against individuals,” David Maurstad, the agency’s acting associate administrator for resilience, said in an interview in April.

Criswell, the FEMA administrator, told reporters in February that the design of some agency programs “has had an unintentional consequence of creating inequities.”

Maurstad noted that FEMA does not track the race or ethnicity of people who get FEMA aid or grants. “Because we don’t collect it, we don’t discriminate against individuals,” he said. 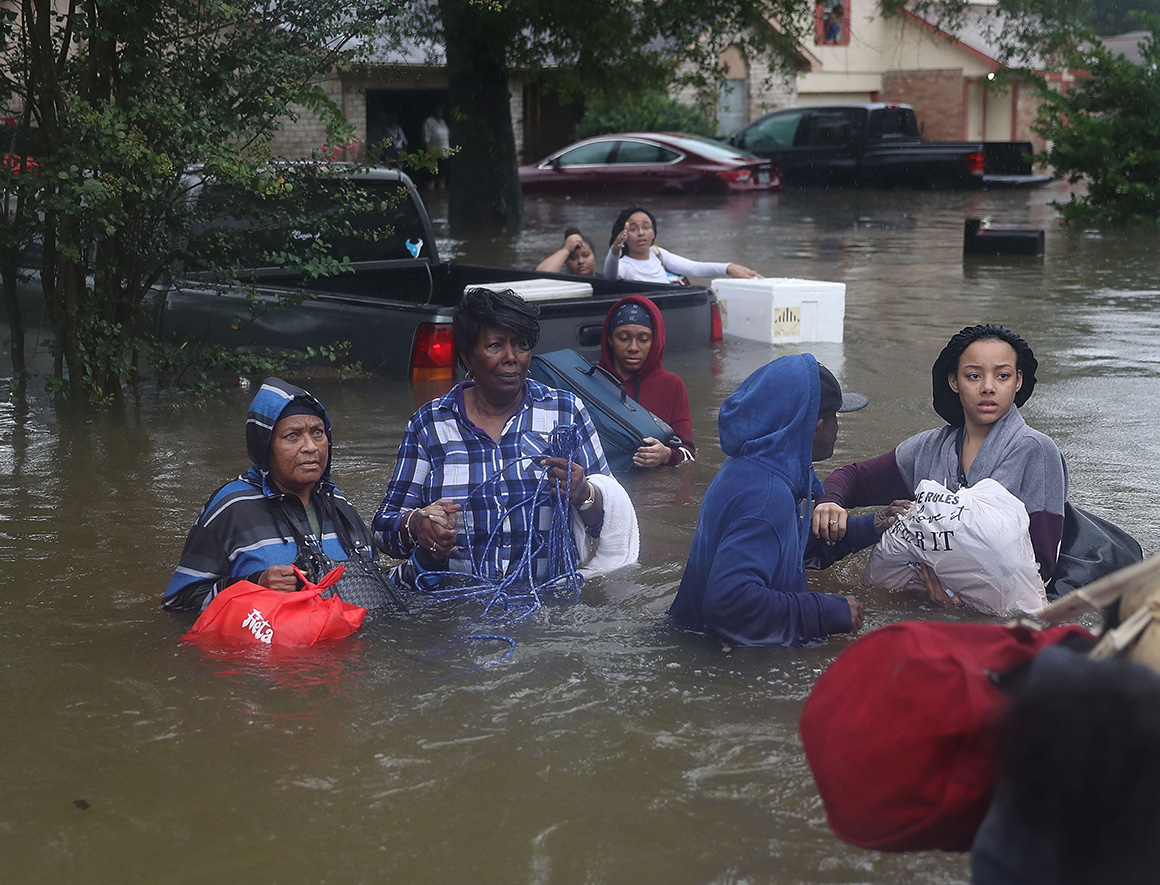 The absence of information about the race and ethnicity of people getting elevation money or other FEMA aid would hinder someone from proving discrimination, and also could prevent FEMA from internally assessing disparate impacts, experts said.

“It is certainly a significant barrier if the agency that is distributing the funds is not able or willing to collect and report on the data about who is benefiting from those funds,” said Amy Laura Cahn, director of the Environmental Justice Clinic at Vermont Law School.

“That’s why having data on race and ethnicity is so crucial. That should be something that FEMA is doing and is requiring its federal funding recipients do,” Cahn added, referring to states and localities that receive and distribute FEMA grants to communities and households.

Elevation funds are allocated through competitive grant programs that require states and municipalities to submit highly technical applications showing that the cost of elevating a home will be less than the expected damage from flooding.

The elevation grants — worth as much as $550,000 per home — increase property values for homeowners and cause their flood insurance rates to plummet by thousands of dollars. FEMA has spent $2 billion elevating 14,400 homes since the early 1990s.

The E&E News investigation found that in 12 of the 18 states that have received almost all of the elevation funds, more than half of the money went to communities where the median household income in 2019 was more than $100,000 or the population was more than 90 percent white. The United States had a median household income of $65,700 and was 60 percent white in 2019, which is the most recent year for which FEMA spending records are available.

Although the Stafford Act has strong civil rights language, courts have made it difficult to prove discrimination by giving FEMA wide discretion in allocating disaster aid and in making other decisions.

“The courts have said FEMA has very broad discretion in the policies it enacts,” Sloan said.

FEMA itself made that argument as a defendant in a lawsuit in 2018 that alleged the agency had discriminated against residents of Puerto Rico in the emergency aid it gave individuals after Hurricane Maria demolished much of the U.S. territory in 2017. The agency said in a court filing that the Stafford Act lets FEMA “offer disaster relief in its discretion without becoming entangled in costly litigation.”

A federal judge dismissed the lawsuit three months after it was filed.

Legal experts said FEMA could use its discretion to adopt policies that make it easier for low-income and minority households to qualify for elevation funding. One potential change involves revising how it calculates the benefit of a home elevation project to include factors beyond averting damage to property.

“They could say we’re going to ascribe value to social cohesion and not breaking up communities,” said Perls of Harvard.

FEMA has taken a step toward helping disadvantaged communities win flood mitigation grants. That policy revision is also a tacit acknowledgment of its equity problems. FEMA’s Flood Mitigation Assistance Program, which distributes roughly $200 million in grants annually, this year will start giving priority to projects in areas with high rates of poverty, unemployment and other indicators of “social vulnerability” to disasters.

A version of this report first ran in E&E News’ Climatewire. Get access to more comprehensive and in-depth reporting on the energy transition, natural resources, climate change and more in E&E News.