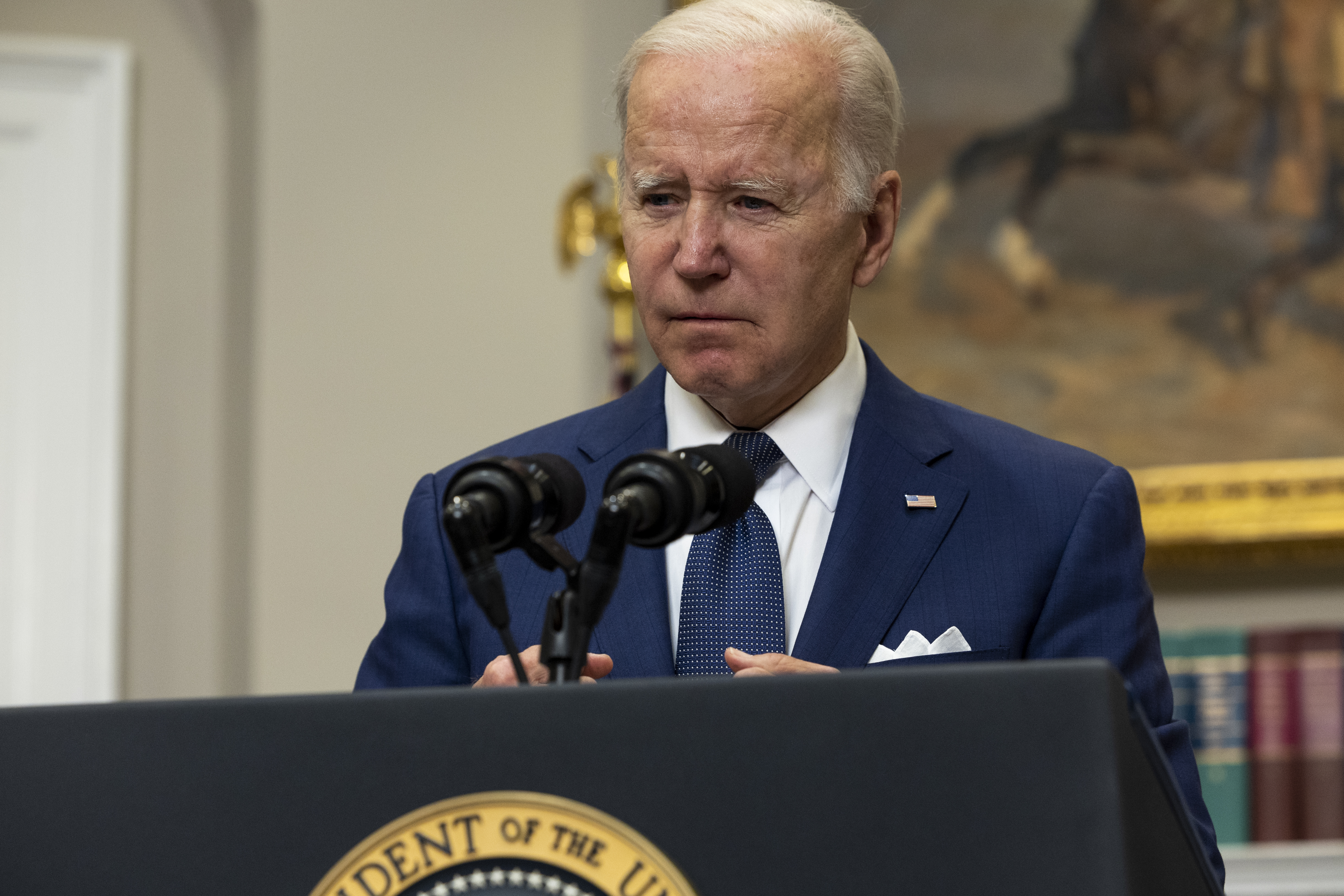 President Joe Biden took office facing an historic convergence of crises. Since then, his list of challenges has only grown.

The mass killing of 19 children at a Texas school on Tuesday has become the latest test for a president facing a crucible like few of his predecessors have. Biden helms the nation that feels, at times, like it is tearing at the seams. It was personified this week as his first trip to Asia — designed to address competition with China, the foreign policy challenge deemed most pressing by the administration — was bookended by a pair of mass shootings that claimed the lives of people going about the most routine of American rituals, shopping for groceries and attending school.

“Why are we willing to live with this carnage?” the president plaintively asked just minutes upon returning home. “Why do we keep letting this happen?”

Biden had prepared to take the presidency in the midst of chaos. He ran, in part, to return normalcy to a country polarized and rattled by the Trump years. In the days before his January 2021 inauguration, his team circulated a memo outlining a plan to combat what they saw as the “four crises” facing the country: Covid-19, the pandemic-fueled economic downturn, racial injustice and climate change. And as Biden took the oath of office that bitterly cold winter day, another challenge displayed on the building behind him — the U.S. Capitol still brandishing the wounds from the Jan. 6 assault on the nation’s democracy.

None of those hardships have been truly resolved.

And now Biden faces an expanding roster of national trials, including surging inflation, Russia’s invasion of Ukraine, the impending reversal of abortion rights and a pair of horrific shootings not even two weeks apart.

The White House argues that it not only bears little responsibility for creating the confluence of crises but that it doesn’t necessarily have the tools to resolve them either.

But the job of president means shouldering the burden. And the pressure on Biden to act has grown more acute as the nation barrels towards the midterm election and the potential 2024 return of the former president who sparked the insurrection.

Though each president is tested in unique ways, few have seen a set of concurrent challenges materialize so early in a presidency.

Franklin D. Roosevelt in the 1930s attempted to rally the nation in the Great Depression and, just a few short years later, World War II. But Roosevelt also enjoyed massive Democratic majorities in Congress that helped push his agenda forward, something the current president does not have.

That absence has hampered Biden in several ways, including on gun policy, where efforts to address mass shootings and firearm deaths have failed to clear a Senate Republican filibuster.

The heartbreaking shooting at Robb Elementary in the town of Uvalde, Texas, now moves the issue — and those legislative dynamics — back to center stage for Biden.

Toting an automatic weapon, an 18-year-old suspect killed 21 people, with several more remaining hospitalized. He carried more firepower than the first officers who attempted to block him and was only stopped and slain when a police tactical unit arrived.

The motive for the killing, to this point, remains unknown. But coming on the heels of the mass shooting of 10 Black people at a supermarket in Buffalo, N.Y., by a white supremacist, it has refocused the national debate on guns.

The White House will reexamine gun safety executive orders, but those would address the problem around the edges at best. A legislative vehicle would prove more consequential but Republicans all but uniformly oppose tougher gun restrictions and at least one Democrat, Sen. Joe Manchin (D-W.Va.), has already said he does not support altering the filibuster to address it.

Hurtling from one high stakes moment to another, the president learned of the latest tragedy — now the second deadliest school shooting in the nation’s history, behind the one in Newtown, Conn., in 2012 — while returning from Asia on Air Force One. His frustration was evident in his raw remarks, as he first offered words of compassion for the grieving families before flashing anger that another horrific shooting happened on his watch.

“Where in God’s name is our backbone?” Biden demanded to know.

For Biden, the summer ahead offers few signs of reprieve. Though he has received high marks for his response to Russia’s invasion of Ukraine, the war is likely to become a protracted affair wreaking havoc across the globe, with the resulting rising food and energy costs only adding to soaring global inflation.

Efforts to combat climate change remain stalled as Democrats continue to try to unify around the president’s agenda.

Republicans have, for the most part, continued to express fealty to Donald Trump and his election lies that caused the riot at the Capitol, with several proponents of the falsehood of a stolen election seeking critical offices this cycle.

The Supreme Court is likely to rule soon on the constitutionality of abortion rights, with the unauthorized disclosure of a draft opinion portending the possible overturn of Roe v. Wade.

The Covid-19 pandemic remains a scourge across the country more than two years on. While cases and hospitalizations have not yet approached those of previous spikes, health officials are increasingly worried about another, deadlier, surge this fall or winter and Congress seems uninclined to pass more funding.

Even the moments of triumphs come with asterisks. On Wednesday, Biden will announce a set of executive actions to reform policing, unveiled two years to the day that George Floyd, a Black man, was killed under the knee of a white Minneapolis police officer. But the ceremony will also serve as a reminder of the crises he’s faced that remain unresolved. A broader police reform legislative package that seemed, for a time, to be a possible bipartisan achievement, fell apart, forcing him to substitute smaller executive orders.