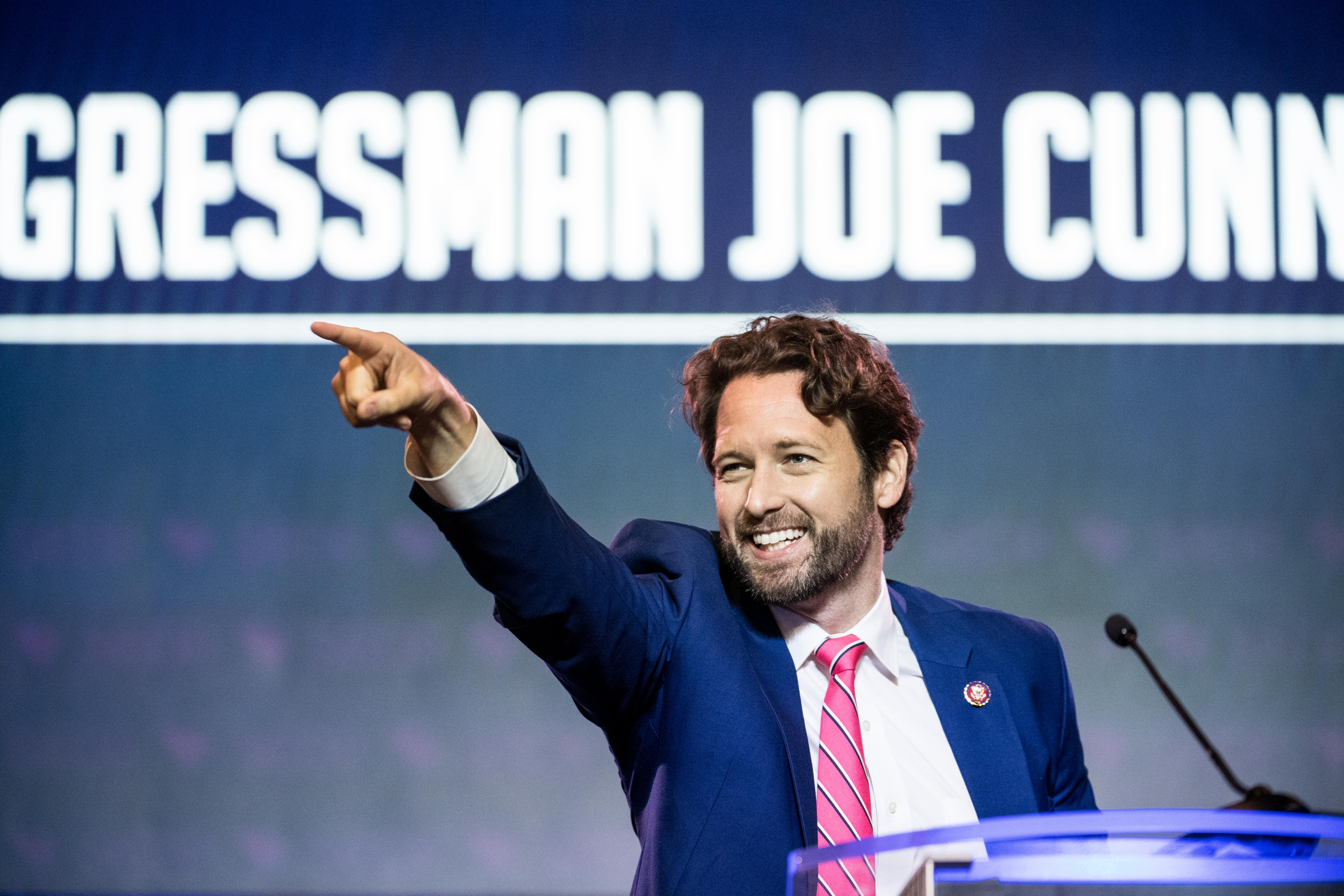 Joe Cunningham, a former Democratic congressman, is putting abortion at the center of his bid for governor in South Carolina, a deep-red state where Democrats believe they have an opening to campaign against Republicans going too far on abortion restrictions.

“A single pen — it could be the only way to stop a total abortion ban in South Carolina,” Cunningham says in the TV ad, directly addressing voters. “Governor McMaster wants abortions outlawed, with no exceptions for rape, incest or the life of the mother. The stakes in this election could not be higher.”

The TV ad cuts to a debate in the Republican Party about how far to push abortion restrictions — a particularly relevant question since a draft Supreme Court opinion reversing Roe v. Wade was obtained by POLITICO earlier this month. Some Republicans, including former President Donald Trump, have emphasized their support for these exceptions to abortion restrictions, and public polling shows the majority of American voters also back them. But a slew of Republican-controlled states, including Florida, Kentucky and Oklahoma, have recently codified strict anti-abortion laws that do not include these exceptions.

It’s an early sign that some Democrats plan to lean into abortion, even in red states and in one of their most high-profile and expensive ways of communicating with voters: TV ads. In private polling shared by the Cunningham campaign, the pollsters found that over half — around 53 percent — of general election voters in South Carolina supported “a woman’s right to choose to have a safe and legal abortion.” Another 37 percent did not support it.

Notably, Cunningham is still in the midst of a Democratic primary that will be decided in June. He’s running against state Sen. Mia McLeod, who revealed last summer that she was a victim of sexual assault during a debate over a “fetal heartbeat” abortion ban in the state’s legislature, which initially did not allow for an exception for rape. McMaster signed the bill into law last year, effectively restricting abortion after six weeks.

“As governor, I’ll use my veto pen to stop Republicans from taking away a woman’s right to choose because these healthcare decisions should be between women and their doctors, not politicians,” Cunningham concludes in the TV ad.

Other Democratic governors are also challenging state abortion laws in court, like Michigan Gov. Gretchen Whitmer, who sued her state’s 1931 law banning abortions with no exceptions for rape or incest.