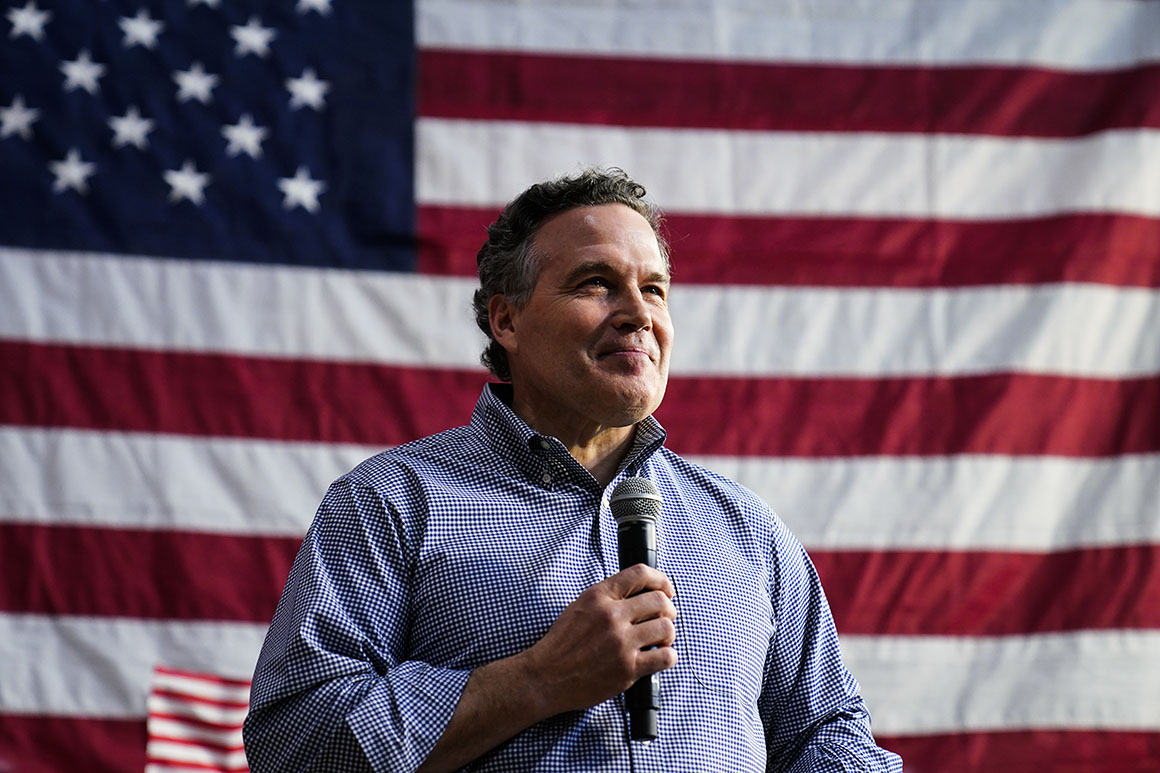 The war over every last vote in Pennsylvania’s too-close-to-call Senate GOP primary is now officially headed to the courts.

David McCormick’s campaign filed a lawsuit Monday afternoon arguing that election officials must count mail-in and absentee ballots that lack a date on their envelope, citing a federal court order released on Friday.

McCormick’s lawsuit, filed in state court, sues the state’s chief election official and county election boards in order to compel them to count the undated ballots that were returned on time.

As of 6 p.m. Monday, Oz was leading McCormick by fewer than 1,000 votes — well within the margin for an automatic recount in the state. In the days after the May 17 primary, both Oz and McCormick unleashed an army of lawyers in Pennsylvania and tapped alumni of former President Donald Trump’s 2020 campaign to help them with behind-the-scenes combat over every vote.

The 3rd Circuit Court of Appeals ruled on Friday that the state’s laws requiring ballots be dated by the voter was “immaterial” under a federal statute that originated with the Civil Rights Act of 1964 — meaning it should have no bearing over whether ballots are accepted or rejected.

But the court did not release its full formal opinion, so there has been uncertainty on how — or whether — to apply its finding to other elections aside from that 2021 judgeship contest. In the days following the judgment, the Department of State has also not yet issued guidance to election officials on how to deal with undated ballots in Tuesday’s primary

The circuit court may not be the final say on the order. One of the parties in the case — David Ritter, a candidate in that judicial race — asked the court on Monday to stay its judgment, signaling that there would likely be an appeal to the U.S. Supreme Court.

Hours after the judgment was issued Friday, McCormick’s campaign sent a letter to Pennsylvania’s 67 counties arguing that undated ballots should be tallied and requesting a hearing if election boards declined to count them. Oz’s team followed suit with its own letter to counties, making the case that they should be rejected.

Since Oz is ahead, he likely stands to benefit if fewer additional mail-in and absentee ballots are tallied. McCormick, meanwhile, has been outperforming Oz in those ballots, meaning he could gain if more of those votes are counted.

An aide for Oz did not immediately respond to a question on if the campaign plans on intervening in McCormick’s lawsuit. But in a statement issued last week, Oz campaign manager Casey Contres said “the McCormick legal team is following the Democrats’ playbook” and it “will oppose the McCormick legal team’s request that election boards ignore both Pennsylvania’s Supreme Court and state election law and accept legally rejected ballots.”

Grace Griffaton, a spokesperson for the Department of State, said Monday afternoon that there were approximately 5,400 Republican mail-in and absentee ballots left to count, but it is “likely that the estimates include rejected ballots that have not yet been recorded.” It is unclear how many undated ballots have been processed.

Absent any guidance from the Department of State, some counties have already decided to count undated ballots in light of the circuit court ruling. Northampton County plans on tallying 380 undated ballots across both parties, according to The Morning Call.

Others counties are more hesitant to do so. In an email attached to McCormick’s lawsuit, an attorney for Blair County emailed lawyers representing both McCormick and Oz about the uncertainty around these ballots.

“While I do not always agree with the guidance provided by the Department of State, Bureau of Elections, and Blair County is not legally obligated to follow such guidance, I also do not believe it would be appropriate for the County to proceed without having reviewed such guidance,” Nathan Karn, the county solicitor, wrote.

“With all of the outstanding issues, Blair County will be maintaining the segregation of the undated ballots at this time and will not count them until there is clear finality,” Karn continued, citing the likelihood of a challenge to the 3rd Circuit decision.

The number of ballots at play could be small. McCormick’s lawsuit said that the figure was “likely thousands of voters,” but it is unclear how many of them are Republican voters. Blair County — a small, overwhelmingly Republican county with a population of a little over 120,000 — only had 10 undated Republican ballots, according to Karn.

According to election officials in the state, counties track when mail-in and absentee ballots are received, so they know if they have arrived on time, regardless of whether a date is written on the envelope. Election officials and election law attorneys also said counties currently accept ballots with a date in the future or a voter’s birth date written on the envelope.

Some Republicans have — wrongly — implied that it was unknowable when the undated ballots now at the center of the legal fight arrived.

On Sunday, Republican National Committee chair Ronna McDaniel took Oz’s side in the debate over undated ballots, saying on Fox News that “ballots should not be counted without a date.”

Because, she asked, “How do you know when they came in?”

The 3rd Circuit’s ruling would not affect ballots in the county judgeship race that arrived after the received-by deadline, which is the close of polls on Election Day. Also on Monday, the court issued an amended judgment stressing that point, noting that it was “undisputed” that the ballots at the center of the lawsuit in question “were received by the deadline,” meaning that “there is no basis on this record to refuse to count them.”

The state Supreme Court ruled shortly after the 2020 election that undated mail ballots should be counted then, in a 4-3 decision. But crucially, the fourth and deciding vote in that decision wrote that going forward an undated ballot could be disqualified for that reason alone, because voters would have enough notice in future elections to completely fill out their ballot envelopes.

The race between Oz and McCormick will go to an automatic recount if it comes down to a half-percentage point or less, unless the runner-up declines it.

For a recount to occur, the secretary of state must order it by Thursday. A recount must begin by June 1 and be finished by June 7.

The stay request from Ritter, the county judicial candidate, could also have far-reaching effects beyond just how to count a typically small number of ballots in Pennsylvania. The appeal argues that the Civil Rights Act does not have a private right of action — meaning only the U.S. government, and not private citizens, could sue to enforce it.

Challenging both the Civil Rights Act and Voting Rights Act as not having a private right of action has increasingly been central to some lawsuits looking to undercut the laws — and if the Supreme Court eventually found as much, it could upend much of the enforcement of the landmark laws.