House Democrats are playing whack-a-mole with national crises, hoping the show of proactivity will save them from catastrophe in November.

Democrats are devoting this week to legislation to address spiking gas prices, the baby formula shortage and domestic extremism before they clear out of Washington for a two-week recess — racing to convince frustrated voters they can tackle the most glaring problems.

“We gotta show the people that we’re working our asses off,” as one progressive, Rep. Jamaal Bowman (D-N.Y.), described the party’s recent push for floor action.

Much of the legislation faces long odds, at best, in the 50-50 Senate. And even in the House, Democrats are still struggling to gather united party support on at least one bill to combat high fuel prices, with roughly a half-dozen moderates and oil-state Democrats privately grumbling about pieces of the legislation into Wednesday evening.

Still, Democrats — many of whom have eschewed votes taken purely for messaging purposes when they control both Congress and the White House — are hoping at least one of their bills can make it to President Joe Biden’s desk. And if not, they broadly insist that voters will at least appreciate that they’re making an effort, hopefully reversing or mitigating the likelihood that Republicans take the House next year.

“These are issues that the American public cares about. And we understand that there’s limited windows here within the legislative calendar,” said Rep. Pete Aguilar (D-Calif.), a member of Democratic leadership. “So it may look a little frazzled at times, but it’s our desire to try to get something done, to bring meaningful relief to people in their daily lives.”

The bills have a dual purpose: handing talking points to vulnerable Democrats to tout back in their districts and painting opposing Republicans as intransigent — a parallel that Democrats hope will resonate.

“We want to build the momentum that is growing right now for Democrats and make sure that what Americans are hearing right now are the things that they are worrying about at home,” said Rep. Jan Schakowsky (D-Ill.).

Democrats are feeling immense pressure to do something, even if it doesn’t become law, as they confront economic and political headwinds that have them on defense heading into November. Republicans are feeling bullish about flipping the House, especially as inflation has spiked the price of everything from groceries to gasoline, and Biden’s poll numbers have dropped.

Desperate to turn around their political fortunes, Democrats insist that taking on problems like gas prices and the infant formula shortage could still pay political dividends.

“What we hear from back home is people are concerned about rising prices and how they’re going to make ends meet,” said retiring Rep. Ron Kind (D-Wis.). “And if we can make some progress on that in the next four or five months. I think it’s going to be a different political atmosphere going into the midterms.”

But even getting to this point was not without some internal conflict among House Democrats, who faced an all-too-familiar squeeze between moderate and progressive wings.

Democratic leadership has worked aggressively in recent days to shore up votes for the price gouging bill, which would bolster the Federal Trade Commission’s power to combat price gouging at the pump.

“If you don’t support legislation to stop price gouging, you are for price gouging,” House Speaker Nancy Pelosi warned in a private meeting on Monday, which she echoed throughout the week, according to a person in the room.

While some progressives complained the bill doesn’t go far enough in allowing government crackdowns on industry, multiple centrist Democrats countered that it wasn’t the best legislative path. Some moderates in the pro-business New Democrat Coalition, for instance, were spooked by a conversation with former Treasury Secretary Larry Summers, who compared the effectiveness of price gouging legislation to former President Donald Trump’s infamous remarks about injecting disinfectant into veins to ward off Covid-19. In other words, it was “dangerous nonsense,” said Summers, according to a person in the room.

A few weeks earlier, Jason Furman, a former economic adviser to President Barack Obama, cautioned members that blaming corporations for prices was like “blaming gravity for plane crashes.” Both speakers spoke to members as part of the caucus’s inflation working group.

Meanwhile, other moderate House Democrats — particularly from Texas, the home of many oil refineries — have objected to the singling out of the oil industry and threatened to vote against the legislation.

“I don’t know if it’s a messaging piece or something,” said Rep. Vicente Gonzalez (D-Texas), who is expected to vote against the gas price gouging bill. “But the reality is there are other sectors in our economy that should be targeted for this much more than energy.”

By Wednesday evening, Democratic leaders were still confident they could pass the legislation and believed that several of their “undecided” votes would ultimately flip. House Majority Whip Jim Clyburn (D-S.C.) asserted on Wednesday afternoon, “we’re getting there.”

Progressives are expected to uniformly back the legislation, even as they said they wished it could go further. 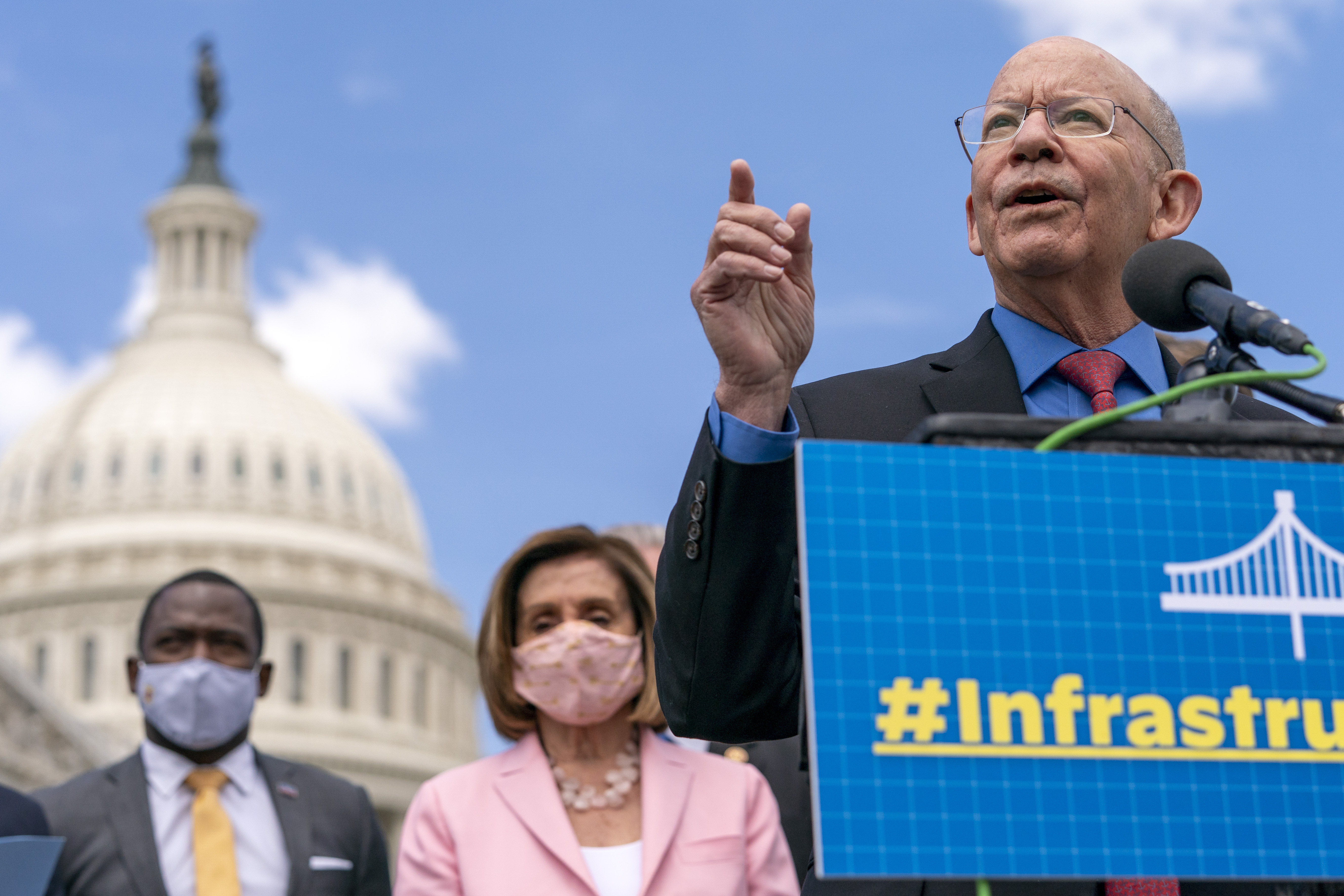 “We’re Democrats. We should be taking [the oil industry] on,” said House Transportation and Infrastructure Committee Chair Peter DeFazio (D-Ore.), who wanted more aggressive legislation to tax oil companies’ profits. “But currently, that’s beyond us.”

On other fronts, the House on Wednesday evening passed bills to combat domestic terrorism, expand infant formula access and provide funding to address the formula shortage.

The infant formula bills would allocate $28 million for the FDA to address the shortage and expand access to formula for Americans enrolled in the Women, Infants and Children program, though it’s unclear how those packages would address the immediate, supply-driven shortage. Nearly half of infant formula purchased nationwide is bought using those benefits.

The domestic extremism bill authorizes the creation of domestic terrorism offices within federal law enforcement agencies and requires reporting on domestic terrorism threats, among other provisions. And even that legislation didn’t have a smooth path to the floor. The bill initially drew concerns from the left over its definitions of terrorism, though it passed after it was amended to address their concerns.

Beyond this week’s bills, there’s a growing push in the Democratic caucus to take votes on any number of pressing issues facing the public, like student debt, food costs and drug pricing. With such a toxic political environment, many Democrats say they’re eager to pass policy on those problems, even if they’ll be doomed in the Senate — particularly as they worry their time in the majority is dwindling.

Bowman said Democrats have done a lot in his first term, including a massive pandemic aid package and the bipartisan infrastructure law. But he worries it’s not enough to prove to an increasingly angsty liberal base that they should come out to vote in November.

“My worry is we’re ignoring people of color, we’re ignoring progressives. We’re not working on the issues that they care about enough, or fighting enough for it,” Bowman said, ticking off issues like voting reform, policing and student debt. “We need wins in those areas before the midterms, absolutely.”