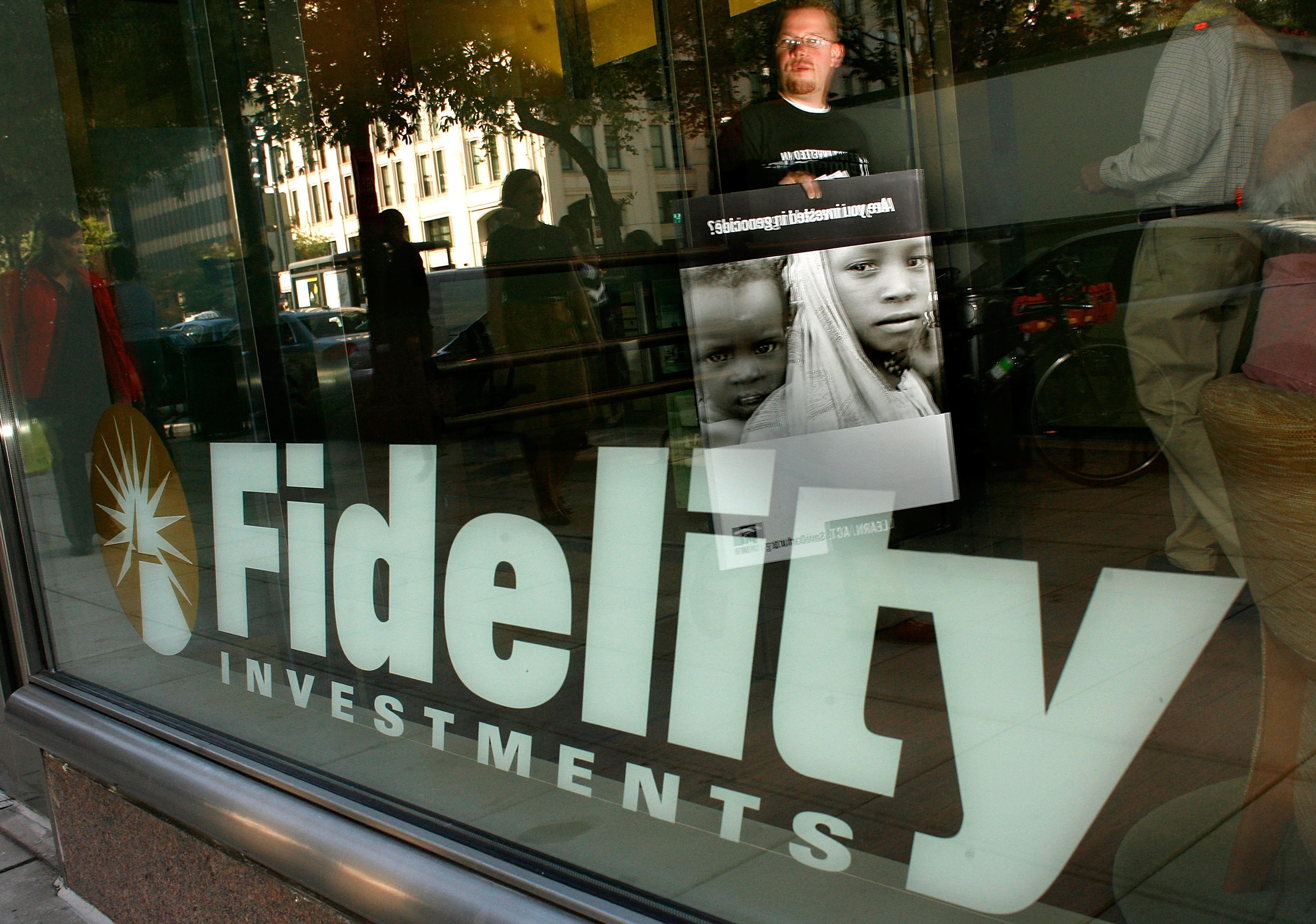 A move by Fidelity Investments to let retirement savers add Bitcoin to their 401(k)s is becoming a new flash point in the fight over crypto regulation, pitting free-market Republicans against Democrats who say it’s a threat to millions of consumers.

The Biden Labor Department, which polices employer-sponsored 401(k)s, has warned the 76-year-old asset management firm that its foray into volatile crypto markets could endanger future retirees. Sen. Elizabeth Warren of Massachusetts — where Fidelity is based — questioned the company’s CEO about exposing investors to “a risky and speculative gamble.” Democrats are raising red flags as the price of Bitcoin has tumbled more than 50 percent from its all-time high in November.

Republicans have rushed to defend Bitcoin as a viable retirement asset class. Sen. Tommy Tuberville of Alabama introduced legislation last week that would prevent the Labor Department from restricting options available to employees in self-directed retirement accounts. He called the department’s recent guidance “government overreach at its finest.”

“The atmospherics — the YOLO and the FOMO of cryptocurrency — are our concerns,” Labor Department Acting Assistant Secretary Ali Khawar said in an interview. “Right now, you don’t know whether you’re betting on the winning horse or not. It’s very speculative.”

Fidelity — one of the most prominent old-school financial giants to embrace digital currency trading — is forging ahead with the initiative as Washington officials scramble to keep up with the highly volatile $1.3 trillion crypto market. The company’s decision shows how Wall Street stalwarts are beginning to lend their lobbying muscle to the crypto industry’s fight to shape policies that are just now being written as virtual currency goes mainstream.

With 23,000 companies using Fidelity for their employees’ retirement, AARP and consumer advocates are also sounding the alarm that throwing crypto into 401(k)s could leave employers and workers holding the bag. The Labor Department is cautioning that businesses that put crypto on their retirement plan menus could be investigated for failing to act in their employees’ best interests.

“It’s very difficult to separate the facts from the hype — and there’s a lot of hype,” said Micah Hauptman, director of investor protection at the Consumer Federation of America. “Offering these assets to plan sponsors to include in their lineups could be increasing their liability, and that’s not good for anybody. It’s not good for small businesses … it’s not good for their employees.”

Fidelity has been building a presence as a crypto juggernaut for almost a decade, with a digital asset platform that includes everything from Bitcoin mutual funds to custodial services for institutional investors. The company last year spearheaded a new advocacy and lobbying group — the Crypto Council for Innovation — with fintech startups-turned-powerhouses Block (formerly Square) and Coinbase.

Fidelity’s Bitcoin 401(k) announcement in late April came more than a month after the Labor Department warned against such a move.

DOL in March said retirement plan administrators could be investigated if they opted to invest their employees’ defined contribution plans in digital assets including Bitcoin.

Plan fiduciaries — usually employers — are held to particularly high standards of prudence when it comes to choosing what investment options are available for their employees. Some investments, such as collectibles and certain precious metals, are prohibited. While DOL stopped short of throwing crypto on a no-fly list, it has “serious concerns about the prudence” of digital asset investments. That means the employer could be liable if an employee’s 401(k) Bitcoin holdings go bust.

Notably, Bitcoin is not yet planned as an option in any 401(k)s where Fidelity acts as a fiduciary, Fidelity spokesperson Eric Sandwen said.

In an April 12 response letter, Fidelity Head of Workplace Products and Platforms Dave Gray urged the Labor Department to rescind its guidance or revise it to say that it is not imprudent to include crypto in 401(k)s.

Fidelity’s Bitcoin 401(k) offering, which it plans to launch later this year, leaves the decision-making to individual employees who opt into the program through their employer.

The Labor Department issued its warning in part because of the lack of clarity around how digital assets will be regulated as well as because of concerns about scams, market manipulation and other fraud, Khawar said. There aren’t clear benchmarks for attaching valuations to digital assets nor are there rules around how plan administrators maintain custody of a retiree’s crypto holdings.

“We don’t know what regulatory changes are going to happen in this market, and who’s going to adapt to them better or worse,” he said. “Even if you are a strong proponent of cryptocurrency, I don’t think anyone has any certainty that Bitcoin itself is going to be the coin that succeeds in ways that others don’t.”

There are also questions about how Bitcoin or other digital assets would fit in the context of typical 401(k) investment portfolios, which are constructed to leave retirees with a dependable stream of income as they draw down their savings. AARP, the advocacy group for Americans over 50, argues that crypto’s recent catastrophic downturn is evidence digital currency is too dangerous for retirement planning.

“It is a horrible mistake to use crypto assets [for retirement plans],” said David John, senior strategic policy adviser at the AARP Public Policy Institute. “The last week to 10 days or so proved that point for us.”

Fidelity’s decision to move ahead drew a swift rebuke from Warren and Sen. Tina Smith (D-Minn.), who in a May 4 letter asked Fidelity CEO Abigail Johnson why the company failed to heed the Labor Department’s warning. The senators cited extreme price volatility, which they said is exacerbated by influences like Tesla CEO Elon Musk. They also asked about potential conflicts of interest related to Fidelity’s foray into Bitcoin mining.

“In short, investing in cryptocurrencies is a risky and speculative gamble, and we are concerned that Fidelity would take these risks with millions of Americans’ retirement savings,” they said.

The day after Warren and Smith called out the company, Tuberville introduced the “Financial Freedom Act” that would prohibit the Labor Department from restricting the types of investments permitted in self-directed 401(k) accounts. While Tuberville spokesperson Ryann DuRant said the senator’s staff met with Fidelity and crypto trade groups before the bill’s release, she said Fidelity played no role in crafting legislative language.

Traditional financial trade groups including the American Bankers Association and the Securities Industry and Financial Markets Association have lobbed letters at DOL questioning the guidance and demanding revisions as well.

“The government has no business standing in the way of retirement savers who want to make their own investment choices,” Tuberville said in a statement. “When you’ve earned your paycheck, how you invest your money should be your decision. My legislation makes sure that is the case.”

“Fidelity looks forward to continuing the dialogue on this exciting offering with federal regulators and policymakers consistent with our approach to many new services we offer our customers,” Sandwen said.