It’s not clear where historians will ultimately draw the line, but one could make a good case that the looming Dobbs v. Jackson Women’s Health decision marks the end of a Democratic century. The moral arc of the universe may have seemed like it was bending toward a liberal vision of the social world, but in fact much of that vision — including the New Deal and the Warren Court — was something of an historical anomaly, created by chance.

The judicial branch is a lagging indicator of party power, with lifetime-appointed jurists remaining powerful long after the president who nominated them has left office. Much of what’s happened within the judiciary over the past century has been an echo of a period of electoral dominance by the Democrats.

That period arguably began in October 1929, when the stock market crashed and the economy tumbled into a brutal, decade-long Depression while a Republican was in the White House. Up until that point, Republicans had been enjoying decades of national dominance in the wake of the Civil War.

The Great Depression lived up to its name. In the election year of 1932 alone, the U.S. economy lost a quarter of its value. Unsurprisingly, Democrats, under the banner of Franklin Roosevelt, won big that year. Roosevelt took 42 of 48 states, and Democrats picked up nearly 100 seats in the House and 12 in the Senate. An economic rally in 1936 helped produce another big win for Democrats that year. Further economic progress and fears of war garnered a third win for Roosevelt in 1940, and satisfaction with the war’s progress brought a fourth in 1944. Harry Truman’s come-from-behind victory in 1948 secured five consecutive terms — 20 years — of Democratic control of the White House, and Democrats held the Congress for 18 of those.

None of that was inevitable. If Al Smith had somehow beaten Herbert Hoover in 1928, the crash would have occurred on the Democrats’ watch, and they would have likely incurred the blame. If Roosevelt had followed tradition and limited himself to two terms, perhaps Republican Wendell Willkie could have won in 1940, possibly giving his party credit for World War II’s outcome. But the way history panned out, Democrats had a very long stretch of national dominance — which had even longer echoes on the Supreme Court.

Another peculiarity of American political history was in play there, as well. White southerners, among the most conservative people in the country on some issues (notably race), were strongly aligned with the Democrats for much of that period, thanks to their longstanding antipathy for the party of Lincoln. This ended up tempering some of the Democrats’ agenda but also securing large governing majorities for them.

The result was that Democrats almost exclusively named federal judges and Supreme Court justices for decades. Even when Republican Dwight Eisenhower assumed the presidency, many of his court appointees were relatively moderate (owing to Democrats’ congressional dominance and his own moderation). His administration was followed by another eight years of Democratic dominance. Of the 22 open Supreme Court seats between 1933 and 1968, 17 were filled by Democratic presidents. And Eisenhower’s five nominees included Earl Warren and William Brennan, two future progressive icons.

Democrats’ dominance of the courts during this era allowed for the success and duration of the New Deal for decades to come. Most of the progress on social issues that we associate with the Supreme Court emanate from that era. School integration, the right to legal counsel, abortion rights, the right to privacy, access to contraceptives, one-person-one-vote representation, minimum wage laws and more are products of that period of Democratic dominance. And as political scientist Kevin McMahon has written, Roosevelt’s appointments to the court paved the way for later civil rights advances.

In recent decades, however, those large Democratic majorities have faded. White southerners are overwhelmingly Republican these days. Today, the two parties are fiercely competitive at the national level; there really hasn’t been a dominant party in the last three decades. And the fact that smaller states have an outsized influence in the Senate and the Electoral College means that Republicans get a bit of an edge in naming people to the courts. Republicans have filled six of the nine open Supreme Court seats in the 21st century, despite only winning the popular presidential vote once.

And some of that seems the result of chance, as well. A few tens of thousands of votes cast differently or just cast in different states would have meant a different outcome in the 2016 election and a very different court as a result.

The fact that chance played a role in reshaping the law should not minimize the important work political activists did throughout this time. In the mid-20th century, part of the progress Democrats made came from labor unions, civil rights activists, feminist organizations and others who saw the opportunities created by the court and pressed their advantages. Their work did more than just change policy; it changed beliefs — about civil rights, women’s role in society, the status of LGBTQ people, and more. Many beliefs that would have seemed unthinkably radical 100 years ago are largely taken for granted today in a way that a conservative Supreme Court can’t reverse.

And the likely ruling to overturn Roe v. Wade won’t be exactly due to chance either — it was the result of a long intellectual push by legal thinkers on the right, as well as Mitch McConnell’s norm-defying decision to prevent hearings on Barack Obama’s Supreme Court nominee throughout 2016 and then rush through Donald Trump’s final pick in 2020. 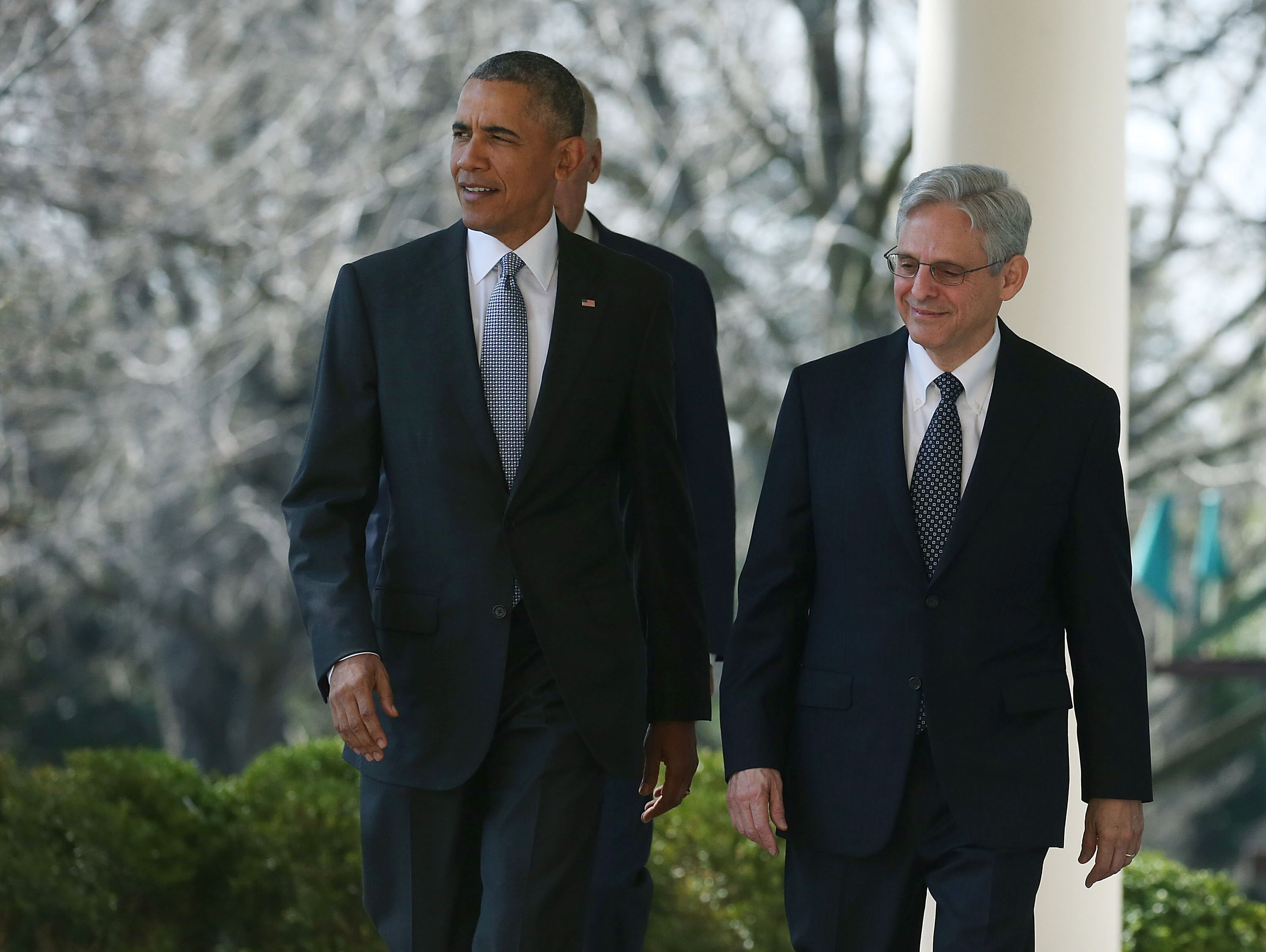 With that Democratic electoral dominance gone and the judges it produced long since departed from the bench, what we’ve seen in recent years is an erosion or reversal of many of the achievements of the mid-20th century court. Voting rights have been hollowed out, gerrymandering is permitted and abortion is on track to be curtailed or outlawed in nearly half the states, and this court does not appear to be nearly done with its work.

In many ways, this is a return to a traditional pattern. Through its long history, the Supreme Court has usually been a pretty conservative actor, in several senses of the word. It places limits on government action and a bias toward the status quo, but has also tended to rule in favor of established power. The court of the mid-20th century was an historic aberration, and it took a highly unusual set of circumstances for that to happen.

It’s not at all clear where this leads us, but liberals should not assume that history is on their side. If the courts are going to steer things back in the direction charted during the Democratic century, it will take a lot of organizing work and an ability to take advantage of the opportunities that chance provides.