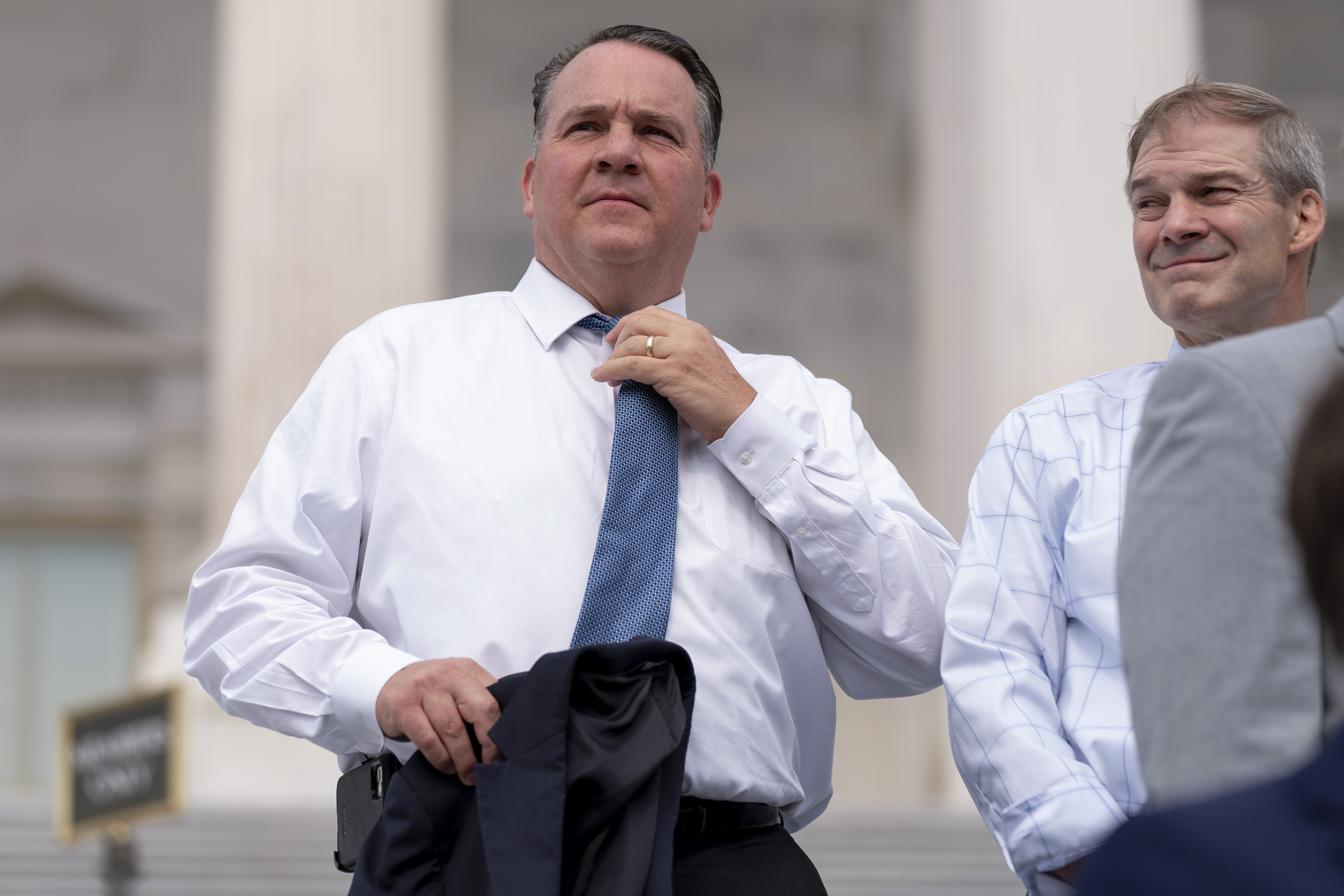 Mooney and McKinley were thrown into the same district in 2022 after West Virginia lost a congressional seat following the 2020 Census. McKinley tagged Mooney, a former Maryland state senator and party chair there, as a carpetbagger and attacked him over an ethics investigation, while Mooney highlighted his Trump endorsement and cast McKinley as insufficiently conservative, including for supporting the 2021 bipartisan infrastructure package.

McKinley is the first member of Congress to lose reelection this year.

Trump’s clout, the political merits of infrastructure investment and the resuscitation of eight-year-old carpetbagging claims dominated the race. McKinley believed there would still be a political reward for bringing back federal funds for roads and bridges — despite Trump’s opposition to the package. His support for it earned him backing from Gov. Jim Justice and Democratic Sen. Joe Manchin.

But Mooney bet that Trump’s backing — and a harder line on partisan politics — could propel him to victory. In the end, he was correct.

For McKinley, a civil engineer who carries around an American Society of Civil Engineers report grading West Virginia’s infrastructure as a “D,” his yes vote on the infrastructure bill was easy. To Mooney, a member of the House Freedom Caucus, the bill’s price tag was too exorbitant and filled with too many poison pills.

The bill received the votes of 19 GOP senators, including Sen. Shelley Moore Capito (R-W.Va.). But Trump personally whipped against it and vowed to exact revenge on any House Republicans who supported it. Trump endorsed Mooney after McKinley backed the bipartisan infrastructure bill signed by President Joe Biden last year.

Mooney also had support from Trump and the anti-tax Club for Growth.

This primary is one of many throughout the month that will determine the size of the GOP’s “governing coalition” in a potential future majority — members who are willing to strike deals to pass legislation versus adopting a more hard-line posture.

While Washington is focused on the federal race between McKinley and Mooney, the biggest statewide contest Tuesday is to replace the term-limited Republican Gov. Pete Ricketts in Nebraska.

Trump threw himself into the race to replace Ricketts, the co-chair of the Republican Governors Association, by endorsing longtime ally Charles Herbster. Herbster — who owes at least some of his fortune to selling bull semen — has clashed with Ricketts, and the outgoing governor unsuccessfully tried to convince Trump to not back him.

Ricketts threw his support behind Jim Pillen, a member of the state board of regents. And Herbster, Pillen and state Sen. Brett Lindstrom have all run close in polls of the Republican primary ahead of Tuesday night, with the winner set to be heavily favored in the state’s November election.
Trump has stood by Herbster despite the revelations in mid-April, reported by the Nebraska Examiner, that a number of women, including a sitting state senator, accused Herbster of groping or inappropriately touching them.

Herbster denied the allegations, and Ricketts and others condemned him. But instead of stepping aside, Herbster ran a TV ad comparing himself to Supreme Court Justices Clarence Thomas and Brett Kavanaugh. Trump rallied for Herbster in the runup to the primary.

The race will be one of the first major tests of Trump’s endorsement power in 2022, following Ohio Senate candidate J.D. Vance’s GOP primary win last week. It is also the first of three times this month that Trump is wading into a contested gubernatorial primary. He endorsed Lt. Gov. Janice McGeachin’s primary challenge to Idaho Gov. Brad Little on May 17, and Trump is heavily invested in former Sen. David Perdue’s bid to knock off Georgia Gov. Brian Kemp later this month.

Other House contests to watch

Democrats chose a nominee Tuesday to take on GOP Rep. Don Bacon in his Omaha-based swing seat: state Sen. Tony Vargas, the son of immigrants and a former public school science teacher. This is one of a handful of Republican-held seats that Biden carried in 2020.

Republicans also chose a nominee to replace former Rep. Jeff Fortenberry, who resigned earlier this year after a federal jury convicted him of making false statements to investigators during a probe of his campaign financing. GOP state Sen. Mike Flood easily won the GOP nomination — he jumped into the race even before Fortenberry bowed out. His primary victory all but ensures he will be the new member of Congress from this deep red-district.