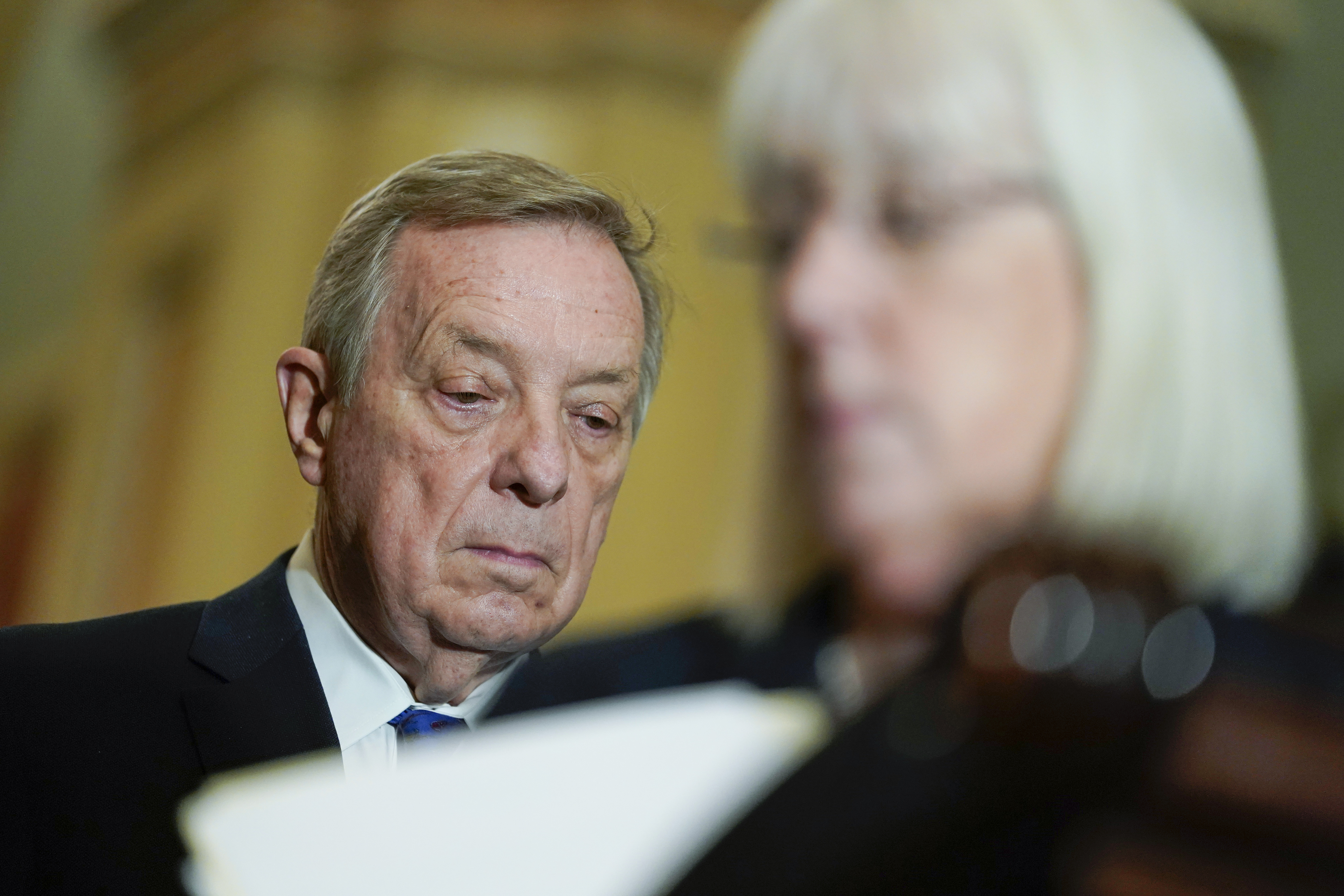 Two Senate Democratic leaders say they are willing to give Republicans a vote on reversing President Joe Biden’s move to end pandemic-era border restrictions, provided that the GOP then agrees to move a stalled $10 billion coronavirus aid deal.

It’s a notable shift in Democratic strategy, weeks after the Covid aid package was sidetracked amid Republican demands for an amendment vote on Biden’s decision to lift the public health-related border restrictions. Now that a $40 billion Ukraine aid package is moving without the Covid funding boost that they’d hoped to pair it with, Senate Democrats are warming to the idea of letting Republicans have a vote on immigration if that’s what it takes to prepare the United States for a fall coronavirus surge.

Sens. Dick Durbin (D-Ill.) and Patty Murray (D-Wash.), the caucus’ No. 2 and No. 3 leaders, said in interviews that the GOP’s desired vote is worth taking in order to shake loose the stalled Covid bill. What’s more, if they don’t give in, Republicans could make the same demand on other bills and potentially stallmore Democratic priorities.

“I’m old-school,” Durbin said. “Amendments on the floor, it’s part of the assignment. And now we have people scared to death of all amendments on both sides. And I think that really is taking away from this place.”

Still, both he and Murray said the decision was ultimately up to Majority Leader Chuck Schumer. The Democratic leader has called the GOP’s push “extraneous” and supports the Biden administration’s decision to end the deportation policy known as Title 42, following a finding by the Centers for Disease Control and Prevention.

Democrats are unsure whether they could defeat an amendment on the issue that requires 60 votes to pass, but Murray said she supported holding a vote to unstick the Senate floor: “All I know is, we need to get Covid funding done.”

Biden’s decision to end the policy is splitting the Democratic caucus. Several vulnerable incumbents have called for Biden to reverse course on rolling back the deportation limits, pushing instead for bipartisan legislation from Sens. Kyrsten Sinema (D-Ariz.) and James Lankford (R-Okla.) that requires the administration to have a plan in place to address an anticipated surge in border crossings. While the administration last month sought to appease those concerns by releasing a memo on its plan, some Democratic senators saw that as insufficient.

Democratic supporters of easing the Covid-related migration constraint don’t want to see the Senate take up a GOP amendment that’s likely to pass, given the interest from their own party’s senators up for reelection as well as those from purple states. In a 50-50 Senate, Democrats could only lose 9 of their members to vote against any Title 42 amendment at a 60-vote threshold.

“That’s not my decision, it’s the leader’s decision. But Title 42 has nothing to do with coronavirus [aid], and from my perspective, if Republicans want to play with the nation’s health security, they should pay a price for it,” said Sen. Bob Menendez (D-N.J.), who warned that Democrats should not fall for what he called Republicans’ “political trap.”

He also predicted Democrats would likely lose an immigration vote on the Senate floor.

Minority Leader Mitch McConnell has made clear that Senate Republicans will insist on the amendment vote before agreeing to move forward on a Covid aid package, even as the courts hold up the Biden administration’s decision ahead of its scheduled May 23 reversal of the policy. But Democratic aides cautioned it was unclear whether granting the GOP a vote would be enough to convince 10 Republicans to get on board with the bigger Covid aid package.

Still, for some Democratic senators, the vote on border policy is inevitable.

“Whether we should or not, I think we’re going to,” said Sen. Tim Kaine (D-Va.). “I’m a big believer that there ought to be amendment votes on bills. So whether or not it would be my preferred amendment … I think they’re going to say ‘Hey, if you want to have a Covid bill, we want to have a vote on this’ … That’s the way I’ve been seeing it for a while.”