ALBANY, N.Y. — Gov. Kathy Hochul was expecting to spend the last month taking a victory lap after completing her first budget deal and delivering billions of dollars for projects across New York.

Instead, the Democratic governor had her worst month in office since she succeeded scandal-scarred Andrew Cuomo last August.

She slogged through April cleaning up after her lieutenant governor’s federal bribery charges and resignation, deciphering court decisions regarding now-defunct congressional and state Senate district lines her fellow Democrats drew, and fending off criticism about millions of dollars of state funding she’s sending to keep the Buffalo Bills in New York. All of it led her poll numbers to sag.

But Hochul could be getting past the difficult stretch as a potential June 28 primary approaches.

Hochul this week announced a new lieutenant governor and running mate, Hudson Valley Rep. Antonio Delgado, just a day after she convinced the state Legislature to pass a new law allowing her former pick to remove himself from the ballot.

And she is diving into what may become a prominent national role in Democrats’ pushback to a draft Supreme Court decision striking down Roe v. Wade, rallying voters in New York and across the country who may now emerge in greater-than-expected numbers on Election Day.

“Abortion is on the ballot now,” Hochul told MSNBC’s Yasmin Vossoughian on Thursday. “People understand now: This is what happens when you don’t elect Democrats. I believe this is going to energize the base. This is going to shift the dynamic. Republicans are now going to be running scared in states all across this nation.”

The issue gives her campaign a specific voice and energy, something even her supporters had privately complained she has lacked. And it offers Hochul the chance to embrace a platform she’s spent years preparing — one that seems custom made for the first female governor of a big blue state like New York.

Within 24 hours, she had released two new digital spots focused on the issue — the quick turnaround a sharp contrast to the slower pace her campaign has taken in both television and digital advertising.

“Today was the day we attempted to retake the narrative,” observed one of her administration officials after Hochul held a press conference introducing Delgado, then joined most of the state’s top Democratic legislators in defense of abortion, and later rallied with abortion-rights protesters during an evening rally outside the Capitol.

It could be a turning point, said Jon Reinish, a Democratic strategist for Mercury Public Affairs.

“Between that and an out-of-left field choice — in a good way — on the lieutenant governor who gives her campaign a fresh shot in the arm, there are some real potential places of upcoming strength for her,” Reinish said.

Delgado, who has maintained a strong bipartisan record in Congress, “brings both the base and moderates,” as well as “a much needed new fresh energy and diversity to the ticket,” Reinish said. “And he’s one of the most talented and charismatic members of the New York delegation.”

But Hochul’s campaign will have to capitalize on these opportunities quickly, and some state Democrats say they’re not sure that will happen.

They’ve been frustrated that Hochul’s team has seemingly shirked PR opportunities to really sell her successes — like a final compromise to adjust the state’s bail laws that did not entirely alienate the reformers who initially wrote them.

And she’s shied away from aggressively countering her critics in the name of ushering in new, non-combative style of government. Some would like to see her on the offensive when it comes to a campaign narrative as Democrats fear a big year for Republicans in November.

“Everyone’s getting their sea legs, still, but it’s very late in the game,” said one Democratic legislative official, speaking anonymously to discuss the private sentiment in the conference. “I don’t think she’s in danger, but unless she steps up, it’s definitely a concern.”

Hochul will need to find a way to fire up large swaths of potential Democrats downstate, particularly Black and Latino voters who could be crucial to the party’s success in November, and others who say they’re still not sure what her convincing message will be to voters in the primary and then general election.

New York City Councilmember Robert Holden (D-Queens), who is supporting Hochul’s primary opponent, Long Island Rep. Tom Suozzi, said he doesn’t believe her plan with the Legislature to combat crime is robust enough to address the fears of his constituents. But ultimately, Holden says he and his district just aren’t as familiar with Hochul yet, while Suozzi had reached out several times.

“She’s done some good things, but we don’t know her,” he said. “We haven’t seen her. My district is more moderate, law and order, working class. Some of the policies we’ve seen under Hochul have been more to the left than we’re comfortable with.”

“I’d rather endorse somebody I know that is a proven executive than somebody like Hochul, who was really a silent partner to Cuomo,” he said. 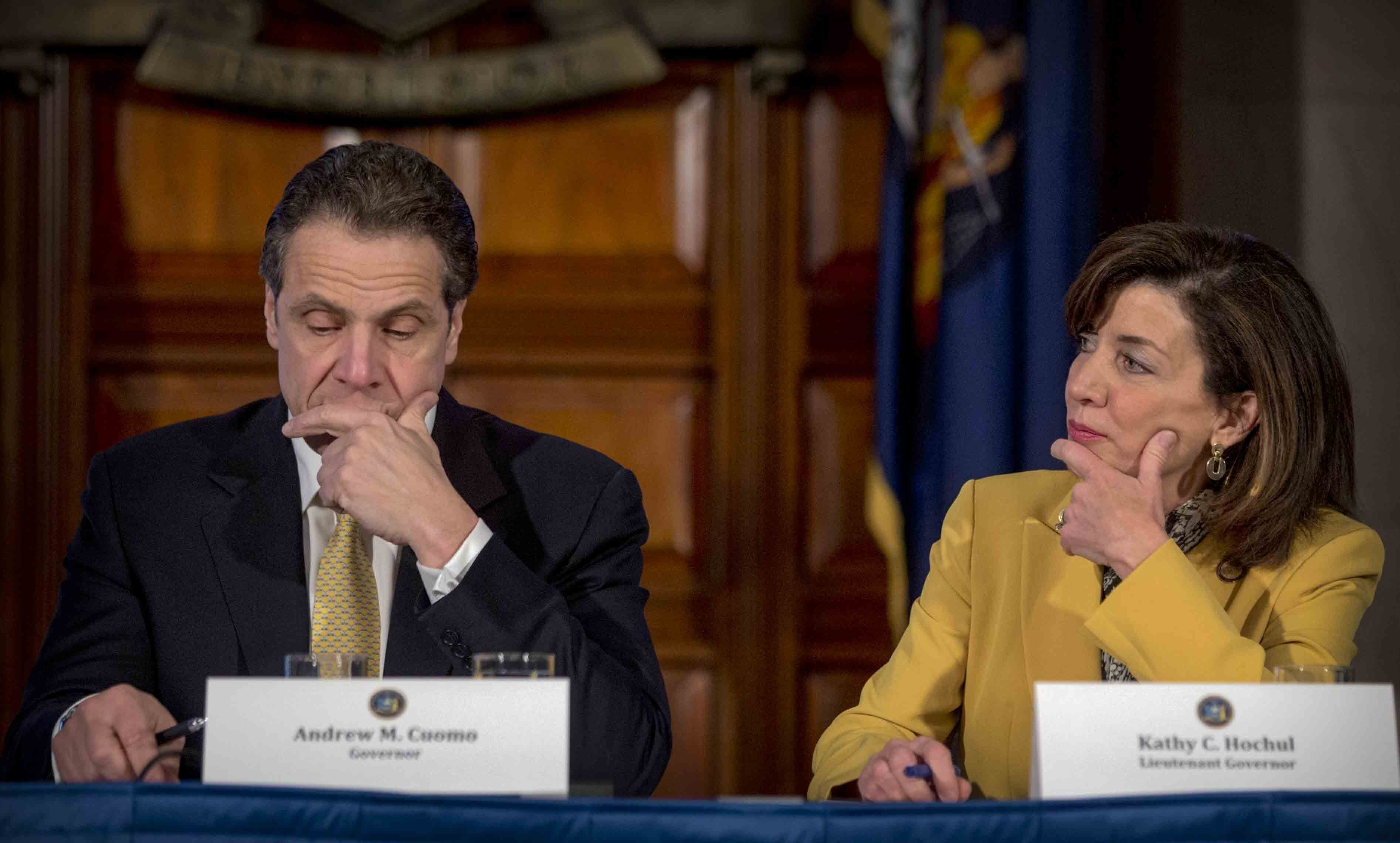 Hochul faces a primary against Suozzi and New York City Public Advocate Jumaane Williams. And there’s always the looming threat of Cuomo and his potential comeback.

The latest, according to people close to Cuomo, is that he is seriously considering a run as an independent candidate rather than jump into the Democratic primary field if petitioning is reopened due to the uncertainty over district lines for congressional and Senate seats.

An independent run on a new line on the ballot — which would require at least 45,000 valid petitions by month’s end — is being contemplated as a way to run as a moderate as Hochul seeks to win over liberals and Republicans try to appease conservatives in their respective June primaries.

Republican candidate Lee Zeldin, for example, has taken an anti-abortion stance that could hurt him with voters, Cuomo’s inner circle thinks, and allow an independent candidate to win a three-way race.

The idea, according to one of Cuomo’s closest advisers who was granted anonymity to discuss the matter, would be for Cuomo to double down on his recent rhetoric that “it’s about time we understand that this country and this state are only successful when we play to the middle. I’ll play to the middle.”

Another factor for all involved: Hochul’s polling sagged after the passage of the state budget, leading her foes to see an opportunity to potentially overtake her. Voters who said she was doing an “excellent” or “good” job as governor fell from 42 percent in March to 36 percent in April.

But if she embraces her advantages, she remains best positioned and funded of all the gubernatorial candidates, Democratic strategist Bruce Gyory said.

“Here’s her strength: Especially for a Democrat, the key to getting elected governor is the ability to construct a multiracial and multi ethnic, as well as a cross regional, political coalition,” he said.

“And right now, of all the candidates, she is the only one in either party who can do that.”

Joseph Spector contributed to this report.