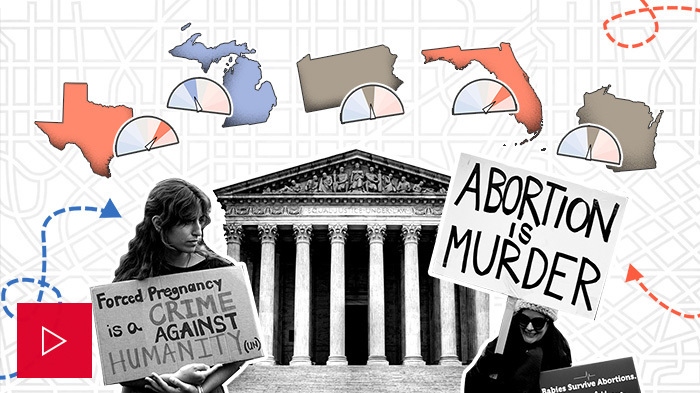 The disclosure that the Supreme Court has voted to overturn its nearly-50-year Roe v. Wade precedent is thrusting a new, hot-button issue into the midterm elections: abortion.

If the high court’s eventual decision does eviscerate federal abortion rights and return the issue to the states, it will shine the spotlight on the 36 governor’s races on the November ballot. The list includes major toss-up swing states like Pennsylvania — where, if Republicans can flip the governorship and keep control of the state legislature, they could approve new restrictions on abortion next year.

Meanwhile, two incumbent Republican governors with national ambitions, Florida Gov. Ron DeSantis and Texas Gov. Greg Abbott, have been at the vanguard of new abortion bans in anticipation of the Supreme Court’s decision. They’re both likely to win reelection this fall.

Watch this week’s episode of Inside the Forecast with Steve Shepard to hear more on how abortion rights could impact the midterms.