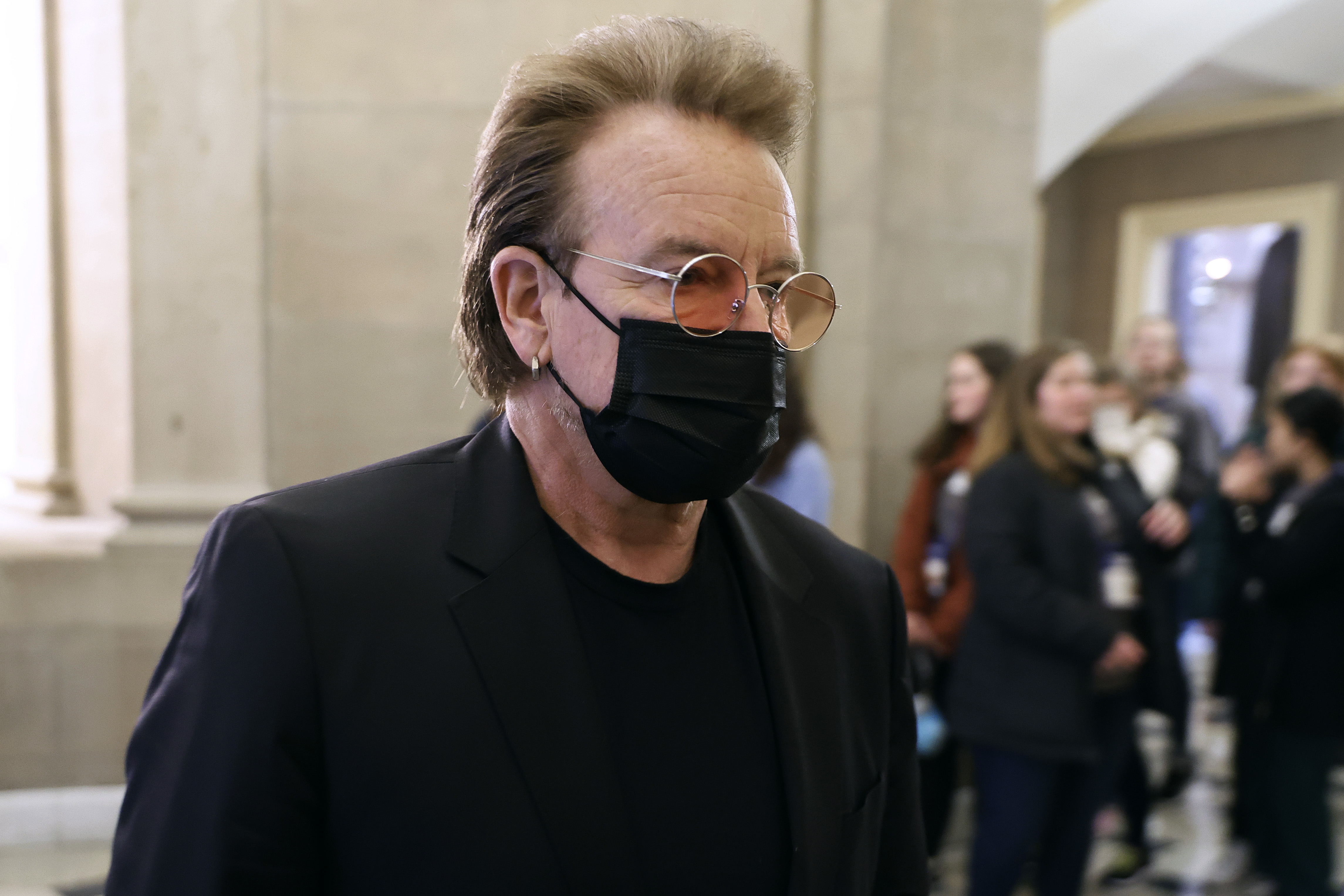 KYIV, Ukraine — U2 frontman Bono performed in a Kyiv subway station that serves as a bomb shelter on Sunday, showing his support for Ukrainians trying to fend off the Russian invasion.

The Irish singer has tweeted that Ukrainian President Volodymyr Zelenskyy “invited us to perform in Kyiv as a show of solidarity with the Ukrainian people and so that’s what we’ve come to do.”

Bono, alongside guitarist the Edge, sang the Ben E. King classic “Stand By Me” in the Khreschatyk metro station. He was joined by another singer in Ukrainian military fatigues.

He also visited Bucha, a town outside Kyiv where hundreds of bodies were found after Russian troops withdrew last month. The town is considered a possible war crimes site.